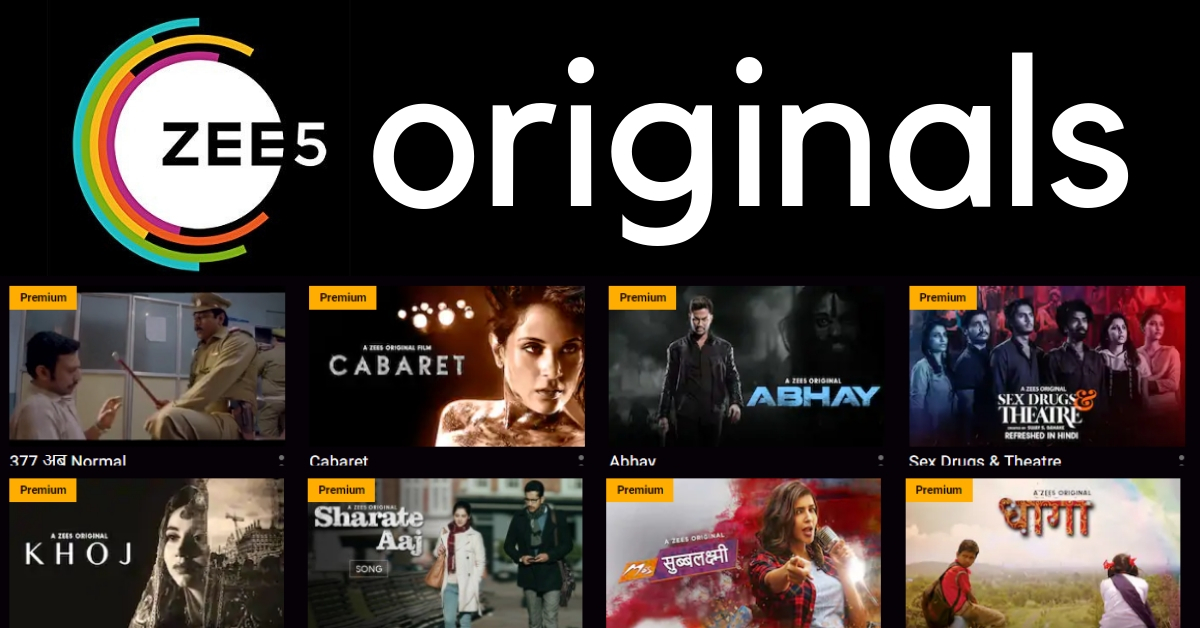 There has been a huge surge in the demand for quality entertainment during the lockdown, with online streaming becoming a very popular way to kill away the time for many people. One of India’s rising streaming platforms, ZEE5, has grabbed the opportunity and put out a lot of good, unique content on its platform, which has given a major push to its growth over the last three months. We will thus look at the top ten shows and movies on the platform at the moment.

This show is probably the crown jewel for ZEE5 at the moment. It has been one of the most popular releases on the platform, and had a buzz around it ever since the trailer was released. One of the contributing factors was the lack of shows or movies around casinos or gambling in India. The plot revolves around the heir to a hugely successful casino, and the attempts by the owner’s mistress to remove his son from the reckoning and claim the casino for herself. It has a lot of mystery, intrigue and thrill, with viewers being shown the world behind the fancy glitz of casino games in India. It is thus likely to be popular especially with gambling fans, as it shows a depiction of a top online casino.

Kark Rogue is a medical thriller, with the storyline featuring people with life-threatening and terminal diseases, who are attempted to be cured through supernatural means. However, as one may expect, the results are not always what were intended, and this makes for a thrilling watch for the viewer.

The Final Call is a show based on destiny, with the central theme that everyone’s destiny is predetermined and nobody can do anything to change the events which will occur in their lives. It makes for a spine-chilling show, and is based on a 2015 book, which showcases these events over the course of a flight from Mumbai to Sydney.

This is an excellent production, which shows the struggle and hard work behind India’s decriminalization of homosexuality in 2018. The title is a reference to Article 377, which was the part of the penal code which made it a crime.

Khaar is a historical drama, showing the events and occurrences behind one of the most significant events in the Indian independence struggle – the Dandi March. Mahatma Gandhi had led a march from Sabarmati to the salt pans in Dandi, hundreds of kilometres away, in protest against the salt tax imposed by the British Empire, and this also marked the beginning of the Civil Disobedience Movement in the country.

This crime thriller shows how personal and professional should never mix, as the investigating officer into a case allows her past life to get intertwined in a case she is looking at.

This is a ZEE5 production, and features a couple of Bollywood actors in a revenge drama. The plot revolves around a released convict, who then makes it his mission to go after the people who put him in jail in the first place.

Abhay is based on one of the most shocking cases in Indian history – the 2006 Nithari case, where two men were arrested for necrophilia and cannibalism, as well as multiple murders. Kunal Khemu is in top form.

Ruskin Bond is one of India’s most loved authors, and while he is best known for his children’s books, he is also an accomplished horror and thriller writer. This show is based on some of his best horror stories, making it a must-watch, but – at the same time – not one to be viewed alone.

This is another supernatural offering from ZEE5, with the central role being played by a card reader and clairvoyant, who manages to have some extraordinary abilities and powers through her interactions with the supernatural forces.

The Strange but True Stories behind Modern Wedding Traditions

How to Keep Yourself Positive During the COVID-19 Quarantine?