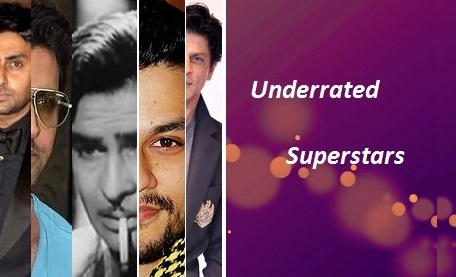 With each being pit as the antithesis of the other, ‘good cinema’ and ‘cinema for the masses’ overlap rarely. If you’re a Bollywood superstar, you are more likely to endorse the latter.

There is enough evidence to suggest that our superstars prefer an inflating bank balance over acting accolades, which explains why they’re mostly busy doling out mediocre stuff, hiding behind the decrepit alibis that movies are to be made for the masses.

The most underrated Indian actor by a landslide, Raj Kapoor, in my opinion, has his legacy carrying the stigma of ‘just a Chaplin imitator’ from decades now. Oddly enough, it never seemed to bother the man himself.

The blame for Raj Kapoor being viewed by this generation as merely a filmmaker/actor who resorted to titillation and clownmanship rests solely with satellite channels, which don’t air RK movies except for Sangam, Ram Teri Ganga Maili, Mera Naam Joker and the likes. It’s movies like these that have imprinted on our minds an image that throughout his career, RK was either acting up like Chaplin or objectifying women from behind the lens. The real Raj Kapoor, from the forgotten gems of the 50s, was an actor par excellence.

The bona-fide RK classics that deserve a far bigger audience seem to have been lost in the sands of time. Kapoor’s acting prowess can be seen in at least a 50 movies where he wasn’t imitating Chaplin.

Seven of Raj Kapoor’s best performances that come to mind:

The world remembers how the Hrithik Roshan became an overnight sensation, sending women all across the country in a tizzy, back in 2000. Since then, he has starred in several blockbusters that have made him and his distributors richer. And thanks to a certain Kangana Ranaut, he hasn’t been out of news over the past 3 years (not necessarily a good thing).

But, do the advocates of intelligent cinema consider him worthy? We haven’t heard them reciting homilies in his name, especially in the face of monstrously bad films (the very Shaktiman-ian Krrish 3) that Hrithik keeps on rubbing in our faces.

But none of it disproves that he is a very skilled actor who, albeit in small doses, has proved his mettle more than once. Thank God for Super 30! Hrithik stands tall among the most underrated Bollywood actors and superstars.

Right up among the finest actors of Indian cinema today, Kunal Khemu is criminally underrated – more by the film fraternity than by the fans.

Spunk, natural acting, and versatility, all of these happily co-exist in Kunal Khemu. Not many in the internet-verse would admit it about this dynamite of talent.

Despite all of this, Kunal Khemu’s career has never really taken off. Khemu can get under the skin of the character he plays seemingly effortlessly. But unlike Akshaye Khanna, who is often a subject of compliments, Kunal’s acting prowess has largely been unnoticed and unappreciated; this and the fact that his multi-starers do earn moolah is why I have included him in the list.

The word ‘Nepotism’ may have found its footing in Bollywood just recently, but Bachchan Jr. has been subjected to the silver-spoon barbs from 2 decades now. While I am of the view that there’s absolutely nothing wrong with you following in your father’s footsteps and him helping you get a start, but that’s a debate for another day. As for Abhishek Bachchan, here’s a fine, fine actor who’s struggled owing to, among other factors, his unconventional looks.

Abhishek Bachchan is among the most underrated actors in Bollywood has also been said umpteen times, but warrants another mention.

Biggest superstar in the world? Sure. Acknowledged enough for his amazing and uncanny acting skills? Not quite.

The King of Romance has another throne to worry about – King of superstars who don’t garner a lot of respect for their acting prowess. While this statement may not have been accurate a decade back, those who have mostly followed SRK through duds like Chennai Express, Raees, Dilwale, and so on have no reason to believe he is an actor worthy of his title.

There was also Fan, but a ridiculous second-half obscured what was arguably the boldest and one of the best roles in decades.

When they are on top of their game, you don’t need any immersible angles. Scarring the skin of their character layer by layer, they showcase the range of their natural impulses. Just don’t count on them to do that too often.