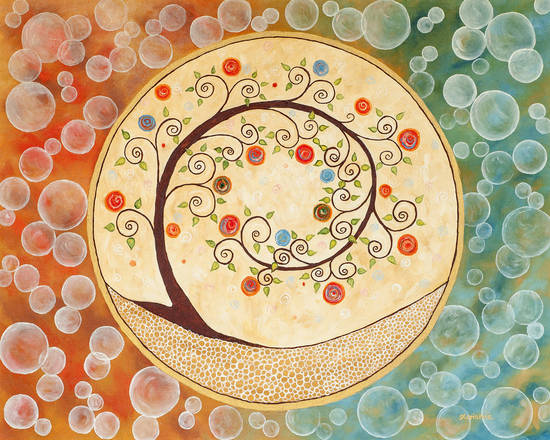 I’ve been going in circles, at times like the serpent desperate to eat up its own tail – and have often thought about the dreadfulness of consuming one’s own self. If you’ve read it correctly – I said – consuming self, not consuming in one self.

And through this task, I’ve learnt that while life comes in a full circle, there are very few companions who’d become your path mates even in the finite composition. Nah – humans can be left out of the door if you are looking for company. They’d rather not accompany an emotionally charged atom bomb. Who knows one of them might be the cause of a catastrophic explosion! Coming back to the circling philosophy, it’s really a question each philosopher has given much thought to. Each has established equally beautiful answers to the potent questions that human life encounters yet- each has failed to counter with pertinence.

As a poet – or someone who desires to be known as one – the offerings of a birth engulf me from my restless senses to my fluttering heart that can only be appeased by an outpour of words. Sometimes the gibberish in my head gobbles up so much of the space inside that a sudden rush of uneasiness leads to a sudden outburst of a fanatical piece shouting straight in the face of a lazy world that is static and stagnant to the idea of uprising. Standing up for your rights is almost as impractical as it is for that of the society. Individually, we are weak – and so – as a society we stand pathetic. Mostly, it’s thought of as the other way round – that because the society is such, so is individual’s compliance. Vicious circle you might be thinking – yes- it’s the same one I talked about in the beginning. That’s how the serpent eats its own tail: by trying to catch hold of something outside it, but unfortunately that something is an inside issue directed at the self.

Madhubala – A Confluence of Severance