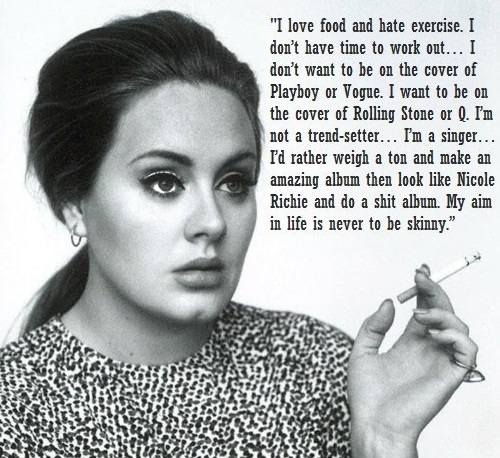 The world has always been in pseudo cognition. The ways of the world are such that YOU CAN NEITHER FACE THEM NOR FIGHT THEM! What strong conviction it has in everything that it lays on the tray as a fact. What pride it takes in labeling everything right from things to people to animals.

Here, being skinny is being anorexic, fat means overweight, friendly equates to being fake and being quite is taken as being rude. And, if you though it was tough to survive, try escaping! It’s overwhelming to be picked upon by social norms on which no fits as ‘normal’. Nevertheless, each one to his own! In the end you can be what you want to be. For no matter what, you’ll still be judged.

So, here is on being fat. A word that is almost synonymous to ugly. Is it really the worst thing to be? May be yes – if it didn’t have some awesome advantages!

You Get the Attention: Are you the fatso in your family? Chances are you get all the care and attention. Mom cooks special weight-watching recipes for you. Defends you from the bad, bad world and soothes you when someone calls you FAT.

You Get THE ATTENTION: It happens perchance that there are just a handful of you everywhere you go be it the mall, the university or the grocery store, chances are that the majorities eyes will be fixed on the minority. And, if you turn out to be a confident, chirpy kind, chances are a lot of smiles will be returned to you for no reason at all. Fat people often have the most charming of faces, which is fresh and radiant. That’s something that skinny people lack! You Get the Biggest Couch (And the entire seat in the Metro): Thin asses can adjust anywhere and anyhow. That’s why they HAVE to adjust. Fat asses need space. They can’t share one. You gotta give them space or they’ll make some. RESPECT!

You Live Longer: Research has it that overweight people beat the rest on only by the numbers on the weighing scale but also by the number of years in their life!

Last but not the least, is you are an Indian and fat, you will never be chased by anyone into getting married! That’s the best thing about being a fat Indian, you can stay single as long as you want!

Winter Wonderlands that You’ll Get Wowed By

Tips for Protecting Yourself in an Increasingly Dangerous World