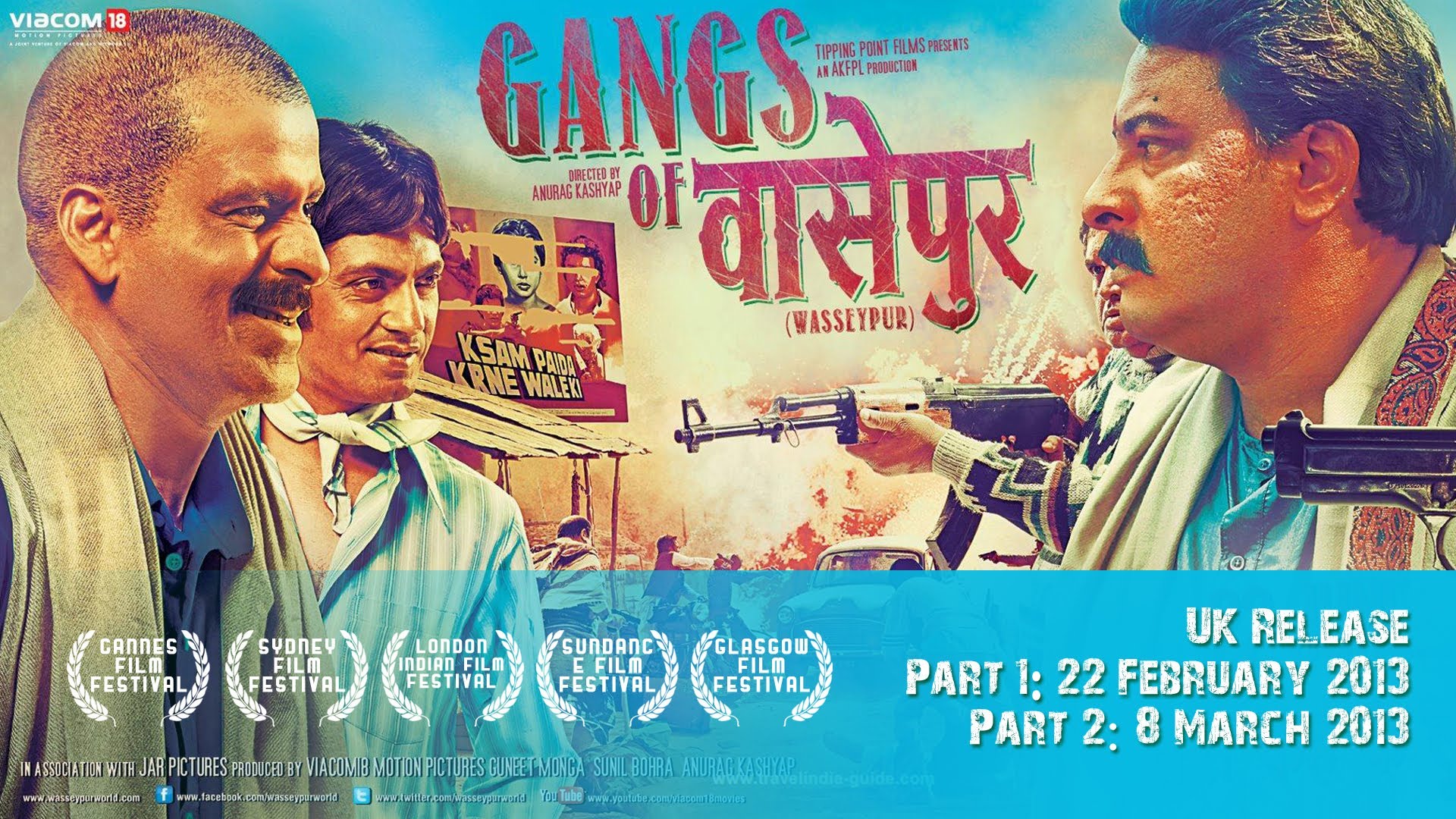 All song and dance, creatively lazy, and high on melodrama – that’s how an average American, like me, stereotypes Bollywood films. The truth, however, lies somewhere between ‘not quite’ and ‘clearly no.’

As an American, I have been fed that Indian movies rely solely on their usual troupes – colors, beautiful song and dance routines, and good looking people.

Well, I am not gonna go on and on over how wrong the notion is. In the last 5 years I have started watching Hindi films, I have discovered! I’ll put out this list of some of the random masterpieces, in no order, that people should know Bollywood for. Epic is the word that comes to mind when I think of this well earned 6 hour long Anurag Kashyap gem. It’s Tarantino meets Scorcese. Watch for yourself. Another Anurag Kashyap film that defies the genre it’s made in and branches out in different directions, but with a sense of structure. Shahid Kapoor has mostly done those chocolate boy roles, but trust Vishal Bhardwaj to change that and bring the best out of him. They have done another movie together, but Kaminey for me is one fo the decade’s best by any actor. If watching a film that inspires you and leaves you numb, you have a company. I had a lump in my throat for hours after it was over. Aamir Khan is ever so reliable, again. Not many comedies leave you feeling inspired and in splits at the same time. This gem does both. Easily the best work of Rajkumar Hirani. There is another thing in Bollywood which I don’t find much back here in the States. They make way more women-centric films than Hollywood. This one is SRK’s best work. A cross between a coming-of-age tale and war drama, Lakshya has Bollywood’s Greek God in his elements. Wish Farhan Akhtar could go back to making such movies. For large part of his career, Akshay Kumar was known as an action star. Things have changed, for good. You can clearly see how brilliant an actor he is. Suspense thrillers are not Bollywood’s strong suit, but wait till you see Johnny conning and killing his very own. This is one of the most intelligent thrillers I have seen in years.

They say It’s the best sports film ever made in Bollywood. I don’t know about that, but it sure as hell is a classic in the making.

It’s apparent that I am sucker for Hindi movies now, so much so that my interest for movies made back home has waned off considerably. That said, I’ll always remain a Judi Dench superfan.

Fat is Fine: The Awesomeness of Being Oversized