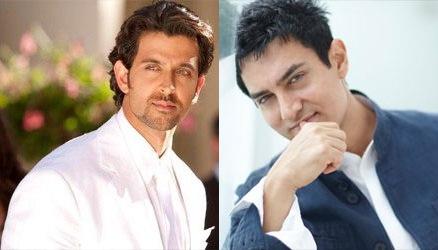 That the box office is the ultimate judge of a movie is what trade pundits believe. And it would be a fallacy to believe otherwise. But if living up to this adage means producing brainless entertainers, we take serious offence. Thankfully, a crop of our leading actors are driving forth movies that are a mix of entertainment and thought, at the same time, raking moolah at the box office. Here are the top 5 actors, who we believe, have got the balance right: They call him Mr. Perfectionist. We believe them. From his first lead role, in Qayamat Se Qayamat Tak, to his first TV stint with Satyameva Jayate, Aamir has symbolised a dedication to his craft only a few can match.  His name is a byword for innovation in an industry that prefers to conform. Whether it is in marketing Ghajini by having employees of multiplexes go bald or in producing truly offbeat movies like Delhi Belly and Dhobighaat, Aamir Khan never conforms. His spirit of independence and his unique approach make him one of the most respected stars in Bollywood. The Kapoor khandaan could not have asked for a worthier successor. The expectations that come from being a grandson to Raj Kapoor, son of Rishi Kapoor, and a cousin to Kareena & Karishma Kapoor, could have easily burdened him down on the mat. That, he has lived up to the family name while carving out an identity for himself, is in itself worthy of applause. He’s already giving the Khans a run for their money and has meaningful movies like Barfi and Wake Up Sid to his credit. He’s the hottest young actor in town and is nudging Bollywood into the direction of producing meaningful cinema that also has a strong box office appeal. The intensely private Hrithik Roshan commands a loyal fan following that has grown multifolds with time. He’s a doting father, loving husband, conscientious professional and an amazing actor, all of which makes people like him even more. His transformative role in Zindagi Na Milegi Dobara, and his reprisal of Amitabh Bachchan’s role in the cult hit Agneepath, were both loved by audiences and these movies have become blockbusters. We hesitate to call Nawazuddin a star. A man, who once worked as a watchman, and has a past burdened with disappointments and struggle, Nawazuddin is currently the toast of tinsel town. His magnificent portrayal of Faisal Khan in Gangs of Wasseypur I and II have made him the natural choice for strong character driven movies. His acting draws in multiplex audiences in droves and the movie collections, though nowhere near 100 crores, are strong enough for him to be in our list. It has been ages since Bollywood produced an actress with the level of talent, charisma and box office appeal as Vidya Balan. Maybe Madhubala could come into the same bracket as her but otherwise, few qualify. From Parineeta to Kahaani, she has enacted in some of the most path-breaking movies of the past 15 years. It helps that she also has a solid box office lure which is independent of the actor she works with. She may not yet compete with the Khans, but combined with the kind of movies she makes, she packs a solid punch.

Do you agree with this list? Comment below and mention who you think are the defining actors of this generation!