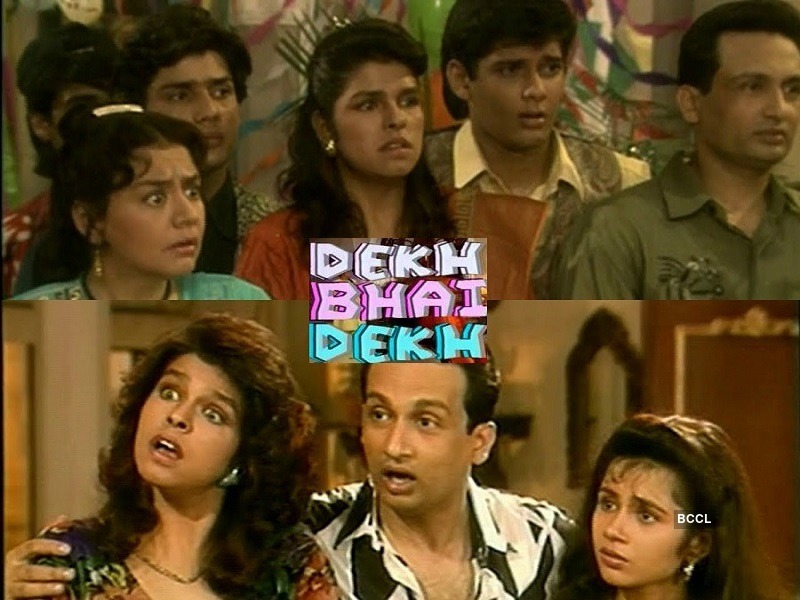 With the advent of several cable channels, Doordarshan might today look like a totally lack lustre channel, however, there was time when the only channel to watch on television was Doordarshan. Such was the effect that television itself was then called Doordarshan!

Later on, as technology developed, Doordarshan started a new channel, DD2, since then, the initial Doordarshan was known as DD1.

Here’s a quick go through about the kid’s special programmes on the channel, DD1.

Main Story: Strange world … kids desire to grow up, while grown-ups miss their childhood days. But many have truely said, childhood is the best phase of all the phases a human life goes through. And one reason to make childhood a memorable are the cartoon characters we were free to watch. The cartoons of date have changed a lot, with some getting violent, some going over-board, some showing total lack of parentship, some showing kids going wayward.

The cartoons that play on TV now require parental supervision to guide their child through right and wrong. What importance does a cartoon programme if it needs guidance to be watched? Shouldn’t the cartoon programmes be made for the fun element the kids miss these days?

Here are, however, a few shows, not only cartoon shows, that were total fun during the 1990s:

Who can ever forget that naughty, chirpy face of Mowgli and the title track, ‘jungle jungle baat chali hai’?! The show had some of the most memorable animated characters, like Bagheera, Baaloo, the evil Sherkhan.

This wasn’t a cartoon show, but a family show, which the kids of 80s and 90s were allowed to watch on their without the guidance of their parents. The gang comic characters of the show included Shekhar Suman, Farida Jalal, N.K. Shivpuri, Sushma Seth, etc., playing the various members of a family.

Those were the days when we had only live and respect for Ekta Kapoor. That changed fast, of course, in a matter of few years. No, not exactly with Kyunki saans bhi… That show still had some fans among diverse age groups because it was a first of its kind. And then a deluge followed.

Back to Hum Paanch, we never really got bored of watching sweety running to open the door whenever the door bell rang, but not without a performance. And, of course, her flirting with boys was just a treat to watch. Then the ever endearing Anand Mathur and bis troubled life.

The name itself would make many start humming the jingle, ‘zindagi toofani hai, jahan hai, Talespin.’ Well, this half-an hour animated series had Ballu, Kit, Baby bear, Louie, Rebecca Cunningham who was better known as Madam Mahalingam, some air pirates. Researching a bit on TaleSpin will show that the show was loosely based on The Jungle Book.

A well-known character Aladdin, based Arabian Nights, was one of the favourites because of the characters of Genie, Abu and Iago. The story was basically a love story showing how good wins over evil.

“D’ja think I’m a cowboy” had become the punch line for many school kids, who’d show off being powerful. The heart-winning character was one of the best way for many mothers to make their kids eat nutritious things like spinach.

The cute innocent looking dog, Scooby Doo and his shabby owner, Shaggy, along with his friends solved the haunted mysteries every new episode. The dog with his antics was always loveable.

The story of Duck Tales revolved around a three chirpy ducklings, Louie, Dewey and Huey and their Uncle Scrooge. While the ducklings were naughty and cute, Uncle Scrooge was a miser and a thirst for gold and money.

I Dream of Jeannie

Not less than any cartoon programme, but not an animated series, this show was about a Defence personnel of US and his Jeannie, who’d play various tricks, create troubles for him, take him out of those troubles. The antics of Jeannie were cute at its best.

This was one show which lasted for a short time but the central character, a ghost, was cuddly one, quite much looking like Casper, who had the capability to go invisible into the thin air. It was also the first animated series totally made in India.

Totally based on the collection of short stories written by R.K. Narayan revolved around the life of a child, Swami and his friends.

Other than these there were shows like He-Man, SuperMan, Didi’s Comedy Shows, Spiderman, Potli Baba ki, Danasurr, Stone Boy, etc., that were loved by the kids back then. With the kind of shows that were made back then, which were specifically made for kids, did not ever need parental guidance, neither were the kids ever denied watching any of these shows.

To read more about Rajasthan news in hindi, You can browse: First India News Rajasthan Channel.

The Promise of the Last Scenes