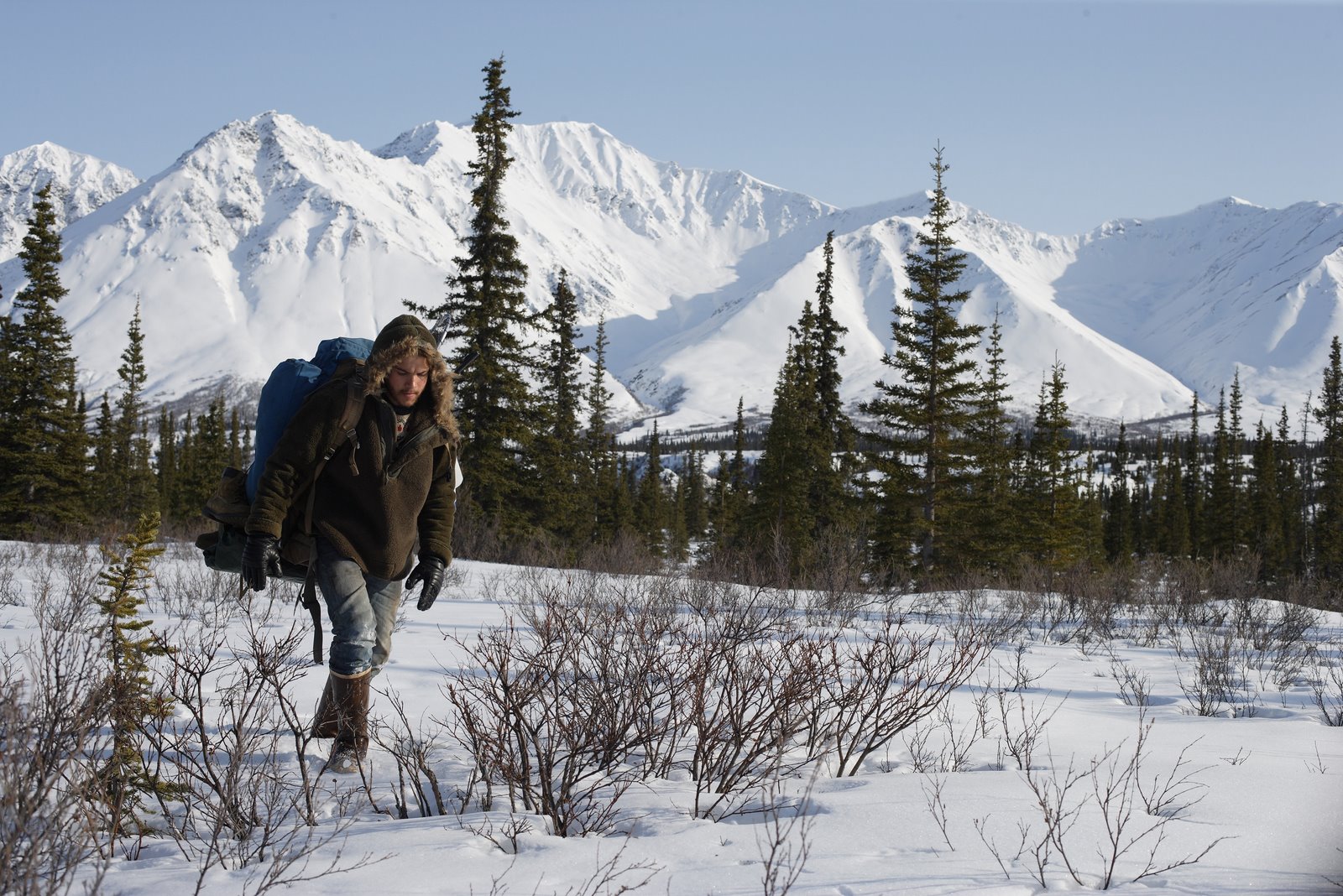 Like many of those not much talked about gems, INTO THE WILD, gets lost in the frost and chills of awe that touch a million souls but surpass the brain-wiring of millions too. Caution for the drama lovers (those who amuse themselves with dance numbers, grueling stunts and super hero fantasies) this one flick might just not be your type. OR it might turn out to be an unexpected experience that might change your preferences for a life-time.

THE BUILD-UP FOR THOSE WHO HAVEN’T WATCHED IT

Christopher McCandless wants more than a new car, a bright future at Harvard Law School and his parent’s dreams. He is looking for freedom from a life of restraints and responsibilities. He donates all his savings to charity, culls his belongings into a backpack and sets off towards the Alaskan wild.

This film was adapted from a book stitched together from conversations with real people who met Chris on his journey towards realizations about life, love and death. Watch it for Emile Hirsch, Sean Penn’s directorial brilliance and one of the most memorable background scores in cinema by Eddie Vedder.

EXPERIENCING INTO THE WILD

I detest encounters with people who ask me whether I have watched a particular film I haven’t and then roll up their eyes into their heads to exclaim “Are you serious? You haven’t watched Sholay? But you must!” (I’ve tried watching the film seven times – Power cuts, Cable strike, damaged DVD, urgent work… My close friends understand my predicament if I explain a situation in my life by saying “The Sholay Jinx”)

I turn into one of those people when I come across someone who is yet to watch “Into the Wild”. If you haven’t, you must. I watched it at a point in my life when I was lost and didn’t know it (the only difference from then and now is probably that I’m still lost but I know it). I had people I loved but I took them with the indifference with which I used to breathe. It wasn’t a big deal. The story of Christopher McCandless burnt itself into my brain like ember from a fire. Once I was finished with the film, something snapped. I was finished – the “I” that I knew back then.

I remember I was alone for Diwali in Mumbai. All my friends had returned to Kolkata. I was suddenly filled with an intense urge to reach out and tell another human being how much I love him or her, that I value the presence of love in my life.

The feeling washed over me as such a massive wave that I went through my phonebook and realized that there was no one I could call and verbally communicate the immensity of the gratitude I was feeling. I broke down at the fact that I was incapable of reaching out when I wanted to the most. My vocabulary failed me. My sanity deserted me.

DISCLAIMER – That was my experience. The film messed me up more than I was, but in a way that now, feels strangely necessary.

3 Ways to Step Up Your Self-Care Game