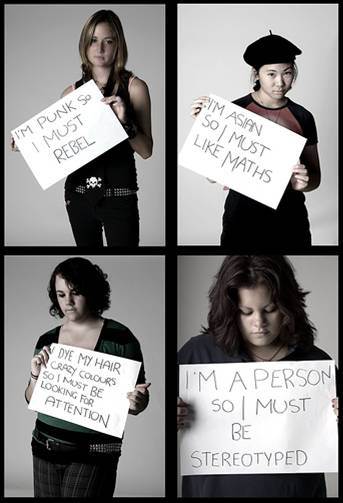 I don’t judge others. I say; if you feel good with what you’re doing, let your freak flag fly. ~ Sarah Jessica Parker

You know that not-so-rare feeling, when you pour out of a meeting/date/encounter/justaHi with someone, not so pleased, and every word is like ‘He isaTiredOldHokum, ”’SheIssoDumb’, ‘SheIsSoWannabe’, ‘ThatFaceIsScarierThanaBoogeyman’s’ ThatSenseOfHumourBelongsToPariahs’ . But, between that and the fact that you are so damned judgemental, you often end up misunderstanding some poor souls. Here are your most likely victims: (No, not a thing to do with religion). So, you had only 2 out of 10 odd people who felt The Amazing Spiderman totally, completely sucked. And you swing sobriquets like pseudo-intellect right into their laps. In a room full of giants and dwarfs, they sit quietly as ordinaries. Sometimes they do find champions to carry on their disdain at popular choices. But on more than one occasions, they appear as sitting ducks in one corner. Now, taking off from The Amazing Spiderman example, what if they genuinely don’t have a problem with Superhero stuff? What if they genuinely found the rehashed second Spiderman series ‘made for toddlers’? What if they are suckers for Batman!

‘Introverts are Ignorant, Social Wrecks, and They Just Can’t be Public Speakers’ Eh? It’s not those maudlin feelings we are talking about here. Yes, they sure are taken as people with not a lot of passion, but introverts have far more things to worry about. To begin with, they aren’t given a lot of credit ‘ohthatshitreallyworked’ kind of stuff. Common perception: they don’t talk much, so they don’t know much. At the most, you would give them credit for being brooding. More often than not, that brood is perceived to be a maudlin behaviour heading nowhere, defining drag-ass.

Now, to begin with, introverts don’t hate people or being around them. Now, they may or may not be an entertaining company, but even the worst of companions can set the stage on fire with only their speech.

‘That Little Wise Guy with a Big Mouth is Actually Being Honest, Straightforward’ Really? How many loudmouths do you know? And how many times you have felt like defending their rude behaviour with decrepit an alibi that they are just being honest?

If only, the difference between utter silliness, blatancy and assertiveness was duly understood! The loudmouths can be self-swarming idiots or miserably cynical, but they are all around us. Not everyone is quite taken by them, but there are a lots who like them for their supposed honesty. Teenage spells idiotism for some, if not for all. A 16 year old may be carrying a bewildering labyrinth of wisdom, but not so subtle way of showing that is often seen as a gaudy virtuosity. Well, you may be right, they are immature, but they aren’t half as dumb as you would give them credit for. What if your boss isn’t really a bitch for stalking you to adhere to the deadlines? What if his/her ass is on stake if you don’t? Spare a thought for your cruel boss as that poor soul may be crumbling between you, client and their own boss.

4 Mean Things Your Boss Says That Make You Hate Him