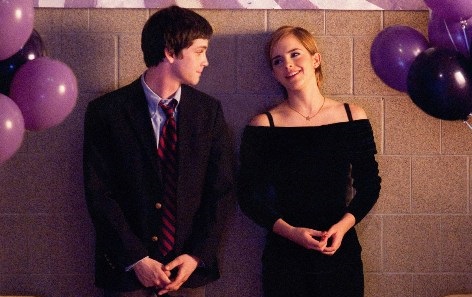 Yes, yes, we all get it. We live in a fast world with fast cars and fast turnarounds and fast forward dreams. There’s no time here to sit and stare, leave alone sit and let the romance stew.

But who amongst us doesn’t have fond memories of romance, as it used to be. And no matter how much we swear by our smart Apps, we still miss the ‘old-fash romantic ways’ of those ‘old-school simple days’!

Ah! The good old love letter that’s brimming with passionate promises, laced with undying love and sealed with a kiss. Written in hand, stuck with gum, posted with love. Remember those days when parting from a partner meant writing and expecting a letter everyday, to make up for the absence?

Or, carefully selecting a Hallmark card that would amplify the spirit of Valentine’s Day? Well, those days are far gone. All we’re left with is the hurried whatsapp text crowded with emoticons and short forms and acronyms. That’s if you’re lucky. If not, all you’ll get is a forward on love. One that’s been sent to a hundred others, in all probability.

On radio, at fetes, at college socials, at group picnics, at birthday parties. Those shy song requests that would make your heart spin like a top. One that would inevitably begin with “I’d like to dedicate this song to someone who is very dear to me and whose name begins with A” or something as covert as that.

But then the song would play – “Wise men say, only fools rush in…but I can’t help falling in love with you” And the message would be clear! No Boom Boom, no YouTube Share, no karaoke! Just simple requests.

Everything was hush-hush. Only the best friend knew. Never the parent. Probably the younger sister. But never the boss or the colleagues or the world or Facebook. It was so much more exciting too.

College hours so much more precious since the campus was the only place you could hang out openly with your guy or girl. Now, everyone knows whether you’re single or ‘complicated’ or ‘married’ or ‘open’.

If it’s not out there, it’s not important, as some say.

Back in the days when not many of us had jobs in college, partying at night or drinking was an activity reserved for ‘rich snobs from rich snobbish families’.

For the middle-class however, there was hope in sun discs. An activity that involved college students going to dance at discos during the afternoons. I still remember us all carrying changes in our college bags and changing into short skirts and shiny tops in the Ladies Room, only to transform into Sun Disc Divas moments later!

And boogeying the noon away….but turning into a pumpkin was important, as soon as sunset struck! Ah, the days of being grounded by parents!

When sex was still taboo, when kisses happened between roses, when ‘proposing’ to a girl was as far as a guy could think….Stolen kisses were magical.

At terrace parties, at discos, at dandiya nights, sharing a kiss was a big move. In fact, it marked a benchmark in a relationship…a mark of ‘him’ or ‘her’ having made things ‘more serious’. And a kiss meant a lot more than a drunken snog or a ‘friends with benefits’ making-out.

Today, kisses are exchanged merrily and forgotten the night after. Pleasant of course, convenient for sure, but unforgettable…rarely!

The Days of Youth That Were

I dread to think how love will be in the generations to come. But for now, some of us can still sit back on a Sunday night, sip some wine or whiskey and look back at the days when romance was far more special, dating was far more discreet and love was far more lasting.