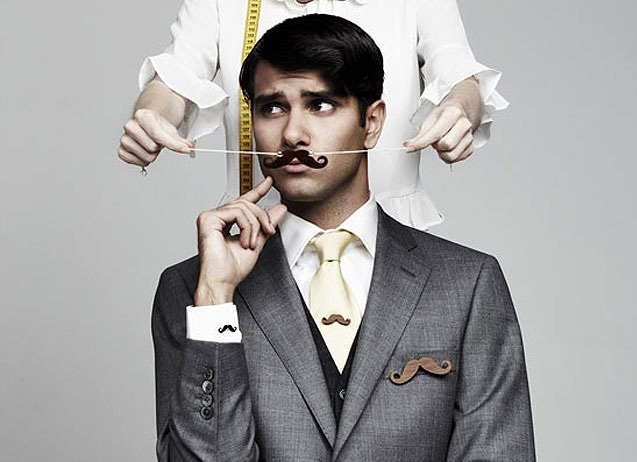 Good guys are rare. As rare as finding beef fry in Gujarat or vada pav in Kerala. You get the point. The fact is, all of us women want men who are honest, well-groomed, respectful, funny maybe and above all, worthy of being called a gentleman. But the sad truth is, when they come face-to-face with us, we’re often reluctant to let them into our worlds. Truth is, the gentlemen are not often given their due. In a world that’s increasingly challenged by equal-opportunity flag-bearers, being a gentleman can sometimes be as questionable as being a lady.

Take the other day when I was in conversation with one such gentleman. Inebriated beyond comprehension, he was confounded by whether being a gentleman was a curse or a blessing. He recounted a fairly amusing anecdote about how he drinks rose wine and loves to buy the occasional pink shirt. As also, the monthly pedicure only because he is too lazy to cut his own nails. Of course, all this has made him the butt of a lot of jokes. And surprisingly, the one who were most amused were women! Of course, true to stereotype, I smiled too and ribbed him a lot. But the point remains: Do we secretly snigger at men who go against the grain and wear pink? Drink pink?

And What About Manners and Chivalry of Men

What about men who pull out chairs or open doors for women? Not always are their gestures met with smiles and ‘thank yous’. A lot of men tell me stories about how women find it irritating, even patronizing. My now-married friend tells me he has spent countless days and nights, wondering what his code of conduct should be when he approaches a date. Once, he recalls, his offer to pay the bill was met with cold disdain.

The funny thing is, that women go to town asking where the good guys are. But suddenly, when they encounter one, they ignore him completely. Only to heap attention over the rakish ‘bad boy’ type who has “been-there, done-that”. And the good guy who’s asked you out for a simple coffee is left wondering what he did wrong?

Of course, some good guys also face the despair of being at parties where single women will lavish him with praise. “You’re such a good guy ya…you’ll make such a great boyfriend” or “If only you weren’t such a good friend, you’d make an excellent boyfriend”. I always think that such guys must go home and punch themselves in the face, for being nice. Why is that good guys end up being the friend? Never the boyfriend?

Is it the fact that we women are suckers for power? And experience? And swag? And wit? And we’re quick to judge someone who doesn’t measure up. Of course, we won’t admit it. We’ll always cloak it up in something we conveniently can pass off as ‘I’m just not interested…we don’t share any chemistry”. But if we stop to think and examine within us, we may find an answer that is far more compelling.

This is not to say that all gentlemen are to be snagged and snogged. This is to say that gentlemen are rare and must be celebrated. Not just by making them buddies, but by giving them an opportunity to date us. To woo us. And be woman enough to appreciate a man. As I said, gentlemen are a rare breed. And nothing can be more endearing than being in the company of one.