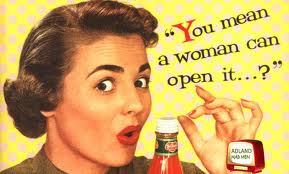 Cliches about women are abundant. However, some of them seem to have gotten phased out, at least in the metros. Or so, we hope. Like a bad penny, some of these cliches raise their ugly head now and then and remind you of the cultural regression that somehow never really gets buried. Just so you know what I’m talking about, here are some:

1. Women who smoke/drink are ‘modern’ and ‘bindaas’ Remember the good old movies of the 50s and 60s when a woman holding a cigarette and a drink was all it needed to establish her as a vamp. Those days rolled by but a decade or so ago, it was still an unusual sight to spot a woman smoking and drinking. I remember my college days when a girl who did was considered very ‘forward’ and ‘bad-ass’. And guys were queuing up to know her…date her, never marry her mind you. Just date her. Aren’t we glad that we’ve moved on considerably in the metros, at least? But hey, as soon as you think you have, you meet some damn moron at a bar or a party who looks at you and says exactly what you thought you’d left behind – “Wow, you smoke, that’s cool…I like forward women.” Sigh and Alas!

2. If a Girl is Wearing a Kurta or a Saree, she’s Arty and/or Simple

Ah, all of us women have been subjected to this back in the day? The moment you’d enter a bar wearing a saree or a kurta, you’d be termed ‘behenji’ or ‘simple sample’. Well, those days may have passed but even today, when you go to a meeting wearing a saree, it’s like you suddenly acquire this stamp of respect and are taken just a wee bit more seriously than if you were wearing a sleeveless top and jeans.Of course, times have changed today, Sonam Kapoor and her ilk made the saree-kurta-jhola look very sexy and boho-chic. However, if you still want to make ensure men get “the right” impression of you, wear a saree or salwar-kameez for ten days straight. You may just get forgotten in office when the group goes out drinking because…wait for it, you’re a “simple girl” who “wears decent clothes.”

Ah, this one is an age-old theory, fueled of course by some reality, some fiction. “Ladkiyan toh roti hain, kisi bhi baat pe” was an accusation that was hurled at us, without reason. Yes, we do agree we are emotional but it was so bloody irritating to be told that in the face of a crisis, we women would just turn on the taps! Not just that, the accusation that we use tears as an emotional blackmailing device was even worse. Over time, women got stronger, faced bigger crises, didn’t cry so much and proved that life could be handled with stoic calm. But even after all that, there are days when you lose your phone in the cab and your colleague asks “You’re not going to cry, are you?” That makes me weep.

4. A Girl must be a Virgin before She gets Married

Oh yeah, this is a big one. Imagine a man fifteen years ago, planning to get hitched to a non-virgin!! The sheer thought would have made his entire family hang their head in shame. Sexual experience was not celebrated, in fact, it was an ignominy. Thankfully, exposure to western influences changed that and today, virginity isn’t such an issue amongst eligible grooms. Or so we think. Open the Sex Expert columns in any newspaper and you’ll still have the morons asking how they can ascertain their brides are virgins. Sigh, some things never change.

5. Women are Attracted to Money and Looks

Another one of those boring cliches that used to do the rounds of cocktail parties a decade back. Till men discovered that smart women were getting attracted to men who had neither of those attributes in oodles – what they did have was an X factor that you either have or you don’t. So all the slim shady rich guys were out of vogue as were the men who flaunted film star looks. Today, it’s about personality, zing, humour, wit and above all, being down-to-earth. However, don’t be too surprised when a bitchy man sees you at a party and utters the age-old cliche “Ah, so you are one of those women looking for a rich, good looking dude.” That is when you run towards the bar.

This list can go on and on, with many more merry additions. Point is, we women have evolved over the years. Thankfully, men have too. The older stereotypes are fading…new ones are forming. But for a country that is on the cusp of change, we are still battling the old ones as we form the new ones.

The Gender Wars – Amusing Differences Between Men And Women