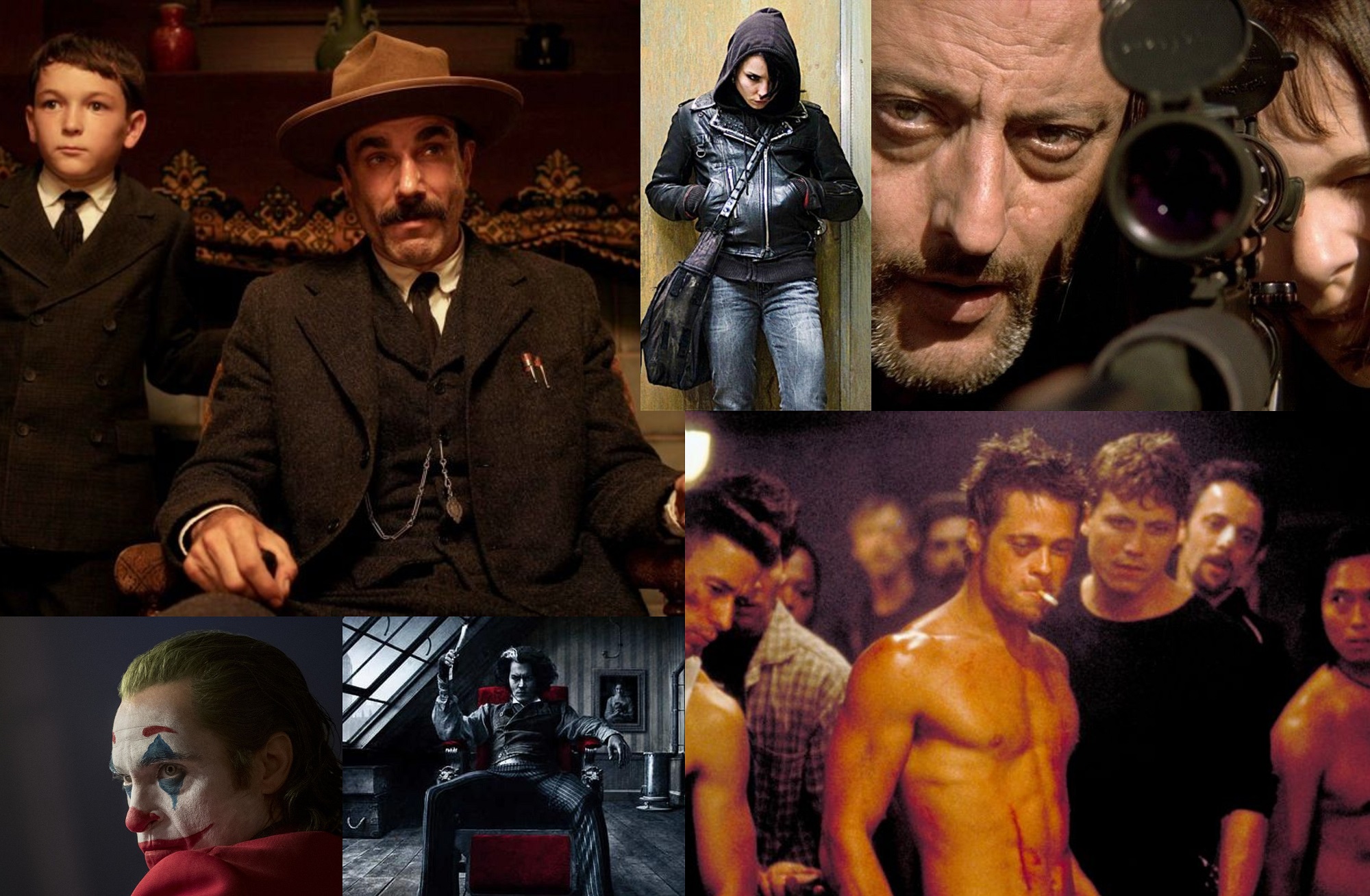 The anti-heroes we have grown up watching in movies have no dearth of heroism, yet they vehemently abhor the idea.

Anti-heroes are sinners with a heart, and a truckload of guts. Selflessness is not their virtue, but trust them for not letting your trust in them down. Ever.

Here are the best anti-heroes of the last 2 decades:

Jean Reno as Leon in Leon: The Professional

Leon kills for a living. But somewhere beneath the brutal bravado of this stone-hearted bastard, you know there’s a heart that coxes him to save that 13 year old neighbour whose whole family was just massacred. But, before you come to a conclusion that he would go on to become a ‘father-figure’ for her, just stop and don’t try to get ahead of yourself. The young girl’s hormones are raging for this assassin.

Hold onto to your sense of Women Power. The movie has its own take on it. Any discussion of the most gloriously and non-chalantly sinister has to begin and end with Lisbeth Salander of The Girl With The Dragon Tattoo. But call her what you wish, when the push came to shove, she saved our heroes’ ass.

Get out of the way, girls. Tyler Durden is every boy’s man-crush. Let us have him.

The macho-ness of Brad Pitt’ Tyler Durden comes in spades. He would fight against things that lesser men just loathingly ‘complain’ about. Society can’t tie him up. He does what he does, and he’s never wrong. If anything, he can show you the mirror tell you what a slave you’re to the system. Capitalism is running for cover!

Daniel Day Lewis as Daniel Plainview in There Will Be Blood

Oh please, don’t bother him with lines! Daniel Plainview’s eyes, the gnawing jaws, the straight but wanting to be flared up moustache will get to you. And when he finally speaks up, the booming baritone thaws you out of the chair. And we believe – at times identify with – him when he says he sees only the worst in people and finds it hard to like them. The shrewd businessman has a heart, somewhere lost in the oil-verse.

Joaquin Phoenix in and as as Joker

Everybody’s dream anti-hero on this date, Joker is another jewel in the much-decorated career of Joaquin Phoenix. There is just so much you can say about the film – right from the depiction of Arthur’s precarious mental health, to his slow transformation into Joker, and the explosive climax that have all DC fans a collective orgasm.

Depp slays and slashes his way to acting glory in this anti-state of the art masterpiece by Burton. He was gruesome and melodic (not a combination you see everyday). Though, Depp’s action to a certain extent were justified for the fact he was a man burning with revenge, but making meat pies out of innocent men was just an evil out of him brought by the misplaced definition of revenge.

And it’s not often a Demon trances you by his melodies! That pleasure always went to the witches.

In the age where bad-ass is the new hero, fans are rooting for anti-heroes despite knowing that they run on the bolstered fuel of demonization. And how we love to demonized!