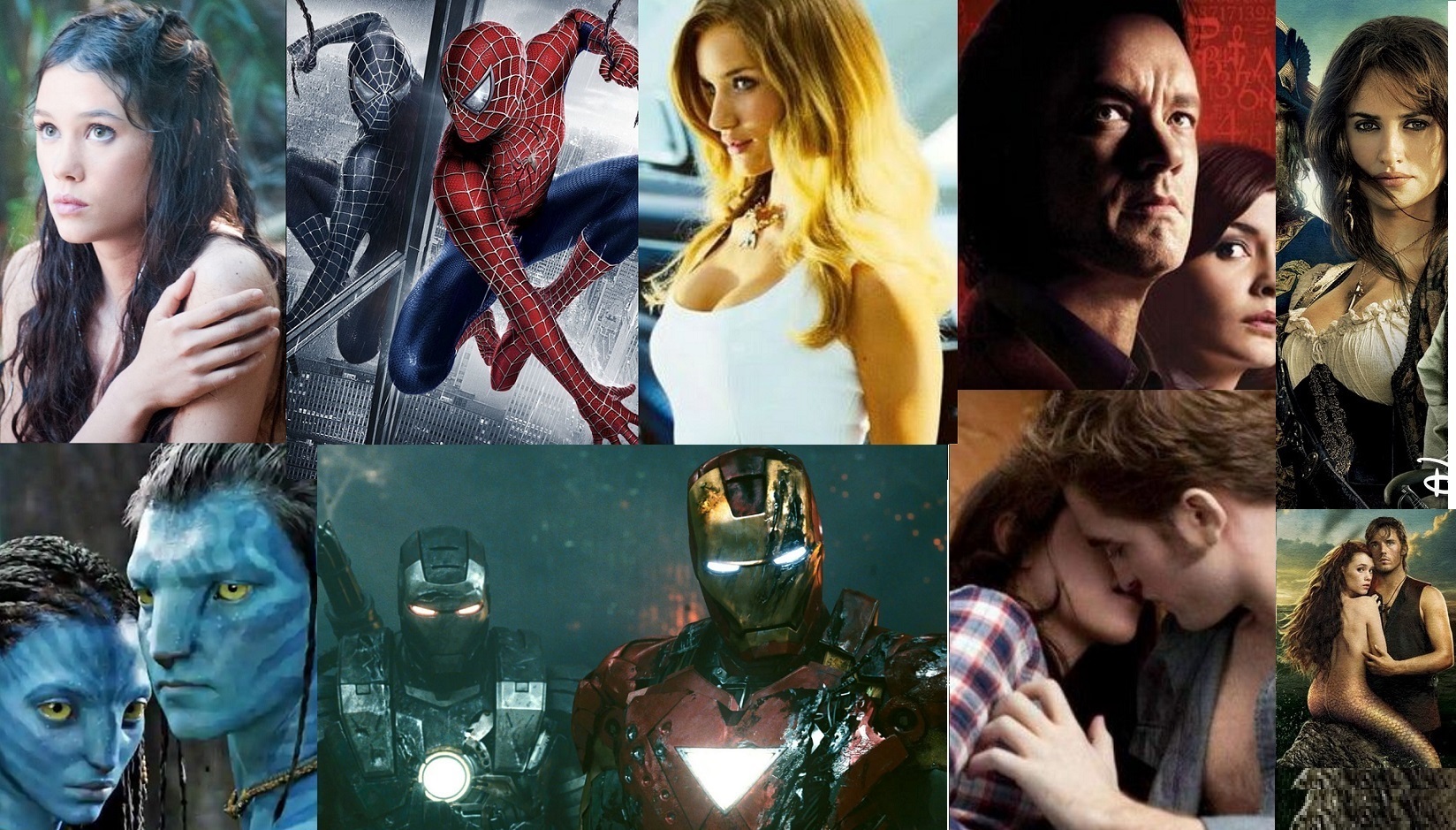 However, those massacres turn into gold for their makers, simply owing to the fact that sometimes the audience reactions are programmed to be entertained. Some of these films are so bad that you are rooting for credits just 15 minutes into the movie or you might as well be left irreparably traumatized.

So, here are the biggest blockbusters of recent years that cinematically were underdeveloped and overproduced:

Pirates of the Caribbean: On Stranger Tides

Who’s to blame: Johnny Depp, who continues to nab us by our heart

Post Sweeney Todd, Johnny Depp hasn’t given us many reasons to get swayed over by his infectious charm and flawless acting. At least, his resume post 2007 has been disappointing to say the least. While flicks like Dark Shadow, The Rum Diary, Alice in Wonderland failed to impress us, ‘Pirates of the Caribbean: On Stranger Tides’ went on assaulting our cinematic sensibilities. Even Penelope Cruz felt awfully short on impressing us with her exotic charm.

Who’s to blame: Cameroon’s martial gadgetry and an overwhelming 3D that inspires shock and awe

Avatar was a surreal experience to watch in 3D, you have to give it that. but if ever script was a yardstick for measuring a film’s might, you are scrambling for reasons to justify your liking for this mega-billion production. James Cameroon successfully did what he does best, make movie making, and movie-watching an adventure. But, is Avatar worth a dime watching in 2D? Damn straight no! Abysmal script, below-par acting, uninspiring dialogues, everything takes a dive south.

Who’s to blame: Ron Howard and Tom Hanks getting together to bring Dan Brown books to life.

Let’s make it official: Ron Howard is one of the finest filmmakers of our times. Frost/Nixon, Rush, Apollo… and a very long list goes on.

Let’s make something else official: Ron Howard should be legally barred from adapting Dan Brown books to movies. The Da Vinco Code, Angels and Demons, Inferno – for Christ’s sake, when will the self-awareness kick in!

Transformers: Dark of the Moon

Who’s to Blame: You

Teenagers are left with gaping open mouths looking at those awful cars turning into cartoonish monsters. And it’s more of a case of a disastrous franchise striking gold rather than being abubt a bad movie that was hit at the box office. Michael Bay lives up to his reputation he has duly earned in a career that spans and boasts of duds like Pearl Harbor. If we didn’t have enough of those restlessly rambling action sequences, a barrage of appalling jokes were thrown in at us as well. One of the highest grosser, Transformer has been nothing more than a load of dirt.

Earned $227 million against a budget of $25 million

Who’s to Blame: With the lust for mindless action, us

Yep, just take that dagger and finish me.

Unarguably the movie that reinvented the career of one of Hollywood’s finest, Liam Nesson, Taken has spawned a whole new Liam Neeson genre of movies. While most of those movies are bad, some are genuinely fun and take you on a ride. The Commuter, Run All Night, Non-Stop are some of the decent films that can pass as entertaining, and easily more layered than the one-tone Taken.

Who’s to Blame: The always-dependable duo of Tim Burton and Johnny Depp

Where has one of my all-time favorite actor, Johnny Depp, disappeared under those layers of monolithic makeups and messily written characters!

Sure, we appreciate that Johnny Depp and his dedication to his roles can transform himself into any character – a man, an alien, or even a woman – but, does he have to? Depp’s transformations have only been smokescreen to what turn out to be terrible films, even if the man behind the director’s lens is Tim Burton himself.

Which begs the question – Are we doomed to never seeing the raw Johnny Depp?

IT WASN’T ALL BAD. Personally, I liked the first 2 acts of Spider Man.

Good two acts ruined by the third and final act. What the hell was Sam Raimi thinking? Assailing Spider-Man 3 with superhuman characters and confusing heroes for villains, the third installment of the hugely popular Spider-Man series with Tobey Maguire was chaos (for lack of a better word).

When Peter Parker’s alter ego Spider-Man turned up in a black costume, it promised a change. But soon things seem to have gone out of Raimi’s hand when he flooded the movie with super-villians and superheroes.

Who’s to Blame: Call me a chauvinist pig, but who else than the dreamy teenage girls

What should I say that has already not been said? All that can be rejoiced upon is the fact that the Twilight ordeal is over

In the most polite of words, Thor 2: The Dark Lord was a slog. I was not entirely taken by Thor 1, but it was an entertaining fare nevertheless.

Just like its title, the sequel to Thor with Chris Hemsworth and Natalie Portman switching between Earth and Asgard was dull and dark and just hard to sit through. For what it was worth, we did get some moments to cherish between Thor and Loki, played delightfully as always by Tom Hiddleston, but those were few and far in between. While it was panned worldwide, it still manage to rake in nearly four times the money it was made on

Who’s to Blame: The flawed Robert Downey Jr. who has us rapt to his perfection.

2008 gave us a new kind of superhero. Laced with a quicksilver spirit, he was nippy, smart and a sucker for attention. And he was never short of bravado. Iron Man and Robert Downey Jr. are made for each other (we still believe so even after 2 duds in the series). And thus all the hoopla surrounding Iron Man 2 was justified.

Did it deliver? In terms of box office, it rose to equal the fame of its predecessor, but for fans expecting something on the same lines as the first installment, colossal disappointment was in order. Something that makes me curious is how Iron Man gets on board some of the most delicious choices for villains (Mickey Rourke, Sam Rockwell, Guy Pearce), and still manages to screw up the villainy of it all.

With a denatured assault on our cinematic sensibilities, the movies are meant to be miserable excuses for making loads of money. And be rest assured, this abysmal slew will keep coming in kinetically.

You will love reading this:

Why ‘Popular Cinema’ is Poison