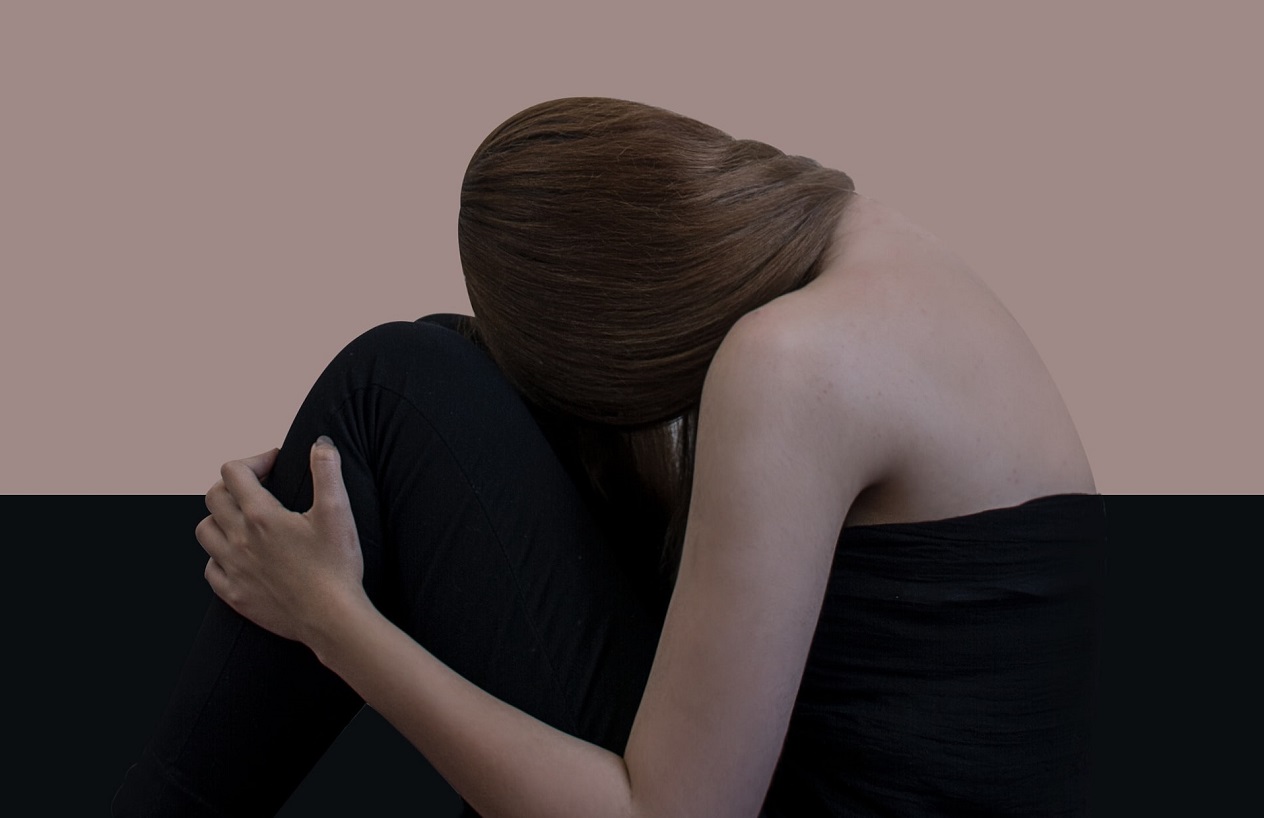 If you browse for material on Emotional Intelligence (EQ), mastering the art may seem a little daunting, especially for people who are emotional, have trouble decoding their emotions or are going through something.

Truth be told, emotions are not easy to get a grip on and they interfere with different goals. Think back to how many times you couldn’t make a rational decision on account of being emotionally compromised?

The one time you snapped at a client as he had gotten on your nerves with his unreasonable demands.

That toxic relationship your brain had been barking out to break away from but your emotions hadn’t budged.

When you procrastinated all day and had to pull an all-nighter to meet the deadline.

Normally, these aren’t the problems faced by people with high EQ as it favours one to take charge of their emotions so they align with one’s goals. Wondering how emotions don’t get the better of them?

That’s the beauty of EQ. It essentially helps one to identify, control and express their emotions appropriately which assist in goal realization, enhancing behaviour and bettering inter-personal relationships.

Another part of EQ involves having empathy. Being able to read other’s emotions and influence their behaviour is an integral feature of EQ which helps in fostering thriving relationships. Leaders at workplace use EQ to enhance employee satisfaction by being compassionate to their problems.

There are plenty of studies throwing ample evidence on how EQ helps in fighting off stress, bettering decision-making skills, raising reliable leaders, enhancing work performance and boosting salaries. One such research says people with a high EQ earn $29000 more annually than those riding low on it.

So, if EQ is that phenomenal a trait, why isn’t everyone brimming with it? As mentioned earlier, handling emotions is not a cakewalk! As such, listed below are 8 simple ways to gain some control over your emotions and ace emotional intelligence.

1. Begin by not ignoring the voice in your head.

Self-awareness is the first step in EQ although not everyone is adept at reading themselves. Feelings and emotions are critical to human minds. They are fragile and profound at the same time. A bruised emotion can wear you down which is why people usually inspect for its source and try to address it.

Although, at any given moment, it is cumbersome and tricky to retrieve how one is truly feeling.

Intriguing enough human body works in wonderous ways. Just like how bloating of stomach after a hearty meal is a warning to stop eating to prevent sickness, similarly, the voice in our head is usually indicative of our mental health, emotional appetite and its capacity.

Self-awareness begins with listening to the voice in your head. For instance, if you are a person who dislikes quarrels, they would mostly put you in a bad mood. Your brain is aware of this tendency and so whenever a conversation starts to heat up, the voice in your head would warn you to take a step back.

Overriding it will land you in trouble. To escape that, the voice of reason will return with a profound logic, flashing previous encounters where your liveliness collapsed after an argument.

Aside from the voice, there are physical signs as well that speak the language of emotions such as fluttering of heart or a heavy head.

Seeking the voice in your head and observing the rush of emotions to situations and people can lead you to the path of self-discovery. It is something we have been unconsciously doing since kindergarten. Our likes, dislikes, goals, dreams, desires, pet peeves, thrills and the like have developed overtime based on how we have felt in the defining moments.

Self-awareness requires a life-long approach of digging a little deep to unearth why we feel a certain way about a certain thing and what could be done to make the best of the information so derived.

A simple example of being self-aware. Samantha is a talented data analyst but being an introvert, she avoids social interactions which are required for her long due promotion. While contemplating to get a solution, she wonders why socializing terrifies her and discovers her dislike for small talks in the process.

As a method, she starts utilizing her fascination for tech talks in favour of small talks. Gradually, her inhibitions take a back seat upon discovering many acquaintances with overlapping interests.

3. Using self-awareness to manage your emotions and behaviour.

This is a tricky part. Usually the path to emotional management varies from people to people since everyone is different. The method would need personalization without going overboard.

Some ways of managing emotions.

Setting emotional intelligence as a goal

If you keep EQ as a goal, it would be easier to follow through whenever an emotion is trying to negatively hinder your growth, like remembering to remind yourself to exercise EQ whenever you feel overwhelmed.

Keeping a tab on how you are feeling and its cause

As mentioned above, using self-awareness, one can derive how they are feeling at a given moment just like how you notice physical changes in your body.

Upon discovering your feelings, to control them better, the reason of their origin need to be identified. For example, Samantha is feeling self-conscious because a colleague made a mean comment about her looks.

This habit needs to be nurtured to address bottled up issues, everyday emotional woes and mental fatigue.

Having a set of methods to control emotions

Mere discovery of feelings and their cause wouldn’t do much, a set of methods should be kept in handy to control and influence emotions into your favour.

There are plenty of methods such as pep talks, working on perspectives, finding logical arguments, going for walks to clear your head, choosing self-love over criticism, talking to a friend, picking a hobby, etc.

For instance, Samantha could use a logical argument and change her perspective to not feel self-conscious. She can do so by reminding herself that her colleague is a habitual sadist who relishes in making unprovoked personal attacks on everyone. As such, she should ignore him like everyone else does without letting it ruin her day.

When you sense an approaching meltdown, take extra steps and if possible, remove yourself from the source of agitation for a minute. Utilize the time in cooling off using methods mentioned above, getting some air or grabbing a snack to munch on.

Reminding yourself of your EQ goals can also work wonders in restraining an outburst.

Take small steps to make it a habit

Breakdown your EQ goals into simpler parts and take them on gradually using trial and error to find out what works the best for you.

Knowing that everyone is fighting a battle and they are after all a human being just like yourself is the starting point of empathy. It is often used as the ability to keep oneself in someone else’s shoes to see the world from their perspective.

For empathy there are few things to keep in mind.

Perhaps most talked about element of EQ is being a good listener. When someone is speaking to you, do not be in a hurry to respond, instead focus on what they are saying. Listening to their speech throws light on their emotions, problems and aspirations. If you don’t listen to them, you will struggle on delivering an emotional support.

Many aren’t vocal about their feelings which is why subtle observation of their behaviour come in handy. Actions and gestures often reveal the validity of someone’s spoken words as well as acquaint one with what they are not sharing.

5. Influencing the emotions of others

Just like managing your own emotions, the awareness of the emotions of others helps in addressing their emotional needs and also influencing them.

Some ways it usually works.

Correctly interpreting what a person is going through by listening and observing to them followed by extending a relevant emotional support is integral to EQ. For instance, a manager granting half a day leave to an employee stuck in an abrupt downpour.

Influencing emotions of others

Works when selling a product or an idea. In fact, the concept of targeted selling arises from decoding the emotional needs of target buyers to give them a product suited to their emotional needs. Just the way many Indian and foreign brands launched similar apps soon after Tik Tok was banned.

Identifying when someone is not holding the best intentions

Consequently, not allowing yourself to fall for their games by identifying them in advance.

Vageesha Mishra
A content writer by profession, Vageesha has spent a good deal of her life collecting degrees - in sociology, journalism, digital marketing and finance. Traveling, photography, home decor, binging on classic and women-centric cinema keep her shiny and sharp. Through her writing, Vageesha likes telling stories and making commentary. Nature is important to her.