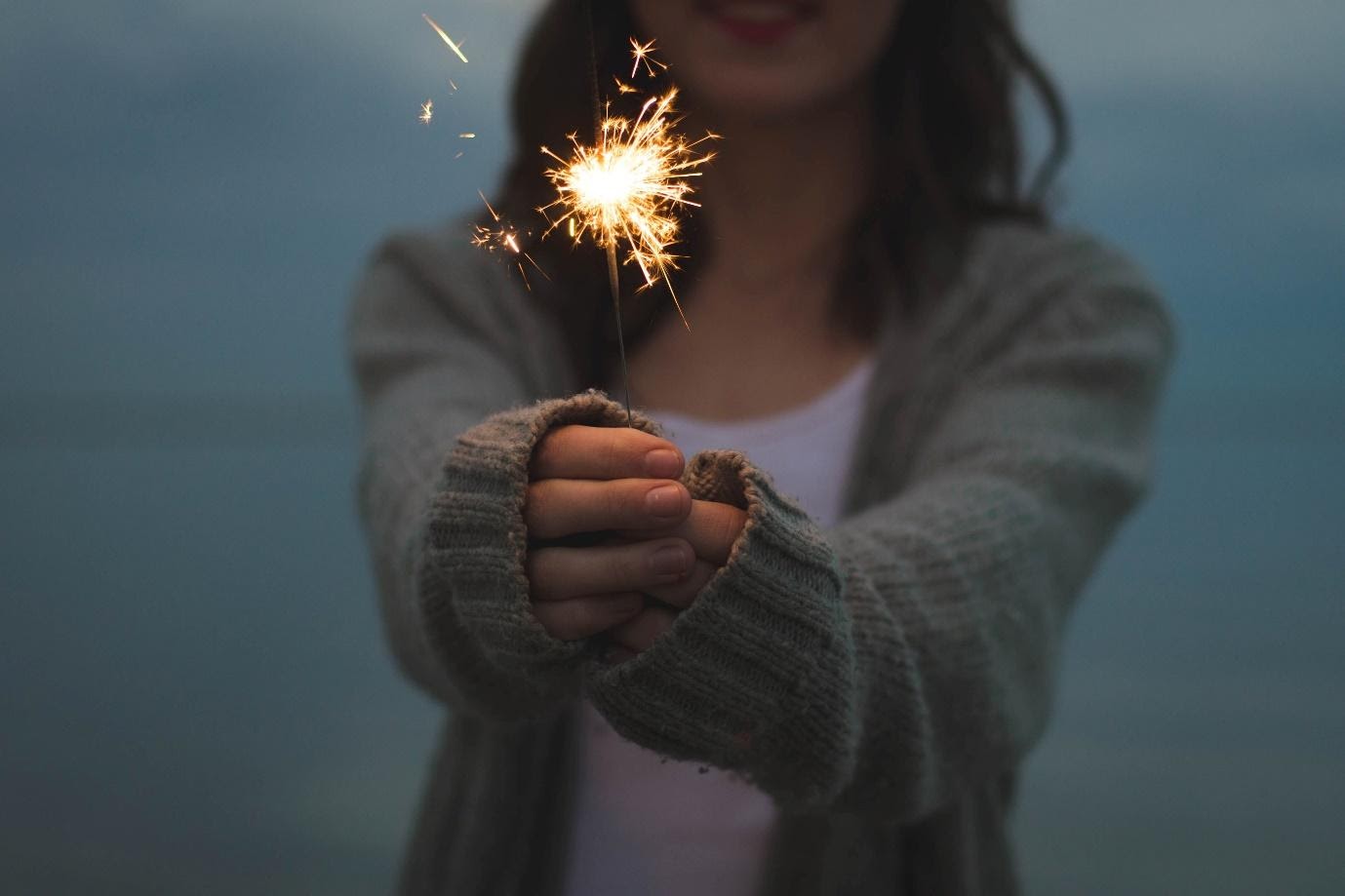 Overcoming adolescence and stumbling into your 20s unscathed feels nothing short of an achievement. Little did we all know, the years beyond teenage were a different ball game altogether.

In the first few steps, one finds themselves brimming with bubbling energy, dreamy eyes, and an undefeatable quest to make something of oneself. Sounds good so far until you dive in a little further!

“You must pay the penalty of growing-up, Paul. You must leave fairyland behind you.” The words of celebrated author L.M. Montgomery, perfectly sums up the life in twenties.

It’s a tricky yet beautiful time of life. At first, there is an immense bogging down when the realities of adulthood start to knock at your door. Most of us have proudly put up a fight, guarding our notions dripped in childhood innocence. Earliest streaks of maturity struck with a willingness to embrace change and letting go of our immature fantasies.

Yeah, that’s pretty much our 20s. We learn to let go of parts of our persona in order to realistically realise some of our dreams, make peace with what we lost along the way and yet somehow feel an addictive attachment towards the good things offered by life!

Listed below are 5 mistakes which being a 20 something, I absolutely do not regret making and neither should you!

1. Spending a good deal of time in my own company

It holds more significance for introverts, although it enriches the process of building an inexplicable bond with oneself for anyone out there irrespective of their temperament. Many a times, people have referred to me as, “self-aware.”

Being an ambivert, I socialised as per my whims or when it fell upon me as a compulsion. But it was not until I’d crawl back into solitude at the end of the day, would a homely sense of unadulterated comfort grace me.

Apart from rejuvenation, self-company gave me time to reflect on my strengths, work on weaknesses, devour literature, catch up on those gripping fantasy dramas, or simply relish the vivid imaginations of an artistic mind.

It was not until my father passed away and many struggles hurried my way soon afterwards, did I realise what my “me-time” held to its credit. It had built obscured defences and coping mechanisms to stand in the face of adversities.

Each time I was melting into a puddle after life kept striking me down, something within called out, coaxing me to hold on. Reiterating that we were all breaking and blooming at the same time.

Many times, people have mocked me for not being a social butterfly. As an ardent reader of texts on emotional intelligence, there is a secret hidden in solitude chosen willingly.

For the challenges in life laying ahead after teen years, to make sense of miseries of this world and yet to blissfully glide through it all without losing hope, spending a great deal of time with yourself is of utmost importance. Being in one’s own company have often helped people find a gem, an abashed sense of independence.

Not relying on someone else for one’s own happiness is most prominent trait of emotional intelligence, something I have started to struggle with lately but ask people who are self-sufficient and they’d laugh it off like it’s nothing. Now who wouldn’t want to reach the said threshold of independence?!

I’ve had my fair share of foolish and rash decisions being an impulsive soul. Would be great to lock them up in a box and let the ocean waves push it into oblivion!

Cannot undo the past it says and well, it certainly cannot be. Quite glad for such an order of things lest someone would intrude the course of calculated risks. Granted the brainstorming for planned risks is taxing and mind boggling. It takes an absolute or at least effortful dispelling of dissuading thoughts to take a leap of faith.

Funny, how humans have evolved over the years but a constant unsolicited interference in other’s life still seem to have survived each tide of evolution. Taking a plunge into a risky venture is intimidating as it is, top it off with negativity and you’d feel like hiding under a rock from the fear of failure.

My calculated risks drew unwanted attention and commentary too whenever it came to the notice of some people. Lows and highs are constant to any goal. Still, their voices sometimes got to me during rough patches.

Reckless risks have always knocked me down and they are different from those calculated which come with the cushioning of reason. Those failing to comprehend the contrast have time and again termed all risk a mistake!

If it was up to me, I’d make the mistakes of the latter kind all over again by throwing in more faith. And by sticking to the decided track even when things weren’t rosy so they could have reached their success in a better manner!

The many heroic quotes about leaving one’s comfort zone to bring their dreams alive have been around for a reason, however preachy they sound. One cannot hope for growth while staying rooted to the same spot in anticipatory fear.

3. Falling for the wrong kind

This is coming from someone who had been insanely proud of herself for steering clear of the sheer joke that many modern relationships are. Pretentions, narcissistic, and a wicked detachment facilitating many to slip in and out of relationships like a change of season without considerable qualms.

If you are fond of the present terms of living, you’ve no idea how suffocating it could get for an old school soul to be born in the current times!

Truthfully, there are some people who make me resent not owning an erase icon. If only technology could come up with a block button for human brain. Now that we’re on it, this could probably rake in billions at the box office as a sci-fi plot!

Coming back, sufficing to say, losing your heart to the wrong kind is perhaps the most damaging and disrespectful act one can inflict upon oneself.

It leaves a scar and a lack of faith in oneself for not walking out on toxic people sooner. Not just for lovers, this could hold weight for any human relationship.

Despite my earlier predicament, it slowly turned less regretting. With clouds of self-hatred retreating, better sense began to prevail.

It so happened that my mind felt like there was a gap in my judgement and so this lesson was inevitable. A lesson you were in need of or else this wouldn’t become of you. The lesson theory definitely sounds like a drag, having been passed down from generation to generation.

It is true, nonetheless.

For me, psychological aspect held equal prominence as a sense of wonder rose from seeing callousness of some people. It brought out the worst in me making me realise so much about relationships and my own self. But most of all, it threw light on the devious workings of a toxic mind and the charm of their pretentions.

So, just like that I forgave myself for being a human and making a genuine mistake as should you.

4. Sneaking moments of fun in between workload

Incidentally, almost every friend circle has an adamant friend who’s perennially charged to persuade others to drop everything like there’s no tomorrow and have “fun”. Lamenting and emphasising on how these carefree days wouldn’t return in the wake of adult responsibilities. Wake up Sid, anyone?

Consequently, I was juggling studies and unregulated “fun” experiences with friends all through college years followed by office pals. At the time, I was struggling to keep up with a happening social life and a career obsessed mind.

My classes would be over around noon on some days and the deadline of an excruciating Sociology assignment loom over our heads. Naturally, none of us had taken it into cognizance until the last moment as the spur of panicked creativity it stirs could never match to anything!

Undeterred, we’d run off to the nearest mall, amble about, treat our taste buds to ice creams and sit by the fountain, chuckling at almost everything. Out of the blue, a reminder of hovering pending assignment would get mentioned and we’d sober up immediately. As one of the friends would share her sincere resolution to get on the next one as soon as it was assigned, a laughter would erupt, pointing to our hopeless putting off things to the last minute.

To put things into perspective, I was a rank holder in my class but each time a promise of a happy time with friends cropped up, saying no would become next to impossible, pushing me on guilt trips and later sending my brain into overdrive to perform well. Often, regrets would accompany specks of failure, asking me to pull my socks up. It rendered me to slog through my work to keep up with my goals and have more fun.

Looking back, my heart leaps at the flash of memories with an emotional joy. A mistake, it would happily do again, perhaps manage work pressure better to squeeze in more moments of bliss!

This learning transcends ageing as a concept. Young, old alike strive to improve their work life balance. With less responsibilities, the possibility of careless joyrides is abundant in early years.  Nonetheless, they can be sneaked in if one has enough zeal to pack it in somewhere, after all we only get to live once, don’t we?

5. Saying no to certain temptations

The fear of missing out gets the better of many, not a pretty scenario. Thanks to the many work of cinema, art and literature, luring their audience into an unfading wanderlust, a profound worry looms over. That in our quest to secure a livelihood, one loses a great deal of their life, missing on essential joys dotted along the way.

Many feed on this restlessness and mind you not everyone comes with the best of intentions.

Going against your boundaries, denying yourself the respect it deserves and getting carried away so as to experience every aspect of life despite sensing discomfort is something I have shied away from.

To this day, no regrets for saying no to certain temptations, advances, friendships, plans and offers even as my heart was acting like a whiny little kid who was being denied a bar of ice cream during a fever!

Vageesha Mishra
A content writer by profession, Vageesha has spent a good deal of her life collecting degrees - in sociology, journalism, digital marketing and finance. Traveling, photography, home decor, binging on classic and women-centric cinema keep her shiny and sharp. Through her writing, Vageesha likes telling stories and making commentary. Nature is important to her.

Spread the love
Tags: 5 Mistakes a 20 Something Doesn’t Regret Making