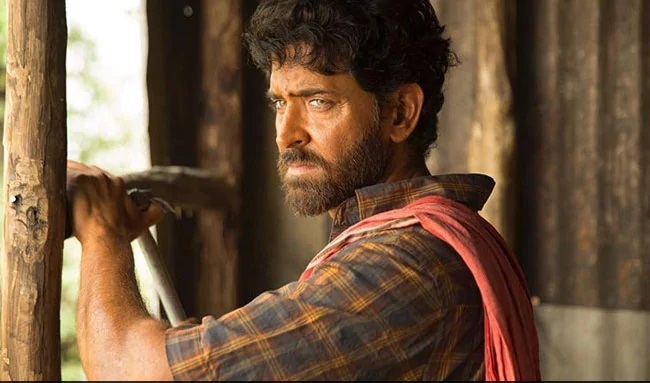 We just can’t help it – intellectualizing things that are far removed from that kind of a scrutiny.

Hrithik Roshan’s Super 30 is just the kind of example one needs to look at to understand how we have gone rather far in our nobody-asked-for journey into intellectualizing things are are rather very simple and straightforward and meant to be consumed with nonchalance.

The fact that we manage to find offense/racism/jingoism/sexism in the most unassuming of things reeks of obsession to sound smart and different.

This post might appear to be out of time by a whole year, digging out an old topic. But, truth be told, conversations around Hrithik Roshan’s ‘racist’ transformation in Super 30 are still going on.

After all, this product of nepotism and the star of masala Bollywood films just made a comeback of sorts in 2019. Let’s make our best efforts to pull him down, no?

If you stop looking at dark complexion as something inferior to fair complexion, you wouldn’t come to the conclusion that you rushed to.

Critics like Raja Sen had major issues with how Hrithik Roshan delibrately misrepresented a whole community of Biharis as being people who are poor and possess dark complexion.

Guess what, Raja Sen, Hrithik Roshan wasn’t representing an entire community. He was only portraying ONE real person, Anand Kumar, who happens to be a shade darker than Roshan. How hard was that to get?

Anyway, this article is only about a debate I had with a bunch of people on Facebook.

Just the other day I was scrolling through my Facebook timeline when this image and corresponding post caught my attention.

For demonstration purposes, let’s call the individual who posted this and debated with me Anonymous.

The caption that Anonymous posted with the image:

“Also Bollywood: Painting superstars with black color so that the movie sells. Besides these three cases, tons of instances exist in our Bollywood and Tamil movies where we make fun, insult and derograte black skin.

Heck, 80% of Tamil actresses are brought in from Mumbai for the same reason. Oh, and how can one forget Priyanka Chopra playing the part of Mary Kom with that makeup of modified eyes to appear her like northeastern. There is indeed a big difference in what we preach, and what we do.”

So, an actor altering his or her physical appearance to resemble the real life person they’re playing on screen is racism?

What does that make you, then? Let me tell you, that makes you a racist. Because, you think so low of the dark complexion that an actor merely getting his skin a shade darker for a role offends you. Let me tell you why.

You’ve never thought of Christian Bale as a fat-shamer, Aamir Khan didn’t appear to you to be a classist (for gaining weight and wearing village-y clothes in Dangal and pretending he couldn’t speak English for representing an average villager?), you didn’t find Mark Strong racist for changing his accent in Body of Lies ‘just because’ he was playing a Jordinian.

Goes without saying it would have been absurd if you took offence to any of that. Those are all characters in a movie. But instead of the fictional characters that Bale and Strong portrayed, Hrithik was portraying a real person, who looks a shade or two darker than Hrithik himself.

The fact is, yes Bollywood makes racist stuff. But then at least use the right examples. A Hrithik Roshan darkening his skin to portray Anand Kumar is not racism. It’s the first rule of acting

And, Priyanka Chopra didn’t have to look like an average northeastern. She had to look like Mary Kom. Get over yourself, dude.

It’s a simple case of someone who used fair and lovely all his life suddenly waking up to how racist the whole thing is after celebrities started to speak out.

Trivia: Aishwarya Rai refused endorsing a fairness cream back in early 2000s. Much before your hero Kangana Ranaut made it sound like she was a trendsetter.

“Hrithik Roshan’s all bronzed up look to portray Anand Kumar was neither script’s demand nor did his appearance in the film even marginally matched the real Anand Kumar. He was a complete miscast in the film… So, what was the reason of changing his natural skin tone?”

How do you say Hrithik Roshan’s bronzed look was not the script’s demand? The man he was portraying has relatively a darker complexion. How about that for a reason?

On Hrithik not looking like Anand Kumar, you can try and make an actor resemble the subject, you can’t possibly do a facial surgery to make them an exact replica of the subject.

As far as miscasting goes, so the audience is going to tell filmmakers, actors and the subject person of the movie who is the “right cast” and who’s a miscast? If you rather said his performance sucked, I’d say that’s fair ground to say he was miscast.

But to reason that he has “the looks of a rich guy” who doesn’t “look Bihari” is racism perpetrated in the garb of criticizing racism.

To be frank, I’d call your assessment a confirmation bias. You read so much going into the movie about his color change being a racist move, when you sat down to watch the film, you kept thinking back to what critics were saying.

There’s not one scene in the film where someone who goes without a mental baggage gets distracted even for a single, solitary second by Hrithik’s altered complexion.

Maybe, it took a first *couple of minutes* to get used to it. Just maybe. I personally know about 6 people who watched the film. Not one person even noticed the color change.

As for those who noticed, well let’s agree on the fact that they didn’t. There was a bias – nepotism, MeToo, commercial movie star – but critics had to come up with a reason directly related to the film.

Anonymous Got Offended: “You are ignorant”

“Are you dumb or acting like one I am not exactly sure? I am saying there was no need to bronze him up and you are now accusing me that I am the one who is discriminating based on color. Did I say Hrithik shouldn’t be cast in that role because he’s fair-skinned?   Does it even matter how many shades lighter his skin tone is compared to Anand Kumar?”

“That’s the very reason you have no idea what racism is, better don’t argue about something that you have no clue about.”

“Just to close my argument, if an actor is trying to portray a real life character and takes up the challenge of looking like the character, there’s nothing wrong in that. That’s a challenge many actors take upfront and some give out their best. Sushant Singh in MS Dhoni film, Farhan Akhtar in Bhaag Milkha Bhaag, Nawaz in Thackeray, Seema Biswas in Bandit Queen, Irfan Khan in Paan Singh Tomar, Randeep Hooda in Mai aur Charles and many more.”

“Just ask yourself if any of these actors changed their skin tone and you will get the answer. Getting into the shoes of a real life character has many challenges and skin tone has never been one of those challenges. Hrithik looked nowhere close to the real life Anand Kumar but only a few shades darker. No change in the eyes or other looks. I am asking what was the need?”

“The real problem is that you or many others in the comments on this post and many in the country don’t have a clue what racism or casteism is and why it’s a problem.”

“Yep, when not even a line of your argument, supplemented by images, makes a square root of sense, use “you are ignorant” as a perceived mic-drop line and feel smart about yourself.”

So there are 3 problems areas with you:

1. You clearly get influenced by reviews of critics and of people who fondly call themselves intellectuals; to the point that you totally lose your own sense of judgement.

2. You’ve woken up to the rampant racism in India only recently – probably in the last 5-8 years – as opposed to someone like me who was not only sensitive to the topic since early 2000s but also campaigned against it, albeit on a very small scale, when I grew up a little.

3. You think too low of dark complexion, just like the people you despise who think of dark as inferior to fair. So, when an actor changes his color tone to resemble a real person relatively darker, you perceive it as filmmakers making a statement that the actor is “downgrading himself” to match the subject.

Terrible examples, by the way.