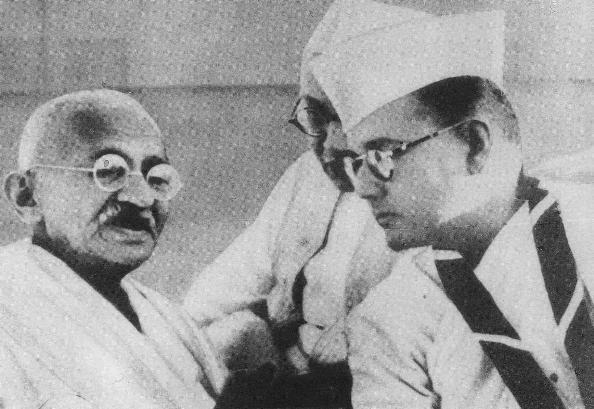 The emergent leaders of traditional and modern India crafted a path of enlightenment for the nation’s people. Threading the dream of freedom through the eyes of a nationalistic needle, they enthused a sense of sovereignty for generations to come. Their speeches are still remembered today:

The man referred to as ‘Bapu’ by whole of India, had given many a great speeches. After spending many years outside India, he came back to India and adopted Indian values with all their simplicity. His sacrifices were inspirational for every countrymen, as were his speeches. He used to talk of the life that every matter on universe had, the laws that governed every being. He said that there is a sense of love for the country that no matter which caste or creed you belong to, holds everyone together. Gandhi believed that the informed spirit power in every human being is benevolent and in the midst of truth, untruth persists; in the midst of light, darkness persists. In his words: ‘There is no salvation for India unless you strip yourselves of this jewellery and hold it in trust for your country men.’

On August 8th 1942, Mahatma Gandhi gave a quit India speech in which he emphasised that his was not a fight for power, but for India’s independence. He said that he did not believe in dictatorship and though, the policy of Ahimsa has its drawbacks, “there is no final failure or defeat”. He compared the India’s struggle for freedom with the other freedom struggles and remarked that India’s was the most democratic attempt. He also talked of uniting the Hindus and Muslims and said that everyone should stand together in India’s struggle for freedom.

Netaji Subhash Chandra Bose gave this speech from Tokyo, addressing the people of East-Asia. Bose thanked the common people for liberating the motherland and applauded their sacrifices. He talked of messages he received from his supporters that gave him great joy and satisfaction and a belief that in his fight for India’s freedom, he was joined by millions of others with same zeal and passion. He remarked that he was touched by the gestures of his supporters and thanked the world force for assisting India in its struggle for independence. Bose also advised people that irrespective of the fact that they were civilians or soldiers, they should contribute towards the freedom struggle, including the Indians living abroad.

At the World Parliament of Religions on 11 September 1893 in Chicago, Swami Vivekananda delivered a speech that spoke highly of his intellect, knowledge and concern for the society. Vivekananda’s speech was a far departure from the emotionalmade a great impression in the minds and hearts of everyone present. He spoke against war, emphasising on how it was destroying civilization by drenching it in blood. He rued that if wars had not taken place, the world would have been a far more beautiful place. He was again invited on 15th of September where he talked of justice for every being. Swami raised questions like, “if there is god, why did he make certain men born healthy, and some miserable with deformities. Why was he partial to some?”