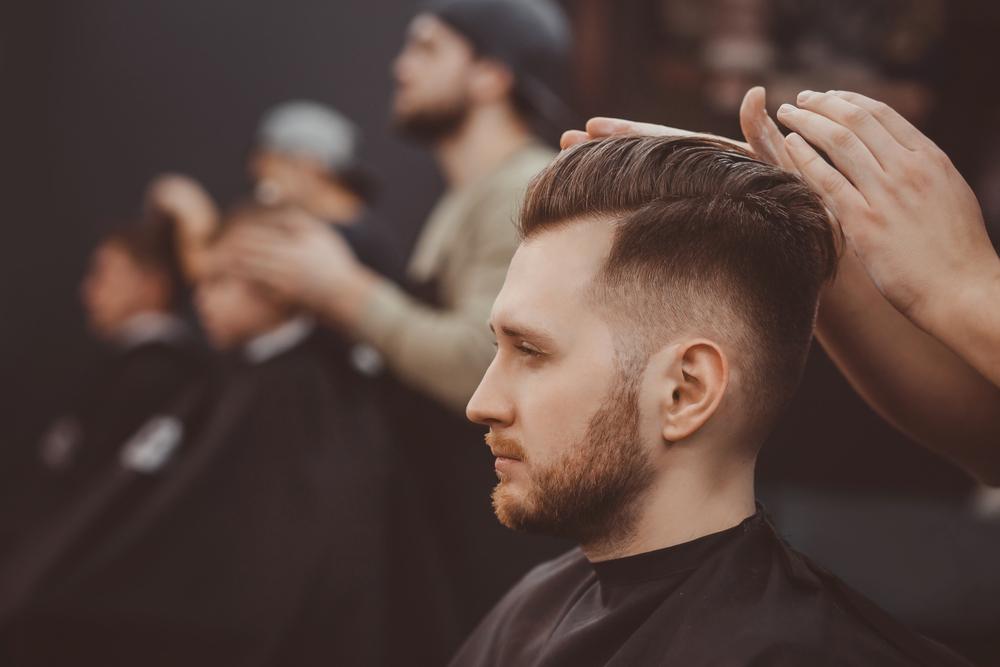 Contrary to popular belief, guys want to look just as good as women do. It seems that skin care companies are finally beginning to catch on to this fact as well, given the insane amount of beard oils, natural shave creams and high-quality moisturizers aimed at the well-groomed man.

If you’re new to the world of men’s grooming, all the well-meaning advice and grooming products being thrust at you can be incredibly overwhelming. With so much to learn, where do you even start?

Don’t worry! Plenty of guys have been in your exact shoes. By making these seven small changes to your grooming routine, you can start looking more confident and handsome in no time.

If you’re still getting your hair cut at the strip mall, that needs to change immediately. Though a strip mall hair cut may be affordable, it’s not doing your hair any favors.

You need—scratch that, deserve—to get your hair cut and trimmed by a barber who is skilled with clippers and straight razors. A good barber can recommend a haircut based on your face shape, giving you the opportunity to finally move away from your go-to haircut that’s been doing zilch for your appearance.

To find a good barber, ask your friends for recommendations and be sure to read plenty of reviews before you set foot in the door. Lastly, keep in mind that your barber isn’t a magician. Help them understand the look you’re going for by being as specific as possible.

Get Your Own Skin Care Products.

Guys, you need to stop using your girl’s skin care products. They aren’t as effective as you might think, and here’s why: Men and women have substantial differences in their skin.

Apart from having facial hair, guys have several important physiological differences in their skin. According to a 2009 study published in the Journal of Dermatological Science, some of these differences include how much we sweat, our hair growth, the pH of our skin and even how prone we are to skin cancer and disease.

Put simply, you need to use a skin care system for men and leave your girl’s skin care products alone. Not only will you be more likely to stick to a routine this way, you’ll also notice a huge difference in the appearance of your skin.

Break Up with Your Hair Gel.

Want to get the best hair of your life? Of course, you do. For this to happen, you need to break up with your strong hold hair gel and switch to a hair care product that actually does something for your hair.

From pomades to waxes, there are a lot of hair care products to choose from. To find the right one for you, consider your hairstyle and the texture of your hair.

If you’re rocking some long, wavy locks, swap your hair gel for a wax/paste to give it a smooth and controlled finish. For a short/medium hairstyle with a coarse texture, find yourself a pomade with low shine (just be careful of the dreaded pomade acne).

Consider Shaving in the Shower.

There is an on-going debate (although, it’s not much of a debate if you ask us) about whether guys should shave before or after they shower. Of course, most guys know that shaving after they shower is far superior, but what about shaving in the shower?

When you shave in the shower, the pores of your skin will remain open due to the constant presence of the steam. As you probably know, soft skin and open pores is key to obtaining a close shave without an irritating experience. If you want to try this shaving method, just be sure to buy a fog-free shower mirror first to avoid any nasty cuts and nicks.

Swap Out Your Sun Tanning Oil for Sunscreen.

Who doesn’t want to use tanning oil to achieve a healthy-looking glow for the summer? We’ll tell you who: Guys who don’t want skin cancer.

According to the latest statistics compiled by the American Academy of Dermatology, an estimated 4,740 men will die from melanoma this year alone—nearly twice as many deaths as women (2,490). This is just a small glimpse of the alarming skin cancer statistics that are making guys put down their tanning lotions in favor of sunscreen.

Applying sunscreen to your body and a daily moisturizer with SPF to your face will not only help reduce your risk of skin cancer, it will also prevent premature aging. If you want to age gracefully, making this swap sooner rather than later is key to maintaining healthy, ageless skin.

Use a High-Quality Beard Oil.

There is nothing worse than a frizzy, untamed beard—except for maybe beard dandruff, that is. Fortunately, applying a high-quality beard oil to your facial hair can help solve both problems while giving your facial hair some serious finesse.

Beard oil is one of those grooming products you didn’t know you needed until you use it for the first time. After just one use, your beard hair will go from spiky and irritating to soft and luscious. If your beard is thick enough to where it completely covers your skin, investing in a natural beard oil will be a game changer for both your beard and the skin underneath.

Add an Eye Cream to Your Routine.

You’re not getting any younger, and that’s the simple truth. If you want to turn back time on your face, adding a men’s eye cream to your daily routine is crucial to retaining your youthful good looks.

Eye creams for men are formulated to combat crow’s feet (the wrinkles around your eyes), fight puffiness and reduce the appearance of dark circles. Specifically, seek out an eye cream containing peptides, which are powerful strings of amino acids that boost collagen and elastin fibers in the skin.

A lot of guys who want to look better simply don’t know where to begin. The sheer number of products and endless grooming advice can paralyze them with indecision, resulting in zero progress to their appearance.

If this scenario sounds familiar, stop feeling pressured to do a drastic overhaul of your entire grooming regimen. Instead, start small with these simple and realistic upgrades to your routine. Soon enough, you’ll see a marked improvement in your overall look with little effort on your part.

Spread the love
Tags: Expert Grooming Tips: 7 Easy Changes to Elevate Your Look, fashion and grooming tips for men, how to be stylish men, How to improve your style guys, How to look great as a man

A Fashionista’s Guide to Top 7 Handbags for Every Occasion

8 Most Famous Celebs Flaunting their Glasses