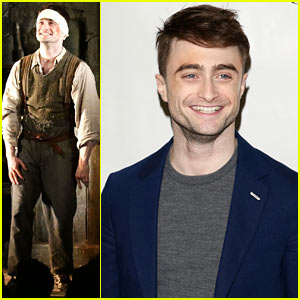 The ‘once upon a time Harry Potter’ Daniel Radcliffe is enjoying some real good attention, and not exactly from women! The actor who is slowly coming into his own has got some incredible reviews for his brave performance in the play, The Cripple Of Inishmaan.Joined by bigwigs like Martin McDonagh, Michael Grandage, co-star Sarah Greene, among others, Daniel managed to impress one and all, thanks to his performance on the opening night. The testament to his super performance can be drawn by the accolades showered at him by two of the biggest publications. Giving a warm, sensitive performance, the grown-up teen idol leads an excellent cast,” this is what Variety had to write on his performance.

“The former Harry Potter star has never been better, more than measuring up in this flawless ensemble” THR didn’t skimp on adjectives either.

2 States, the book, had already perched itself as the best seller when it hit the stores. and, now, 2 states, the movie, is following suit as it is set to become a big hit at Box Office. the film also got some positive review from the critics. Chetan Bhagat is apparently delighted, and posted, “My readers’ silent support is my biggest strength. Today you displayed it to the nation. Thank you for the phenomenal opening. ’2 States’,” Bhagat wrote on Friday.

Also impressed are Big B and Vivek Oberoi.  Amitabh Bachchan has said: ” ’2 States’…I like. All aspects just so correct – writing, directing, music and performances.” while Vivek Oberoi could be heard gushing, “In my opinion Chetan Bhagat is by far the most successful contemporary Indian writer of our times! His individual fan following is epic. He has an incredible ability to communicate, especially with the youth.”