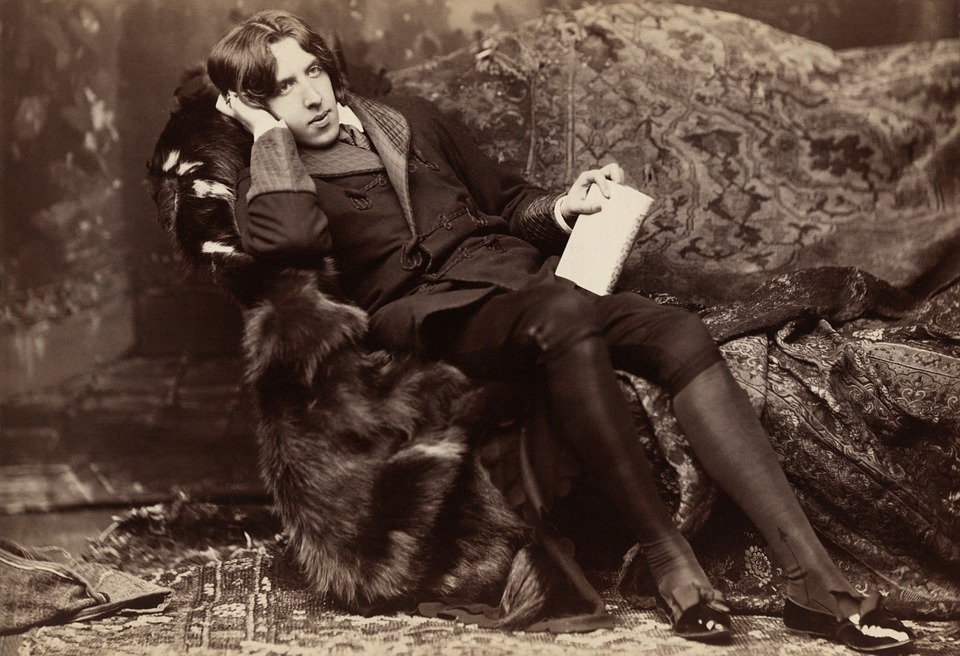 What image does your mind conjure when you picture a poet? A diminished figure languishing in a turret with ripped clothes and tangled hair? Unless you’re channeling the male version of 90s heroine chic, this might not be your biggest source of fashion inspiration. But fashion and poetry have a long interwoven history. From Byronic decadence to Beatnik cool, the greatest poets have shaped the landscape of fashion.

In honour of National Poetry Day, LeisureMartini being that fashion blog of 20 somethings where you can write for us too presents to you this post that breaks down the six best-dressed male poets of all time — poets who not only gave us iconic verse, but also timeless style.

The Rock Star of the Regency Era: Lord Byron

“The great object of life is sensation — to feel that we exist — even though in pain.”

With his aristocratic demeanour, irrefutable charm and never-ending pursuit of decadence, Byron is as iconic today as he was in his own time. Described by his contemporaries as a “child of passion and the fool of fame”, Byron’s style has been closely studied and modelled — in many ways he was the founder of self-branding and image management we know so well today in our social media-driven society. We reckon he would have been an Instagram superstar if he was still around.

Channeling the elegance of Romantic fashion, his fanciful take included open-necked shirts, silk lounging garments, and luxurious robes in rich colours and opulent jewels. His hair was cut short (a radical move for the time) and clustered in the front in what is now universally known as “Byronic curls”.  His friend and fellow poet Samuel Taylor Coleridge wrote, “so beautiful […] his teeth so many stationary smiles — his eyes the open portals of the sun” — Byron and his legacy extend far beyond his dazzling verse.

The Dandy of the Fin De Siècle: Oscar Wilde

“We are all in the gutter, but some of us are looking at the stars.”

No other poet writes quite so compellingly about surface and appearance than the king of aesthetics himself, Oscar Wilde. Surprisingly, Wilde supposedly hated fashion and decried society’s obsession with beauty and shallowness, as shown in his highly critical and evocative account of Dorian Grey. He once wrote that “I hold that the very first canon of art is that Beauty is always organic and comes from within, and not from without” in what was a scathing response to his society’s obsession with outer beauty. Ironically, Oscar Wilde was himself a bit of a style icon in his day.

As one of the chief proponents of the hedonistic “art for art’s sake”, Wilde was a firm believer in the importance of genius and self-invention. Opting for extreme aesthetic garb, his wardrobe included an eclectic array of breeches, stockings, pumps, fur-trimmed overcoats, cloaks and wide-brimmed hats. Always distinctive and always changing, Wilde’s personal image became another outlet for his extravagant and innovative approach to society. He even wrote an entire essay on fashion, titled “The Philosophy of Dress”, which is increasingly cited for its revolutionary and critical attitude to the restrictive fashion standards for women at the time. Now, that’s a fashion legacy.

The Country Lad of the 1930s: Dylan Thomas

“Do not go gentle into that good night./Rage, rage against the dying of the light.”

Dylan Thomas was different from his contemporaries in both his poetry and his fashion. He rejected the cool detached tone of W.H. Auden and other such poets who wrote about modernism and the city, and in his poetry he remained deeply connected to his hometown of Swansea and conveying life in 1930s Wales. His fashion also referenced a more rural aesthetic, typified by woven chunky sweaters, and classic tweed trousers, with little dashes of the debonair seen through his printed scarves.

Although his style was itself understated and humble, Thomas is one of only two poets on this list that inspired a new clothing line. The iconic fashion label Fred Perry built an entire collection inspired by Thomas’ poem “Sometimes the sky’s too bright” — an ode to the intensity of love, written when he was a teenager. The range includes his classic heavy knitwear, and stripe shirts in hues of burgundy, navy and pale blue, and with a distinctly Welsh vibe.

“I don’t think there is any truth. There are only points of view.”

No list about fashion and poetry would be complete without referencing at least one beat poet. The hedonistic counterculture of the beats celebrated non-conformity and touted an anti-fashion approach, and yet their style still endures today. In fact, normcore — the ultimate exercise in irony — seems to be a continuation of this approach.

In an attempt to reject 50s consumerist fashion, beat poet Allen Ginsberg adopted a simple, understated style. His sartorial legacy includes crumpled trousers, miss-matched suit jackets, khaki work trousers and thick-rimmed glasses. It’s all comfortable fabrics and political statement neckwear when it comes to Ginsberg, and we love him for the way he effortlessly combined intelligence with rebellion.

The Godfather of Cool and Hip Hop: Gil Scott-Heron

“Words are important for the mind, but the notes are for the soul.”

Few poets have the same levels of undeniable swagger as Gil Scott-Heron. Steeped in the culture of the Harlem Renaissance, Heron’s poetry and style alike were deeply influenced by jazz, soul music and the civil rights movement. As a poet, Heron was a unique voice in black protest culture, where his fascination with music and rhythm produced a style of spoken poetry that many claim provided the foundation of Hip Hop music.

Similarly, his style endures and continues to influence a particular political and intellectual styling. With his classic 70s pea coat, bucket hat and cream scarf, Scott-Heron demonstrated that, sometimes, the simplest things are the most effective.

The Punk Poet from the North: John Cooper Clarke

“I don’t have any lifestyle advice.”

Punk poet, John Cooper Clarke, has a distinctive look. Mad hair, skinny-fit trousers, exuberant shirts, layered textures and a gravelly Mancunian voice — Clarke will remain a memorable figure in the poetry scene. This true English eccentric claims that he’s always been into fashion, but that he struggled to find clothes that fitted his lanky build. His solution was bespoke design and high-quality tailoring — an idea we can get behind. Saville row may seem a strange choice for a poet who hung out with the likes of punk legends the Sex Pistols, but Clarke knew that tailored is best.

Clarke is the second of the poets on this list to inspire a fashion range. In 2014, Topman honoured the poet with a collection inspired by his unique style — the classic British punk look. Clarke even wrote an original poem specifically for the event, which was read prior to the launch of the range.

Pay homage to the sartorial legacy of these poets this National Poetry Day — why not check out some of their poetry while you’re at it?

Anthony Horner is the director of Empire Outlet, a luxury menswear company that provides high-quality suits and accessories at a price that doesn’t break the bank. Empire Outlet operates online and serves customers all over the world.