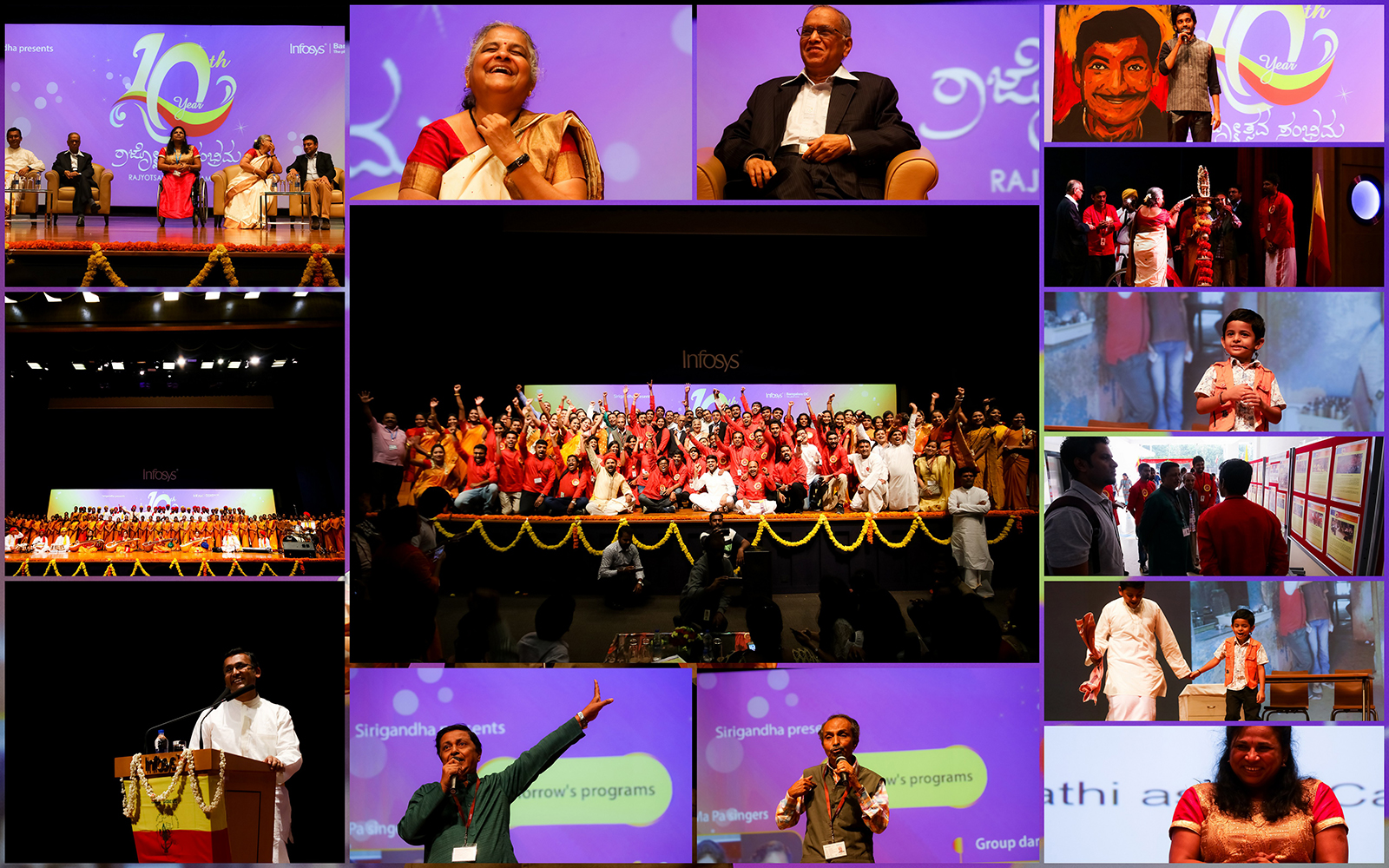 Bengaluru – November 17, 2017: Infosys Bangalore Development Center (DC) successfully concluded the 10th ‘Rajyotsava Sambhrama’ between November 8 and 16, 2017. The week-long event, organized by the Sirigandha volunteer group at Infosys, was planned on a grand scale at its Electronics City Campus.

To commemorate the celebrations, two 15 ft. tall statues of Channapattana dolls adorned the campus lawns. The statues were made by Sirigandha volunteers out of scrapyard materials, as a testament of their responsibility towards eco-sustainability.

The week-long celebration concluded with two evenings of extravagant cultural programs on November 15 and 16, 2017. The cultural event was inaugurated by Mr. Narayana Murthy, Mrs. Sudha Murthy and Mr. Deepak Padaki, Group Head – Corporate Strategy, and Chief Risk Officer, Infosys, who jointly  felicitated Dr. Malathi Holla, recipient of the prestigious Padma Shri Award, Arjuna Award and a Doctorate from Women’s University, Bijapur, Karnataka. The inaugural ceremony was followed by a motivational speech by Dr. Holla about her journey as a four-time paralympian. The evening also witnessed a live art show by Vilas Nayak – Asia’s quickest speed painter, a skit by Drama Juniors – Achintya and Praneeth and Standup comedy by Narasimha Murthy and Gundu Rao.

The second day of the cultural event began with a musical evening anchored by Raghavendra Kanchan   and singers Dhanush, Abhinav, Deeksha and Sanvi Shetty of the Zee Sa Re Ga Ma Pa fame, and followed by a dance performance by team Parichay and a comedy play by team Maskiri.

Here are some pictures from the event: