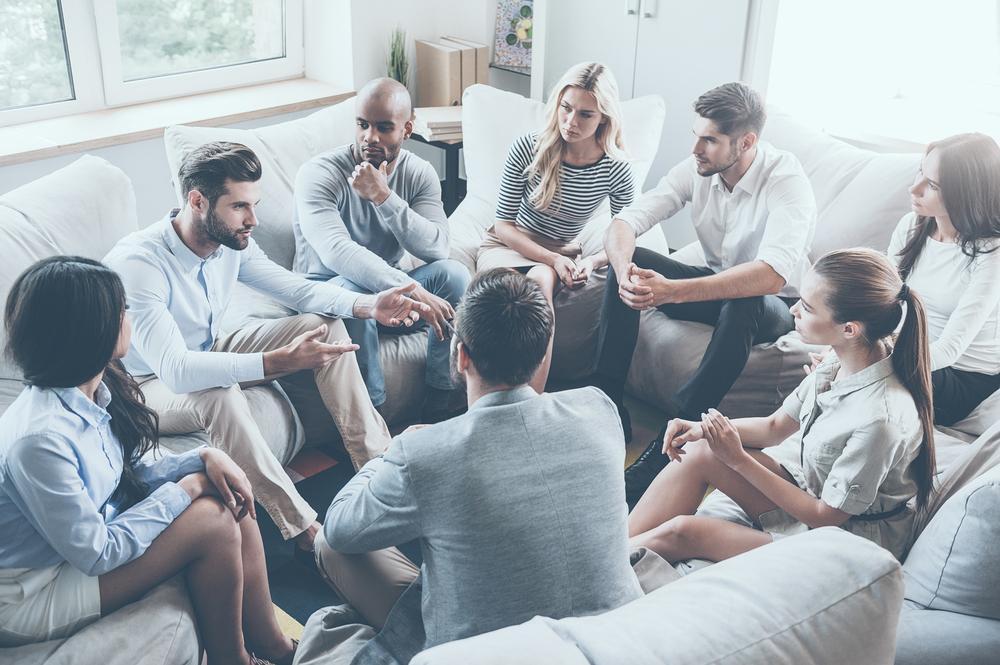 In some ways, it’s become a lot easier to be a man in 2019. Our definition of masculinity has slowly evolved over time into something that is more inclusive and accepting than it has been in years past.

However, it’s also clear that our perceptions of masculinity still need significant improvement. The simple truth is that men continue to be shamed for daring to show emotion or caring about traditionally feminine things such as fashion or skin care.

It doesn’t need to be this way. Masculinity isn’t defined by biology–it’s defined by us. We have the power to change global perspectives of what it means to be a man, which is why many organizations are taking up the charge to redefine masculinity.

If you want to join the movement, here are 10 organizations that are working hard to eliminate gender stereotypes and broaden the definition of masculinity:

From an early age, men are taught to suppress their emotions or risk looking weak. Unfortunately, this harmful stigma persists today.

Evryman is an organization trying to change that. The benefit corporation hosts weekly groups, runs, retreats and other activities to bring men together and work out their emotions in a healthy way.

The organization also offers coaching sessions that tackle issues that men typically avoid, from anxiety and depression to career transitions and fatherhood. You can also tune in to their weekly podcast, which seeks to embolden men to stop hiding themselves from the world and express who they are.

You’ve probably heard about “No Shave November,” but what about Movember? Both have a similar concept: grow out your facial hair in the month of November.

While “No Shave November” is purely a fun exercise in modern beard care, Movember is an organization which encourages men to grow out their facial hair to bring awareness to men’s health issues. This includes not only testicular and prostate cancer, but also suicide prevention—a silent killer of men.

On their website, Movember states that 75 percent of suicides in the U.S. are men. Their “Be a Man of More Words” campaign is specifically aimed at men who feel as though they can’t speak up about what’s bothering them.

Remember when Daniel Craig was mocked for carrying his newborn child in a papoose? It’s stereotypes such as these that Dad 2.0 is trying to change.

This annual conference is taking on the heavy task of changing how America perceives fatherhood by bringing leaders together to have an open conversation. Each year, people gather from across the country to discuss fatherhood, the stigma of stay-at-home dads and how to navigate challenges that are unique to fathers.

Their recent directorial film, The Mask You Live In, gives an eye-opening look at how we are raised believing that we must conform to a limited masculine ideal, and how those who don’t conform to this ideal are shunned by society.

Men are under a significant amount of pressure to perform at work and be on top of their game. It makes sense that Thrive Global, an organization on a mission to end stress and burnout from work, would start a campaign to redefine masculinity in the workplace.

Launched in 2017, the Redefining Masculinity campaign began with a mindful masculinity program to help reduce teen violence. But Thrive Global’s true power is in their stories, where men such as Andy Cohen and CrossFit Guru Kelly Starrett dive in to topics of manhood and masculinity.

Although the studies have been small, some research suggests that mindful meditation can reduce stress and improve our overall sense of well-being. One study published in the Journal of Clinical Psychiatry found that subjects who practiced mindful meditation for eight weeks had lower stress ratings than those who did not.

Mindful Masculinity teaches mindfulness practice to boys and young men to help them reduce stress and negative emotions that they struggle to express. Their toolkits also bring awareness to what they call the “Man Box,” an invisible box that traps men into a narrow-minded view of masculinity.

In a workshop called “Male Allies Against Sexual Violence,” men are invited to consider how negative ideas of manhood have shaped their lives. Another goal of the workshop is to encourage men to take charge of both their mental and physical health.

The Good Men Project’s tagline is “The Conversation No One Else Is Having.” Although there are some people who are talking about the outdated ideas surrounding masculinity, The Good Men Project makes it clear that it’s not enough.

The organization was founded in 2009 by Tom Matlack, who originally set out to gather stories from men and share them with the world. Now, the organization has led to books, a film, events and a website all dedicated to asking the question: What does it mean to be a good man in the 21st century?

Promundo is a global organization with a mission to promote gender justice and challenging gender norms. Through research, programs and advocacy, the organization demonstrates what healthy masculinity should look like and how it improves everyone’s lives.

Although the organization has many programs, one is geared specifically towards fatherhood and caregiving. Through this program, Promundo encourages men to become more involved with their children and eliminate traditional gender roles.

Many victims of sexual assault or abuse are afraid to come forward and speak about their experiences, men included. According to The National Intimate Partner and Sexual Violence Survey, one in six men has experienced some form of sexual violence.

To make matters worse, there is still a stigma surrounding male victims of sexual assault. It’s not uncommon for people to believe that men can’t possibly be sexually assaulted by a woman due to dangerous gender stereotypes.

1in6 is an organization helping men who are impacted by sexual assault. Founded in 2007, 1in6 partners with other organizations to not only provide healing resources for men, but also to promote awareness of sexual assault through films and documentaries.

Men are tired of the narrow view that they must conform to for them to be seen as a true man. It’s no surprise that organizations which challenge this narrow view of masculinity have become so popular in the last decade.

Every man should get to live his life how he wants to live it without having his masculinity challenged at every step. Although change won’t happen overnight, these organizations and their supporters are fighting to broaden the definition of masculinity for the better.

Spread the love
1
Tags: 10 Organizations Working to Broaden the Definition of Masculinity