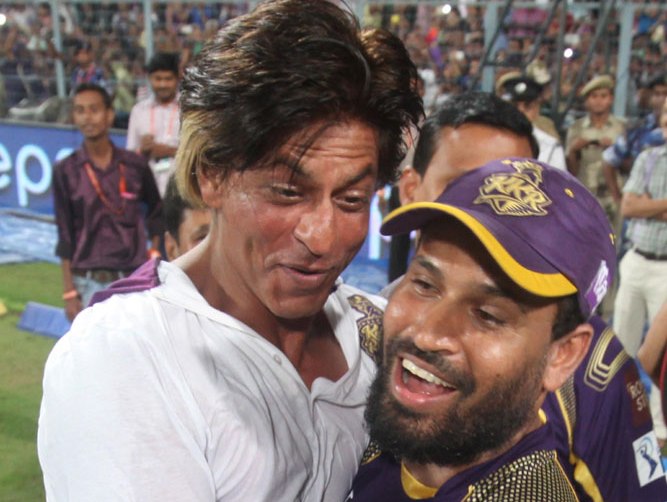 Yusuf Pathan finally lives up to his reputation and how!

Just when you thought Shahrukh Khan made a huge mistake persisting with Yusuf Pathan despite consistent failures across 5 seasons, Pathan turns back the clock and hits not one but two consecutive boundaries to perch KKR at the top against SRH at Eden Gardens, Kolkata.

The majestic shots were hit in the last over of the KRK’s innings, right in time as more and more fans where heard yelling and chanting, “Pathan, go back.” The other Pathan, Irrfan couldn’t contain tears rolling down his cheeks as he shared a 15 year old picture of him and Yusuf playing gully cricket on Twitter, much to the pain of his followers.

The Reward Pours In – 17 Crore Contract for the Next Season

Our bogus sources confirmed that an ecstatic Shahrukh Khan couldn’t contain himself and declared right away, “The invaluable contribution Yusuf has made to KRK’s batting in this season, thanks to this two successive fours today, certainly deserves some goodies. If Yuvraj can’t add any value to his team and still earn 16 Crores, why can’t my lad command a Crore more”

The last time checked, Pathan looked in a celebratory mood – and totally wasted while at it: