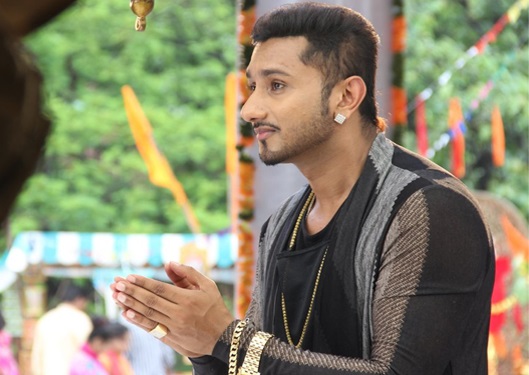 Love him or hate him but you can’t ignore him. No – we aren’t talking about Salman Khan, but about someone else from the film industry who has earned quite a fame for himself in the past few years. He was recently on Comedy Nights with Kapil where the audience was literally swarming over him. He introduces himself as YO YO Honey Singh in the beginning, middle or end of every song that he sings. We guess it’s like saying a ‘Jai Mata Di’ before beginning a bhajan! So, here we are going as crazy as YO YO and presenting three of his songs in the form of religious chants. Rock on and let us know if you like these! YO YO SONGS TO MAA KI …BHAINT!