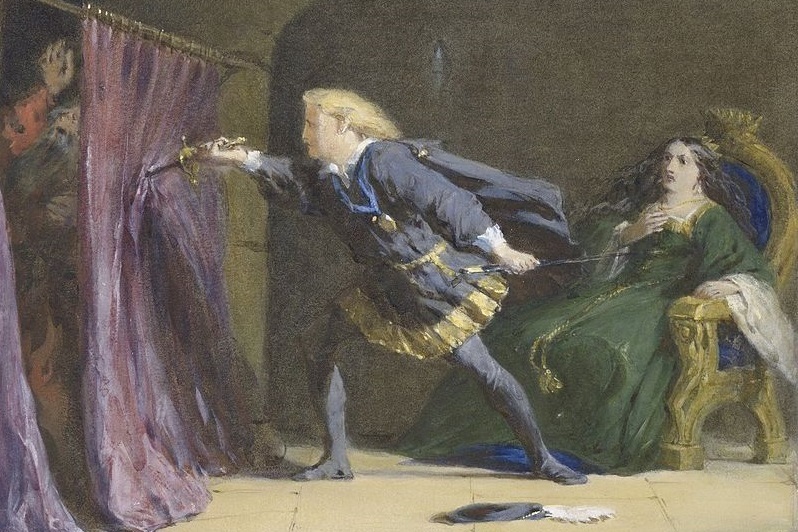 Description: Find out the Hamlet writing prompts to make character analysis with the plan and brief description.

Writing essay becomes much easier when you clearly understand the subject and the sequence of expounding your thoughts.

Keep in mind that any essay should contain:

1) Introduction – we formulate the essay subject;

2) Main part – is divided into paragraphs, to be filled in by the theses;

3) Conclusions – express you point of view.

Thus, we advise you to start from writing the hamlet character analysis plan.

Hamlet writing prompts for an essay can be used in the following plan:

1) Introduction. Hamlet as the main character of Shakespeare’s tragedy.

– Hamlet`s attitude to the environment;

– his conclusions on revenge and struggle against evil.

3) Conclusions – topicality and symbolism of the tragedy.

The famous English poet and playwright William Shakespeare wrote his outstanding masterpiece “Hamlet” in 1601. In this poetic work, the author revised the story of a well-known ancient legend and combined it with the plot of a medieval play about a fictional prince Hamlet.

“Hamlet” – is a very difficult play for interpretation among all Shakespeare tragedies due to the complexity of its plot. This masterpiece of world literature still causes many contradictory explanations.

Shakespeare managed to reflect deeply the tragedy of humanism, or rather, its absence in the society of those times. Prince Danish Hamlet became a vivid pattern of a humanist, founding himself in the hostile environment.

Perfidious murder of his father reveals the evil flourishing in the whole country to the prince. From that time he considers the search of guilty in the crime and their punishment as his main duty of the life. This desire becomes his public duty and encourages him to the struggle for justice and humanism. Hamlet is an outstanding exponent of those new views that the Renaissance brought with it. That epoch was characterized by the yearning to restore understanding of the ancient art of the world that had been lost over the millennium of the Middle Ages, and the human confidence in his own forces without mercy and heaven’s help as well. Hamlet belongs to that phase of the epoch when nature and life were extolled by philosophers, sung by poets, depicted by painters.

Hamlet is like a center where all the plot lines are crossed. His words make the reader to empathize, think with him, argue or agree with him. At the same time, Hamlet is thinking and reasoning person, and not the one who does anything. The tragedy of Hamlet is so great, because he does not just look and analyze. He feels, passes all the events through his soul and takes them to close to his heart.

Hamlet is not just an image, but a character full of immense philosophical and vital content. He is irreconcilably hostile to Claudius but friendly to the actors. He is rude with Ophelia and courteous to Horatio. Doubts in himself but acts decisively and quickly. He’s witty. Skillfully wields a sword. He is afraid of God’s punishment but blasphemes. He convicts his mother and loves her. He thinks a lot but cannot and does not want to hold his hatred. All this richest palette of changing colors reproduces the greatness of the human personality, and serves for disclosure of human tragedy.

Hamlet has a deep and moving mind, he catches on everything very fast. In aristocratic environment he is at ease, knowing all the screws and the mechanism of its etiquette. He does not show any arrogance to ordinary people. All his serious speeches, even puns and jokes are both intelligible and intricate. Hamlet thinks for himself. By independence of his judgments he can resist the whole world. Becoming the first hero of the world literature, Hamlet survived the tragedy of alienation and loneliness, absorbed in himself and his thoughts.

Before the narrated events Hamlet led easy life and studied at the best university. Hamlet was acquainted with the scientific thoughts of that time, he knew literature and art well, wrote poetry himself. He understood the drawbacks of his time and could be a wise governor.

Hamlet is distinguished by nobility and most of his actions are dictated by his high humanistic conceptions about a decent person character. He is able to feel both big love and faithful friendship. He evaluates ​​people not by their material or social status, but for their personal traits. His only real friend is student Horatio. This proves that Hamlet is hostile to bureaucrats, and meets people of art and science with all love. He is loved and supported by the common people, which is the anxiety of the king.

While thinking over the sense of human`s existence, Hamlet pronounces the most exciting and profound of his monologues, the first words of which became so popular: “To be, or not to be, that is the question”. Hamlet’s monologues reveal his inside struggle. He constantly reproaches himself for inactivity, tries to understand if he is capable of any action.

Hamlet knows what he was born for, but has he enough strength to execute his destination? This question is not related to his human traits: whether he is strong or weak, inactive or decided. All tragedy is supposed not to answer the question – what Hamlet is, but what his place in the world is. This is a subject of difficult meditation and his vague guesses.

If Hamlet were an egoist pursuing his personal goals only, he would deal shortly with Claudius and regain his throne. But he is taking care of common wealth and feeling himself a defendant. He is aware that by limiting himself to revenge, he will not change anything in the world around him, because another bureaucrat will come to the place of murdered Claudius, perhaps even worse. Therefore, Hamlet realizes that his task is much wider and consists in opposing the evil in general.

But, to Hamlet`s opinion, this task is impossible even for the most powerful person, and therefore Hamlet steps back, going deep in his own thoughts and despair. Shakespeare does not justify his inactivity and considers it as a painful phenomenon. This is the soul tragedy of Hamlet.

Did Hamlet and Ophelia love each other? This question constantly arises during the reading of the tragedy, but has no answer in its plot, where the relations between the characters are not like love. They are affected by other motives: the father’s prohibition to Ophelia to accept the Hamlet`s feelings and her obedience to the parental will; Hamlet’s love despair; Ophelia`s insanity. As soon as the prince understands that his main assignment is revenge, he throws out all the feelings from his life. If the love between Ophelia and Hamlet existed, then only like a wonderful and not embodied opportunity, sketched in the beginning of the plot and destroyed in it.

Revenge and struggle against evil

The revenge of Hamlet is not solved by a simple blow of the dagger. Even its practical implementation meets serious obstacles. Claudius has reliable guards, and can not be approached. But the external obstacle is less significant than the moral and political task standing before the hero. To carry out revenge, he must commit murder that means the same crime as lies on Claudius`s soul. Hamlet`s revenge can not be a secret murder, it must become a public punishment for the criminal. For this, it is necessary to make it clear to everyone that Claudius is guilty. Hamlet’s revenge should be not only personal, but also a state act, and he realizes it.

Hamlet has his own revenge ethics. He wants Claudius to know what the punishment is for. For Hamlet, the real revenge is not physical murder only. He is eager to awaken in Claudius the consciousness of his guilt. Hamlet wants Claudius to become aware of his crime, he wants to punish the enemy first by internal torment, by the torture of conscience and only then to murder so that he knows that he is punished not by Hamlet only, but by the moral law, all-human justice.

The content of W. Shakespeare’s tragedy was inspired by the social life of that time in England. Its value goes far beyond the borders of one medieval country. The play depicts a picture of lies and oppression, that has become characteristic for long times. Hence, there is continuous interest for Hamlet themes, as a lonely noble fighter against evil, and to his experiences in this struggle.

Hamlet is a tragedy, the deepest meaning of which is the realization of evil, in an effort to understand its roots, to see different forms of its expression and to find the ways to struggle against it. The great playwright created the image of a hero, shaken to the depths of his soul by the discovery of evil. The pathos of tragedy is indignation against the omnipotence of evil.

Love, friendship, marriage, relations of children and parents, external war and rebellion within the country – is the range of Hamlet essay topics in the play that can be found at cheap essay writing service. And their neighbors are philosophical and psychological problems that try to be solved by Hamlet’s thought: the sense of life and the purpose of man, death and immortality, spiritual strength and weakness, vice and crime, the right for revenge and murder.

Speaking of the Hamlet writing style full of poetry and prose, we assume that Shakespeare in his plays hardly thought that they would lie before the reader as a series of typed letters that can be counted and compared among themselves. Rather, he saw the scene in front of him when he was writing … And this scene is filled with a motley crowd in “public theater”, whose parterre is filled with the common spectator.

The great playwright turned the denouement of his Hamlet tragedy to the future. Maybe the new generations who come to replace the predecessors, will live differently – better, clearly, with no hypocrisy and lies. It is not without reason that Hamlet called a man “the beauty of the universe, the top of all living beings”.

Tips for Traveling to NYC on Business (& Pleasure)

5 Ways to Turn Your Vacation into a Luxury One

4 Mean Things Your Boss Says That Make You Hate Him