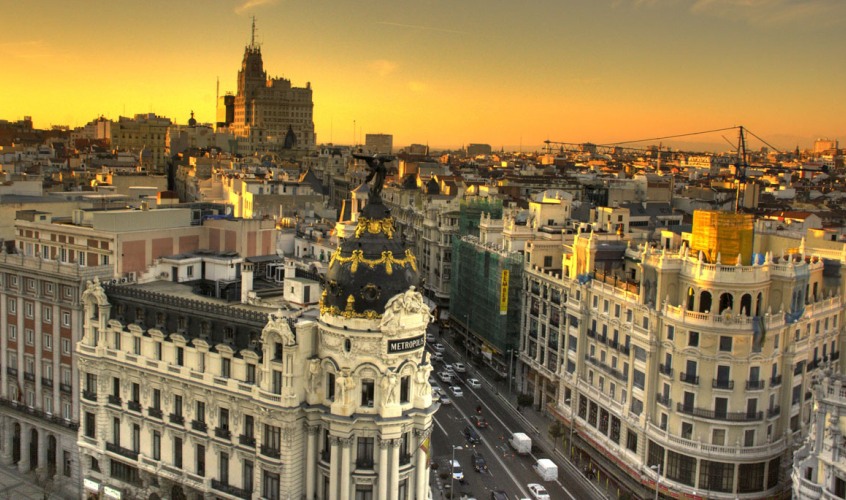 Noise pollution is one of the highest forms of pollution in the universe. However, in an urban set up brings liveliness and business to the city, it is also an indication of the activeness of the city. It is not easy to avoid clamorous situations when visiting some of the most attractive yet loud cities in the world. Regardless of the tumultuous characteristic of such cities, business is always good and the cities comprise of some of the most ancient tourist attractions in the world. The sound is mainly generated by automobiles such as trains, vehicles, motorbikes and business activities. Here is a description of the five noisiest cities in the world.

Mumbai has a population of approximately 13 million people making it the fifth most populous city in the world. It is the capital city of India and the world’s one of the rowdy cities. Most of the city’s noise is because of vehicles, festivals, firecrackers, loudspeakers and rickshaws.

The reasons why so many people live in Mumbai are that, it is India’s main employment Centre. The city is also known as the educational Centre of India hence some students reside in India. Mumbai is India’s business Centre hence the high number of business people.

Some of the major problems experienced in Mumbai include: Overcrowding, Noise pollution, Traffic, Water shortage.

You can visit Mumbai for business especially if you have interests in the construction sector, or acting. The city has various tourist attraction sites implying that most tourist reside in the city such as the Gateway of India and Heritage buildings. Tokyo is the world’s most populous city and second noisiest city. The city’s noise emanates from the construction sites, loudspeakers, commercial activities and domestic life.

Reasons why so many people live in Tokyo are that it is easier to access various public amenities in Tokyo. Most of the people are scholars hence they find it easier to access learning institutions by residing in Tokyo. It is a good place to do business hence attracting a large number of business people from all over the world.

Problems facing in Tokyo are, Overpopulation which leads to overcrowding in public places. Pollution resulting from the industries.

It has several tourist attraction sites such as the imperial palace and gardens. Business is good in Tokyo especially in the electronic sector. It is a good place to study technical courses due to high number of employment opportunities in the Industries. It is the most populous city in North America and the third noisiest city in the world. Most of the city’s noise originates from taxis, construction sites, car alarms, night clubs and commercial activities.

Reasons why so many people live in New York are, the city comprise some of the best Universities in the world hence the large number of local and foreign students stays there. It is a business and employment Centre hence people find it easy to work and live in the city.

You can visit New York for business purposes. It is comprises the best Universities in the world hence a good place for scholars. It is a tourist attraction place. You can also go to look for employment opportunities also. Madrid is the capital city of Spain and the fourth noisiest city in the world. The city’s noise originates from its active nightlife and music loudspeakers. Why so many people live in Madrid because it is the commercial and administrative Centre of Spain hence it is easier to access public services. Most of the best learning institutions in Spain are in Madrid hence the large number of scholars

You can visit Madrid for business purposes especially in the sports and manufacturing industries. It is home for various tourist attractions. You can access Spanish education easily In Madrid.

It is the largest and noisiest city in Africa and Middle East. Its noise originates from commercial activities, construction sites and vehicles.

Why so many people live in Cairo because it is the employment Centre in Egypt and Africa at large. It is good to do business in Cairo. It is the education Centre of Egypt hence suitable for scholars Problems arising in Cairo. Political Instability is the major problem affecting business in the city.

Some problems are, Overcrowding in public places. Religious extremism which creates tension among the residents.

You can visit Cairo as a tourist especially if you are interested in seeing the great pyramids. You can also visit the city for business purposes Conclusion It is clear that the world’s most active cities are also the noisiest cities hence there is no business without noise.

Kacie Jones is a professional content writer and blogger from UK who shares her travel experiences. Her hobbies include travelling, trekking, Tech, Health, parenting and cooking and she is currently working on a project Indian visaswhich provides visa service to enter into India.