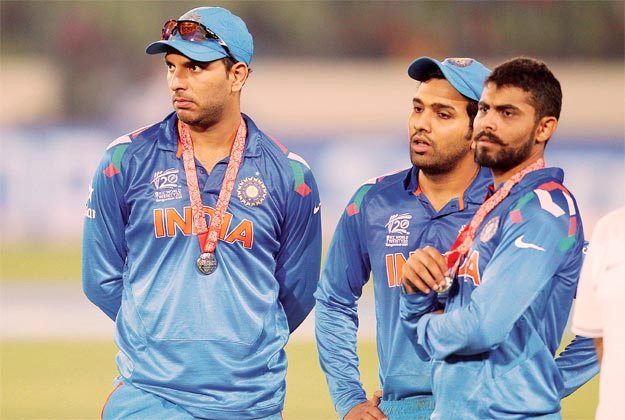 It is definitely hard to get over a disappointment as big as a World Cup final, but it’s equally important to look forward and prepare for the future in the best way you can. That’s what Yuvraj Singh, one of the players criticized heavily for his World Cup final performance, has to say, while preparing for IPL 2014 in Royal Challenger’s Bangalore’s jersey.

“A match like the finals always left feelings of ‘so near yet so far’, but as sportsmen they need to overcome these emotions quickly and face next challenge,” Yuvraj said in an interview to the Royal Challenger Bangalore’s official website.

Yuvraj iterated that “As a team we played a fantastic tournament and displayed emphatic cricket all around. But in the finals thing didn’t go the way we planned and it’s not easy to overcome that disappointment,”

He also added that he has been coached to take victories and defeats in stride and not get obsessed about them at all.

Yuvraj is visibly delighted and excited to be a part of the dressing room that is filled with the greats from present and bygone era. He said that the group of RCB is very willing to support one another and gel with each other like a very well bonded team. He added that be it good or bad times, they will provide unflinching support to one another. “It is an absolute privilege to share the dressing room with the likes of Chris Gayle, Muttiah Muralitharan, AB de Villiers, Daniel Vettori and Alan Donald,” he said.

Malinga Blames Himself for the Loss to KKR

Mumbai India’s spearhead pacer Lasith Malinga took the resposnibility for his side’s 41 runs loss to Kolkata Knight Riders in the opening encounter of IPL 2013 on Wednesday. KKR posted a total of 163 buoyed by the fine innings of Jacques Kallis and Manish Pandey.

“We bowled really well in the first 10 overs, but let them off the hook after that. We let Jacques Kallis and Manish Pandey build a very large partnership and then they had a couple of really big overs. What really cost us the game was the catch I dropped of Kallis when he was on 34,” Malinga said without hesitationin an interview to the IPL’s official website.

Malinga bowled exceptionally well for his bowling figures of four for 23, and said he feels confident of his rhythm, riding on his performance of last night. “I bowled well and it was good to be among wickets straight away.” said Malinga. He also admitted that the T20 format is actually a very hard format for bowlers as they have to be on their toes all the time because of the inventive shots batsmen come up with every now and then.