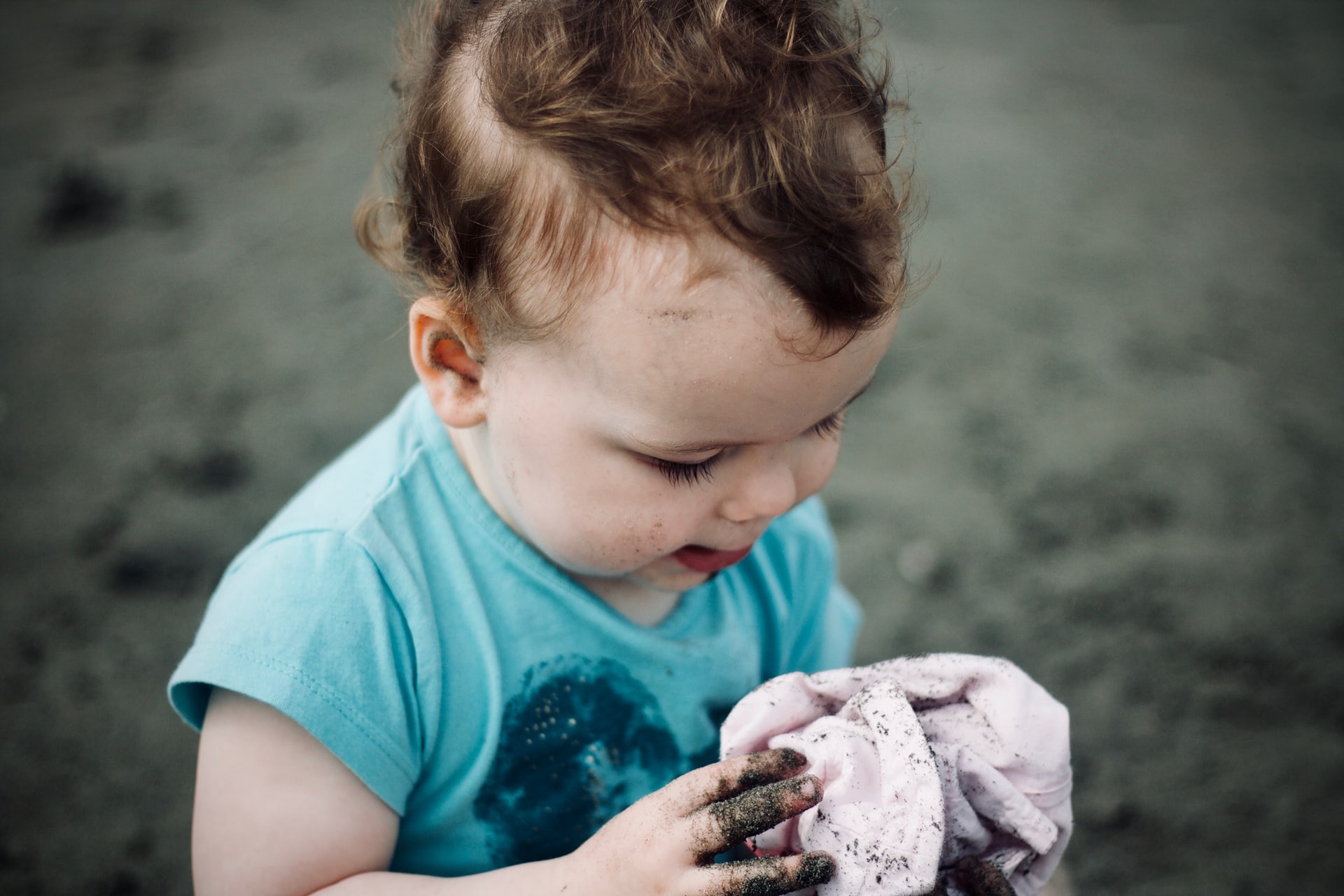 Usually our first instinct as adults on a rainy day isn’t to go jump into a mud puddle — much less put our hands directly into the mess and spread it around. Most of us would tend to think about the consequences first, like extra dirty laundry or odd stares from our friends. But, you may have noticed your kiddos don’t share these same hang-ups when it comes to all things mud.

Where adults tend to see a mess when they look at mud, many young learners see a world of possibility. Next time your little one asks if they can go jump in that puddle — or play in the garden or yard after a good rain — keep in mind playing in mud might actually be, well, good for your kids.

Here are some key points to keep in mind.

Mud is sort of like a blank canvas. That is, kids can use it as a medium to express themselves freely. As one expert notes for the National Association for the Education of Young Children, mud is an open-ended play resource. Kids often use their imaginations to turn a plain old puddle of mud into their own dynamic, creative fictional world as they go.

For instance, supplying kids with an assortment of kitchen utensils and containers allows them to “bake” up treats and simulate a restaurant to their heart’s desire. Another way kids may enjoy mud is pretending to be various animals wallowing in it — imitating their sounds, movements and mannerisms.

Another reason parents and teachers encourage mud play is it helps little learners engage most of their senses. As Tinkergarten points out, mud provides a major connection to the sense of touch. The ability for kiddos to tune into their senses helps them engage with the world and learn.

The first sense we think of when we think of dirt is probably touch — like the feeling of mud between our fingers. But it’s also interesting to watch mud take on different textures and shapes depending on the amount of water it holds. The squishing noises made by mud can serve as a delightful chorus for curious kiddos. The earth even has a unique smell that tends to be particularly pronounced after rain.

Encourage kids to connect with each of these senses over the course of their play and share their observations for an extra educational boost.

Dirt May Be Good for the Immune System

Some experts, like microbial ecosystems researcher Jack Gilbert, believe in the power of stimulating children’s immune systems as much as possible rather than trying to sanitize their entire worlds. Gilbert believes parents do a disservice to their kids’ immune systems when they prevent them from “ever getting dirty.”

The Nature Conservancy cites a European study from 2001 comparing 6- to 13-year-olds who grew up on farms against those who did not. The study found that those exposed to stables between birth and five years old had the lowest frequency of:

Proponents of mud play say research like this supports the theory that humans are meant to interact with their environments — particularly the many microbes found in dirt and nature — rather than try to stay completely separate and over-sanitized.

In other words, playing in mud gives your kids a great opportunity to use their creative brains in open-ended play, engage multiple senses and perhaps even give their immune systems a boost.

Spread the love
Tags: 90s and 80s children, children, Kids, Why Playing in Mud is Good for Your Kids