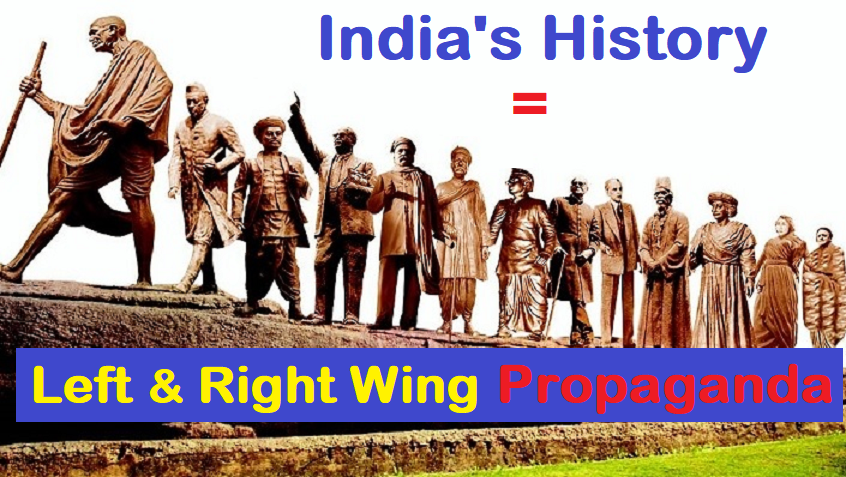 So, of late there’s been a lot of talk around how the history of India, the literature around it, is being revisited by modern historians and serious attempts are being made to revise it, to present a truer to reality picture.

So, 2 questions that we must ask here.

1. Is there a need for this exercise? Yes. Yes, there is.

2. Will the glaring inaccuracies and lies told to us over the years, over the decades get fixed now. No. What will happen is that the existing fictional narrative will be replaced by a new one.

Let’s say this without equivocation – The only statement that can be made with any degree of certainty is that India’s history is lost to propaganda – It’s probably mostly the left propaganda, but wherever Right got the chance, it didn’t do any favors to history either. It has also tried to swing its own narrative.

But, what is at the root of this? Why don’t we know our history? Here’s the thing.

Unlike the west, a very small part of our history is derived from records and written accounts by those who lived a given period in history. It’s instead mostly derived from religious scriptures, oral transmissions, archeology, and imaginative minds of ‘authors.’

India was far richer than any country in the west, Europe, but we were far behind them when it came to literacy.

At equivalent stages of social development, India was a far less literate society: there is nothing comparable to the voluminous oracle bone inscriptions documenting political transactions.

Watch the video for the complete picture

So, let’s stop pretending that there’s any revival in the making. The existing fictional narrative will be replaced by a new one. And then we will take our pick based on which made-up story suits our convictions/biases.