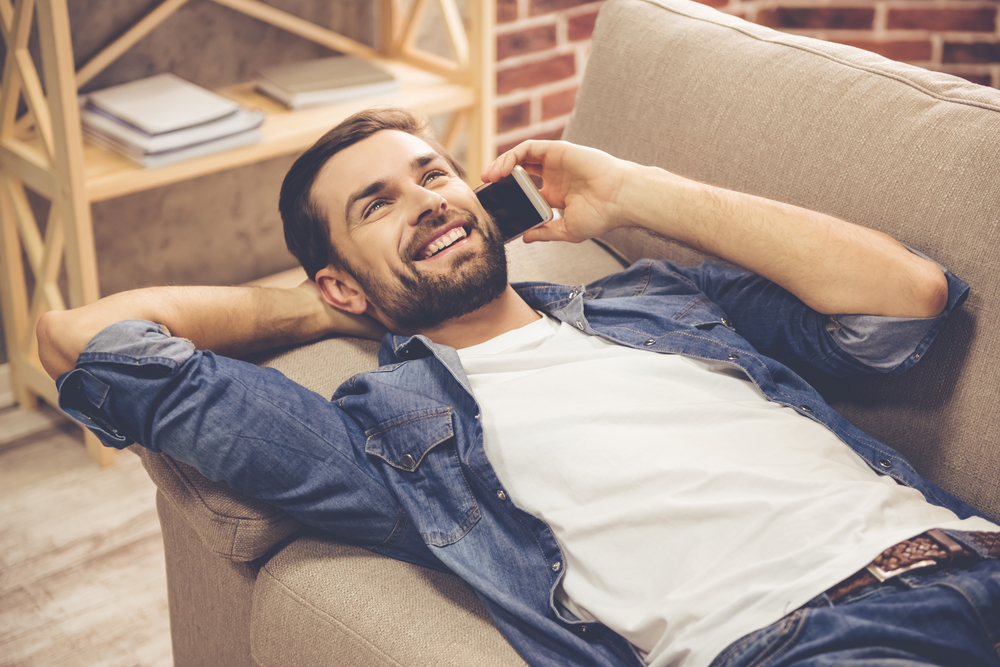 It’s no secret that virtually everyone under the age of 40 hates attending or making phone calls. In fact, our aversion to phone calls has gotten so bad that many people now text, “Can I call you?” prior to actually calling.

Then again, it makes sense in a way. Phone calls usually come out of nowhere and demand an immediate response, whereas text messages are more relaxed and informal. But while text messaging is convenient and undeniably useful in many ways, research shows that it’s not always the best form of communication for staying connected.

And so, we’re here to make the case for calling people like we did in the days of yore (which is to say, the early aughts). It’s a frightening prospect, we know, but one that will pay off in the form of better conversations, deeper connections and stronger relationships. Here’s why:

1. Calls Are Better at Conveying Meaning and Intent

Have you ever heard the old adage, “It’s not what you say, but how you say it”? Your tone of voice, pacing and pitch all serve as important nonverbal cues in conversation.

With texting, this context is lost. Take sarcasm, for example. It’s extremely difficult to tell through text messaging whether someone is being sarcastic or not.

Granted, you could always send an emoji or take a silly guy selfie to help replace some of the emotional nuance lost with texting. However, research shows that even your closest pals aren’t that great at identifying emotion in written communication.

Nonverbal cues help decode the underlying meaning and intent behind the words that are spoken. Without this context, we’re left with two options: assume the person meant the words they said or try to interpret the true meaning behind the text message.

2. Calls Are Better at Conflict Resolution

Text messaging is one of the worst forms of communication for conflict resolution. First and foremost: Texting a lengthy argument to someone is exhausting.

More importantly, however, is that fact that calling someone forces both of you to talk about difficult subject matter. With texting, it’s much easier for someone to engage in something that psychologists call “avoidance,” which refers to avoiding the problem altogether.

Conflict avoidance can occur when the person changes subjects to avoid the conflicting topic or ignoring the problem altogether. In either instance, avoiding the conflict is an unhealthy way of dealing with a problem that won’t do you or the recipient any favors in the long term.

Let’s face it: being vulnerable is scary. We fear vulnerability because showing our true selves opens us up for the possibility of rejection.

And yet, being emotionally vulnerable is also key to growing our relationships and creating intimacy. Texting makes it easy to avoid intimacy because the emotion in our voice is hidden. No one can know with certainty how we truly feel.

Calling can grow a relationship by encouraging us to be more authentic. According to a 2019 study published in Personality and Individual Differences, engaging in authentic behavior is considered more attractive and is associated with positive relationship outcomes.

In other words, call the person you’re dating and let them know the “real” you. It will be more effective than playing games through text.

We all have the occasional misunderstanding. This is true regardless of which channel of communication we decide to use.

However, texting in particular is a recipe for misinterpretation and misunderstanding. It’s not just the fact that auto-correct can make our conversations unreadable, but also because written communication by itself lacks emotional nuance that gives us context to the conversation.

Take punctuation, for example. According to a 2015 study from Birmingham University, text messages that end in a period are more likely to be perceived as insincere compared to text messages without punctuation.

Emotional nuance is easily lost with texting. You might want to think about that the next time you text, “that’s great” instead of “that’s great!” in response to your friend getting a promotion at work. Or you could just call the person and make things crystal clear from the get-go.

5. Texting Can Lead to Burnout

If you’re phone-averse, it’s likely because you feel a little anxious when you make or receive a call. That’s completely normal.

But consider this: at least your anxiety lasts only as long as the phone call itself. Texting, on the other hand, is oftentimes an all-day conversation—and it’s not doing our mental health any favors.

In a 2013 study published in Psychology of Popular Media Culture, researchers found that increased texting frequency was associated with sleep problems, exhaustion and relationship stress. The theory is that texting requires us to be “on” all the time, thus contributing to burnout.

If you’ve been feeling on-edge lately, your phone’s constant notifications may be to blame. Take a break from the texting and give the person a call instead.

We’re not saying that texting is bad, necessarily. But if it’s your go-to form of communication for silly and serious conversations alike, your personal relationships are getting the short end of the stick. Calls, whether video or audio, are more intimate and show the type of person you are. So, pick up the phone and call your loved ones. You’ll be glad you did.

Spread the love
Tags: 5 Science-Backed Reasons Why Calls Are Better Than Texts to Stay Connected, Why People Prefer Calling over texting