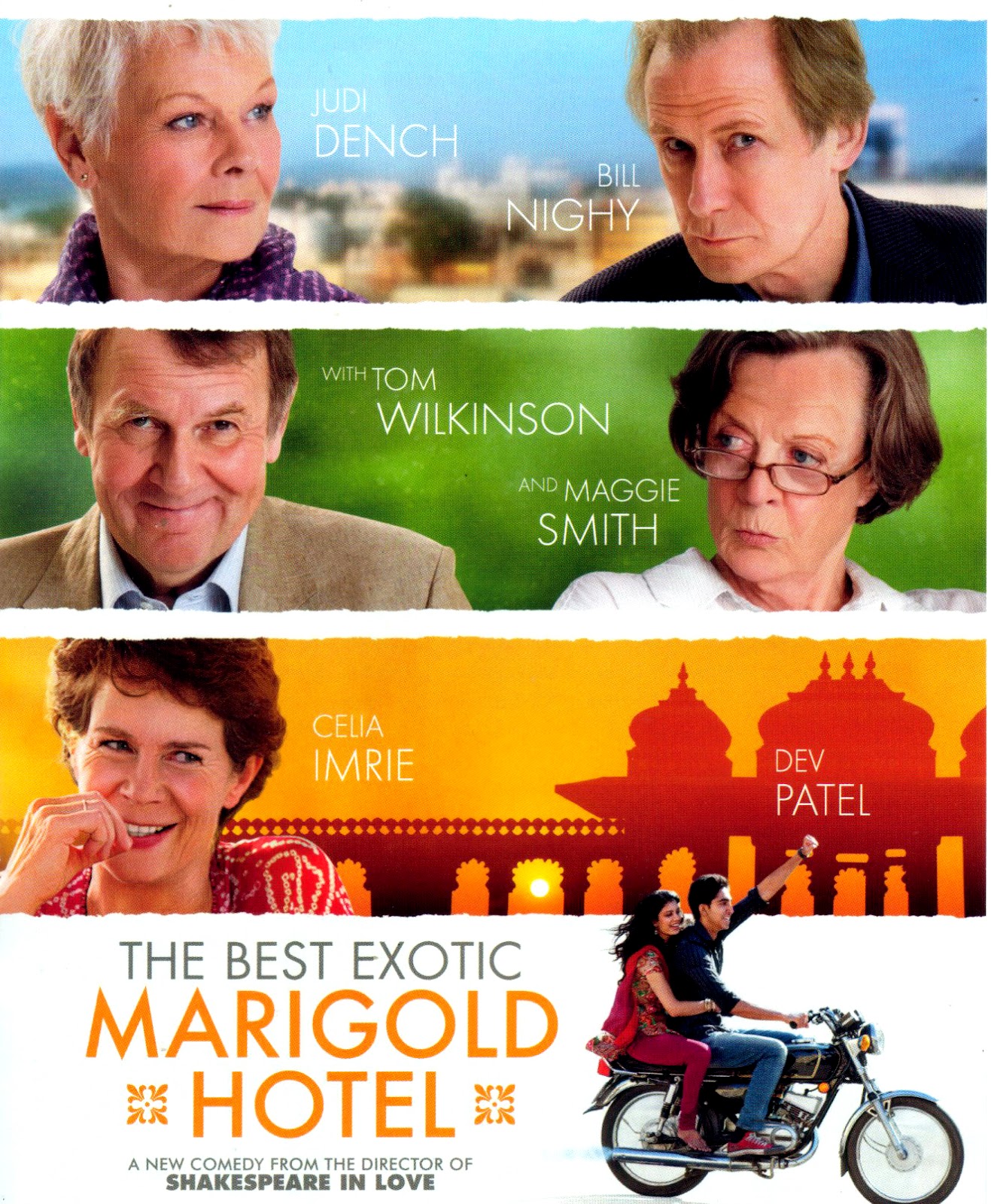 “The Best Exotic Marigold Hotel” – What a ham-fisted concoction of words; must have been an Indian to put best and exotic together. Oh Glorious “Bharat” how the words fall diminutive of your character! No British can flog your celebrated image; or can they? Everyone who comes to The Marigold Hotel has been formerly hot. India turns them hotter, initially. The idea of outsourcing age old wouldn’t appeal too many, unless they have watched and grown with The Marigold Hotel. The bunch of grey headed British retires is here to spend their golden years.

When was the last time that you found old sissies having a helluva time on the big screen? Marigold films a very vivid picture of the old and the admirable. It’s no where near to wall-to-wall political ads, or dour and dismal hospital stays. It’s about singletons with high career aspirations, evergreen romantics and gays.

With a cast like Judi Dench, Tom Wilkinson, Maggie Smith, Ronald Pickup, Bill Nighy, Penelope Wilton and Celia Imrie, playing a bunch of anti-India cynics adapted straight out of “These Foolish Things”, you see a deliberately cloistered India happily basking in its “backwardness”.

There is an air of truth surrounding the image of the gloriously perturbed nation, that you will rarely mind the British wit. Stereotyping Indians doesn’t hurt for it has been done with such art and precision that you might mock the British for being so propah! Lost in the merriness of the movie, you will probably not even mind the “fluent in angrezi” rickshaw walas. A few heart-rending jiffies will be overshadowed by the following events of exoticism.

The Best Exotic Marigold Hotel is a rare gem. Not to brag, but it is one leisurely-paced movie that blankets a serious subject with a pinch of salt and whole lot of sweetness. With The Best Exotic you can clearly see the brighter days in the grim-gray age. The fog doesn’t lift without delay, but with time.

As Evelyn finally accepts and embraces widowhood and takes a flight of independence, the others learn to adjust and adapt in their new home. They embrace it all – the jammed airports, the ruckus on the streets, and the unhealthy “aloo ka paranthas”. While some do it willingly, others have to bear with the sarcasm that India throws at their faces on every rejection.

PART 2 of MOVIE MANIA: JAWS – FOR THE FEAR OF SHARKS