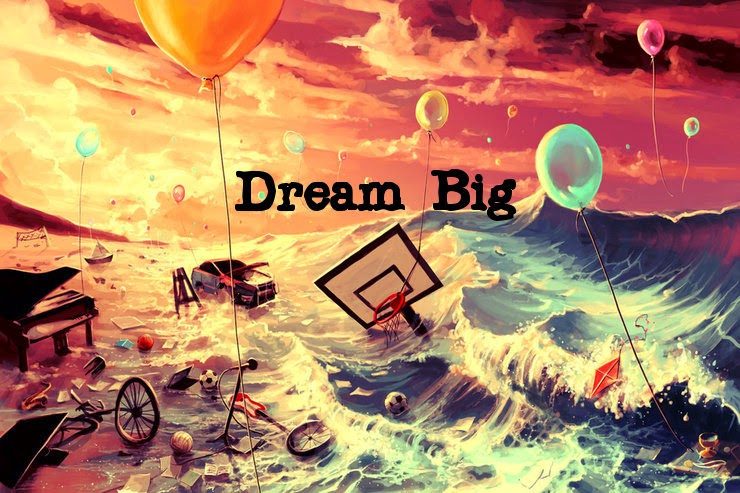 I believe in everything until it’s disproved. So I believe in fairies, the myths, dragons. It all exists, even if it’s in your mind. Who’s to say that dreams and nightmares aren’t as real as the here and now?–  JOHN LENNON

1. Conscious, subconscious, mystics, magic, dreaming – is it just perception into play or is there something more to it?

2. How does a castle build up on its own while you are sleeping, and how does it soon disappear?

3. Where does that snake crawl up on your bed from, making you wake up?

4. Why do kids laugh when they are sleeping? Is it a past-life-dream that they are re-living in their imagination?

Dream experts might claim that they can tell you some exceptional truths about you from your dreams. Whoa, that’s quite a job! Dreams are strange and so are the truths spun around them. There are myriad ‘possibilities’ surrounding them.

But what’s stranger is that dreams too have a history, most of which though got lost in translation. Luckily the first ever traces of dream interpretations were recorded in Babylon.

Albeit, no one knows which civilization was the harbinger of dreams, it is believed that the Egyptians were the first to record them were the Mummy-Making-Ra-Worshiping Egyptians. From astral travel to the existence of the soul to other such things that the scientists are still stuck digging deeper, have been explained quite extensively in ancient Egyptian records on Lucid Dreaming.

Having built a nice cushion for the rest of ‘probabilities’ surrounding dreams let’s begin straight off.

1. Point One: No One Knows Why They Dream: You don’t go to sleep in anticipation of watching a beautiful 3-D movie in your dream. How you do, is another story. Now whether the reel plays in black in and white or in color can’t be foretold. However, science has it that more and more people now see their dreams in color. In the mid-20th century, most of the people dreamed in black and white.

2. Point Two: Your Gender Can Influence Your Dreams: Call it a stereotype or just a teaser ‘Men will be men’ goes true for the way they dream too. Men’s dreams comprise of more aggressive emotions. Women on the other hand, have more complex dreams. We wonder if that makes women more complex beings (pun intended).

3. Point Three: Dreams Can Cause Trouble: And no, it’s not just about the person sleeping next to you waking up because of your shriek screams. It is also about the dreamer, at the end of the day. What if you find yourself hanging out of a window on waking up from a dream that got you sleep walking? Eerie!!!!

4. Point Four: Point Three is Debatable: REM is a phenomenon as per which the body is paralyzed during sleep. The full form of REM is rapid eye movement. When the body reaches the REM phase, it is paralyzed. Hurrah! No falling off the windows or bridges.

5. Point Five: You Can Smell (And Taste) in Your Dreams: It is indeed an extraordinary experience to be able to smell, taste and see in a state when all of your senses are shut. May be it is even possible to sense a touch in dreams – who knows!

The world of dreams offers a lot to explore. Steer it towards philosophy and you’ll be fed with the thought – ‘what if what we are living is a dream’- and the truth is a parallel world – something that we dream of while deep asleep. Think about it!

With You Through Time

Could you be suffering from sleep apnea? 7 signs to look out for