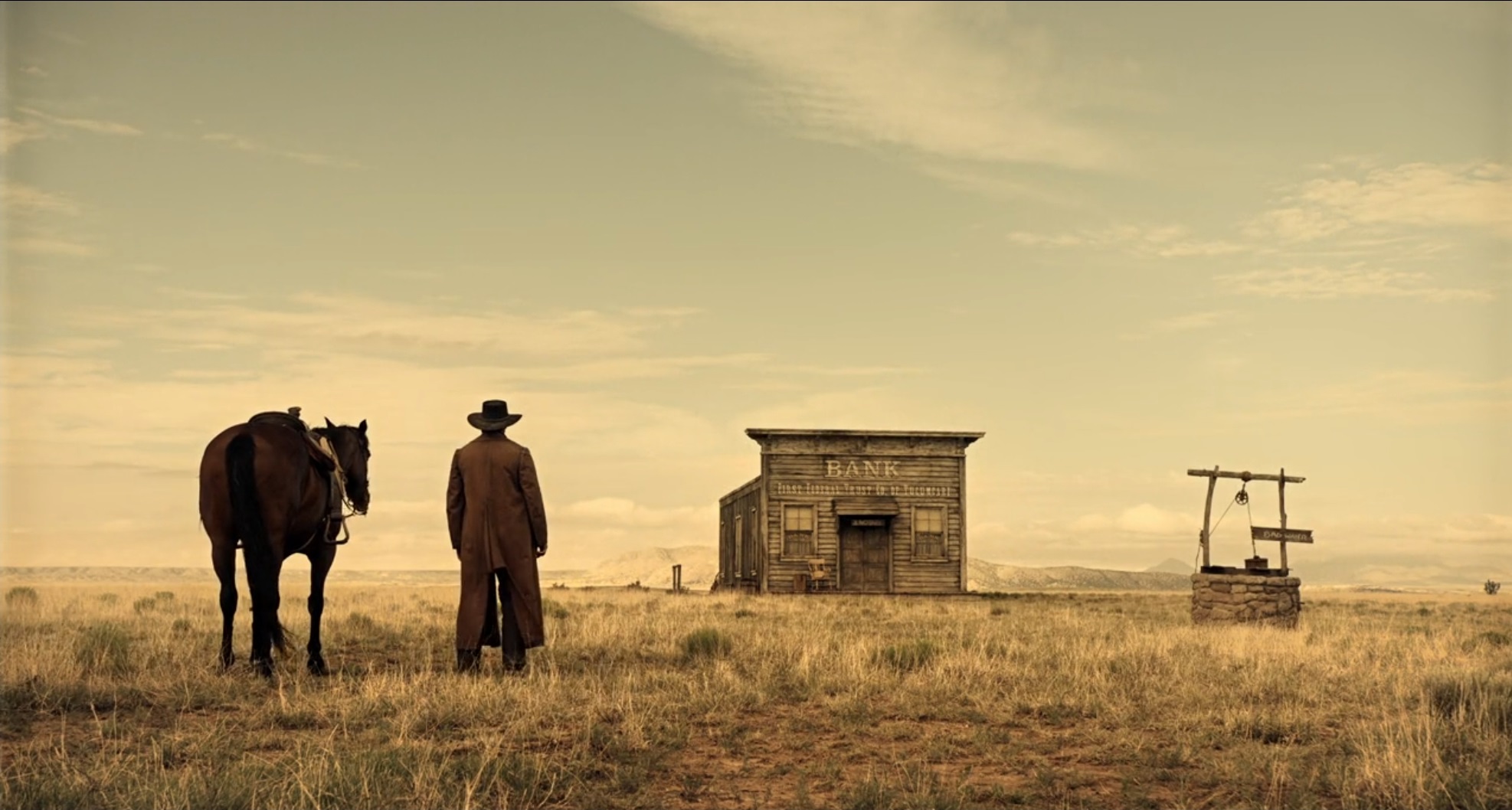 Finding movies that enchant us with a combination of great screenplay, direction and acting is great, but LeisureMartini as a lifestyle and entertainment blog likes to dig into one other aspect that often goes unsung – cinematography. We bring to you a series of movies where everything else takes backseat to the stunning visuals.

We start this series with Coen Brother’s masterpiece The Ballad of Buster Scruggs on Netflix Originals. They have again collaborated with Bruno Delbonnel for the movie’s cinematography, and my goodness the results are better than ever.

Bruno Delbonnel has directed photography of a myriad of gems such as Inside Llewyn Davis, Amélie, a Very Long Engagement, etc. But this time, I believe he has outdone himself/

I won’t show you the entire film through pictures, just 6 of the most arresting shots that enchanted me as much as the work of Coen Brothers on the story and direction.

Most Beautiful Shots from The Ballad of Buster Scruggs

Buster Scruggs riding away and singing his ballad

The following shots are from a story of an old man digging for days to trace a goldmine of sorts. This was also the personal favorite of mine from all six stories.

Trust me, this story – All Gold Canyon – is even more bewitching than its shots.

Here’s James Franco giving a long, hard stare at a bank. You wonder what he’s thinking?

And the closeup. Tell me you’ve never seen a bank like that ever before. In any movie. Even Westerns. Have you?

Pictures and cinematography aside, The Ballad of Buster Scruggs is among the best movies by the Coen Brothers, a fine accomplishment that takes a theme explored many a times before, but gives it a unique spin. The fourth story tested my patience, until the very end. It was worth it, though.

When you are watching The Ballad of Buster Scruggs on Netflix Originals, do keep all your brain cells alert, in particular, for the sixth story. That one will test your smarts.

Spread the love
Tags: Visually Most Beautiful Scenes from The Ballad of Buster Scruggs