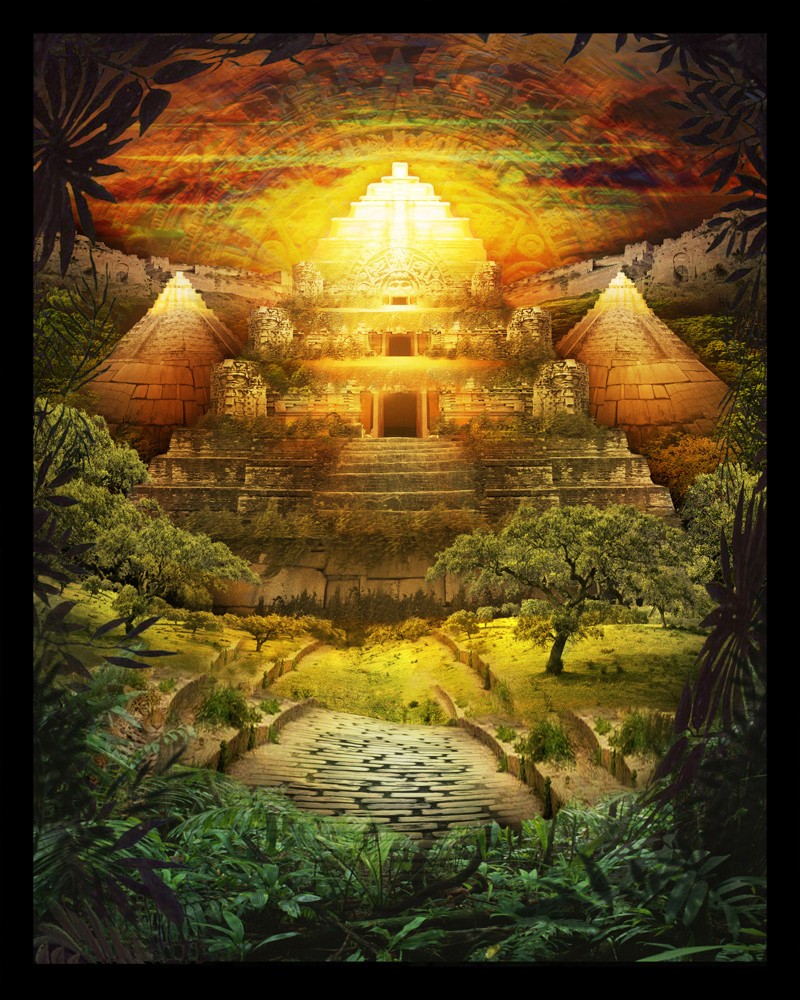 I’ve struck gold, (I shouted) in a mid-night dream which took me to the mystical terrains a land so yellow that for once you would think it was the inspiration behind the celebrated Coldplay tack titled YELLOW! It was a different kind of yellow though, not the grim-pale-jaundicy type. It was shimmering, abundant and affluent. It didn’t take me long to
realize that I was “Lost in the City of Gold”…It was my road in El Dorado. But wait a minute, I know it was a dream; and, I know it’s not quite possible to reach Spain in a fraction of seconds from my homeland. However, does ‘the golden one’ exist?

There are reasons to believe….

A) For there are stories around it
All right, let me put it damn straight – it would take more than a genius to create the idea of a land of gold, out of the blue, and keep spinning tales around it. Have you given a tad bit of thought to how the stories originated – must have been truth.

B) For it was FOUND

Colonel Percy Fawcett knew that it was somewhere near Amazon that his impossible dream will realize. It was almost 90 years ago that the traveler set out on a path so undefined. He secretly believed he had found it (or so the papers told). After a while he disappeared in his expeditions and so did any trace of El Dorado. Like Fawcett, there are others who believed that they knew El Dorado and they knew how it felt to be there – would have been maddening!

Whether Fawcett finally found what he pictured as a continent bigger than America with a highly advanced civilization, like El Dorado, will remain a puzzle. Turn to Lake Titicaca a bit – the heaps of gold in there – isn’t that enough to believe that El Dorado does exist?

D) For There is Machu Picchu

It’s kind of biased – to believe so firmly in Machu Pichhu that you finally find it – but to feel a little less in El Dorado. If for once I could defy Shakespeare, I’d say nothing is the name, everything is in the belief.

E) For It’s An Inspiration for Many

There are poets who have so profoundly written about it, there are philosophers who have penned about it with a sense of religiousness, there are the wealthy who greed I and the poor who need it desperately. The Land of Gold is a motivation behind many expeditions and varied literary works. It does exist for it exists in one form or the
other.

There was a time when airplanes and mobiles made no sense. Some even believe that they were there, very many years ago. And, that they were ‘re-invented’ – Much like El Dorado. While some say it existed and now that it ceases to. I am only concerned with what if were to be…