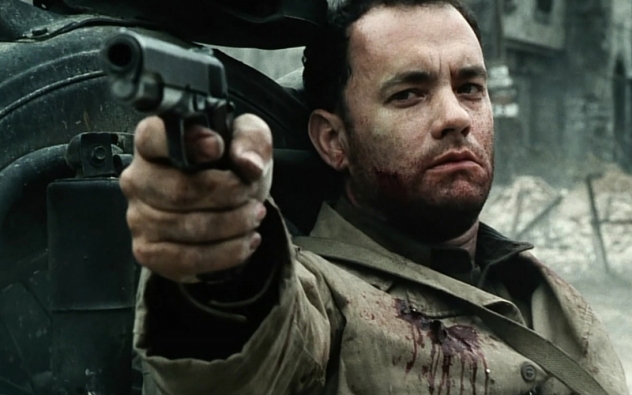 For lack of a want to be orignal, I’m gonna say this: Tom Hanks’ career has been like a box of chocolates. You never know what you’re gonna get.

A career spanned over 2 decades has on its course given us roles that go beyond memorable. Here is a narrow sampling of the best of those: Tom Hank’s greatest triumph. Before the first word is spoken. There must have been disagreements over Forrest Gump the movie getting an Oscar, but there wasn’t an air of discontent over Forrest Gump the character tripping everyone else for the gold. There is no end to the tasty pathos of Forrest who was wading through the shallows of daftness. How do you make a story so unique yet so linear hook the audience? Simple; place Spielberg behind the camera and Tom Hanks before it, and let everything else take care of itself. In The Terminal, Hanks played an eastern immigrant who has trouble understanding and speaking English. How easy was it to go the stereotypical way! Trust the most excellent Mr. Hanks to play it in his own terms. To a role that was hardly pathbreaking, Tom Hanks infused an escalated application and a serious authenticity that transcended the hollowness which lay somewhere with the making of the movie. Marooned on the island, Hanks’ character needed to show the desperation that casts over when civilization fades and obscurity growls. The ballistic celebrations, when the forced caveman, after all the struggle, managed to start the fire, stayed with you long after the credits finished rolling. Tom Hanks did that and more. Hanks played the role of an army captain in his own  subtle – wonderful – terms. On a mission to return a mother her only son alive, Tom displayed every bit of bravado as a Captain and every bit of heart as a soldier  (Yeah, that sounds daffy, but only if you never saw the movie). Saving Private Ryan along with a few Stanley Kubrick’s gems is touted as the greatest war movie ever. Now, that may or may not be true, but it does underscore the blacks of war in the most unrelenting manner. There were no maudlin impulses here. Obscured and abandoned, Andrew Beckett stole your hearts. To see Hank’s brilliance here, you don’t have to squint. Not even an inch.

The expressions, the dialogue delivery, the daring choices of roles – everything leaps. A heady tour de force of a performer, Tom Hanks has adopted restrain as his strong suit, never failing to leave an indelible impression.