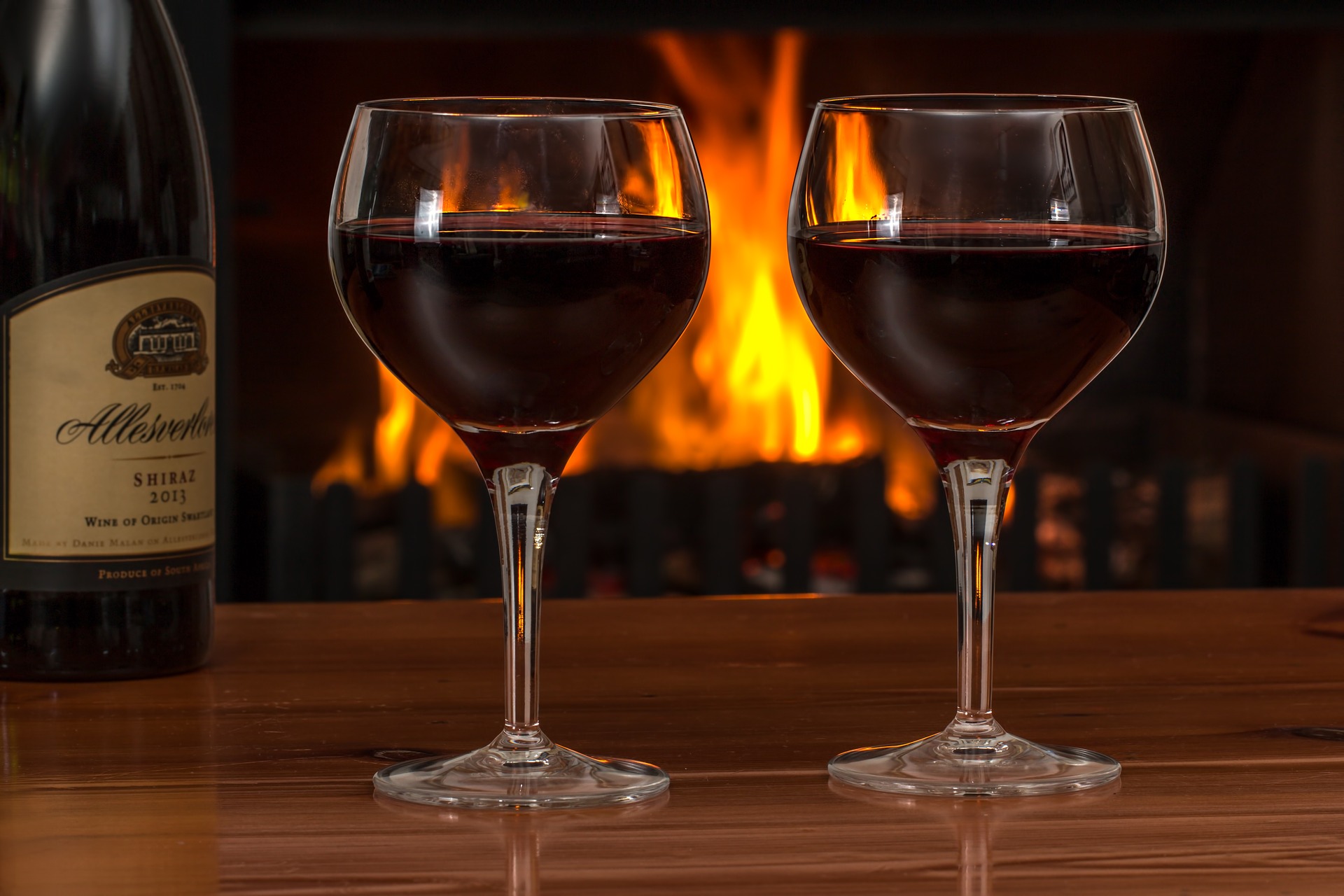 To say that wine has been around a long time would be like saying McDonald’s has sold a few hamburgers over the years. The origin of wine can be traced back to Georgia ― the country, not the state ―  and the first use dates back 8000 years. And while you may be tempted to think that wine only pairs with cheese at fancy cocktail parties, the truth is that you can pair wine with any of your favorite snacks, including popcorn.

While that’s a nice nugget of information that may win you a point at your next bar trivia night, it’s not exactly what you came here to find out. So, let’s cut to the chase and raise our glasses high, and discover the real truth about the health benefits of wine. But first, let’s look at how wine stacks up to other popular alcoholic beverages.

Wine vs. Liquor and Beer

You may be tempted to think that alcohol is alcohol and there’s little difference between the various types. However, according to WebMD and numerous studies, the differences when it comes to your health are quite substantial.

There’s a significant amount of research to suggest that consumption of any alcohol in moderation has heart health benefits, however, newer studies are beginning to show wine as the clear winner.

Lead researcher Morten Gronbaek, MD, says, “There certainly seems to be a difference in the effect of drinking wine compared to beer or spirits. Wine drinkers appear to live longer.”

Barry Meisenberg, MD and professor at the University of Maryland School of Medicine calls the study interesting and provocative and adds, “Alcohol is a two-edged sword. While small amounts may have beneficial effects on mortality, when you go much above that amount the effects are reversed.” It’s also worth mentioning that drinking too much, even wine, can potentially cause alcoholism and the negative effects on the body (and life in general) that come with it if you’re not careful.

Dr. Meisenberg also notes that not everyone should be consuming alcohol, even in small amounts. Among those people are those who suffer from gastritis, liver disease, or patients who take medications for high blood pressure. GERD and alcohol is another poor combination.

For those people with GERD, alcohol can cause exacerbated negative health effects. Researchers have found alcohol, especially white wine and beer, to induce acid reflux. As you can see, when it comes to your health, one size never fits all.

Red vs. White (There is a Difference)

It might help to first understand exactly where most of those wine benefits come from. After that, the dots will connect themselves.

According to natural health expert Dr. Josh Axe, the main reason red wine is healthy in moderation for one main reason is the antioxidants it contains, specifically the phenolic compounds found in the skin of red grapes.

A quick wine lesson: red wine includes the skin and pulp of red grapes in the fermentations process, while with white wine, white grapes are used and only the juice is fermented. The skins are where the majority of health benefits can be found. The fleshy part of the grape, by contrast, has some antioxidants though far fewer.

For those who are unfamiliar with antioxidants, these special compounds help control the oxidation in our bodies as a result of free radical production. Free radicals are simply unstable molecules ― cells that are missing an electron which sends them on a thieving spree to gain electrons from healthy cells. When you keep free radical production in check, as in consuming foods (or wine) with antioxidants, you maintain that balance. When you don’t, you’re more susceptible to diseases, such as cancer.

According to Dr. Axe and many other health experts, the list of benefits from consuming red wine is long, and includes:

The two main components of red wine most responsible for its health benefits are quercetin and resveratrol ― flavonoid compounds that help the body manage environmental stress and improve health at the cellular level, including cell growth.

Quercetin, in particular, helps to mitigate the effects of aging and inflammation. Chronic inflammation is a widespread problem that acts as a foundation on which numerous conditions and diseases can thrive and grow, like cancer, heart disease, and the dozens of autoimmune disorders that have been gaining attention over the years.

Resveratrol, another type of antioxidant, is thought to be one of the strongest polyphenols found in nature. Remember those pesky free radicals that can disrupt health at the cellular level? Resveratrol is their kryptonite, and red wine is the best source of resveratrol.

While you may be wondering if more red wine means more benefits, it doesn’t. Dr. Axe is quick to point out that diminishing returns set in pretty quickly when it comes to red wine consumption, which is why he takes a minimalistic approach and advises it be consumed “now and then.”
If you’re sold on the health benefits of red wine, it’s important to understand how vital it is to store your wine properly to produce the best possible textures and flavors. Enjoyment is everything. Snobbery is optional.

You Had Me at Merlot: 5 Factors That Determine the Price of Your Favorite Wine