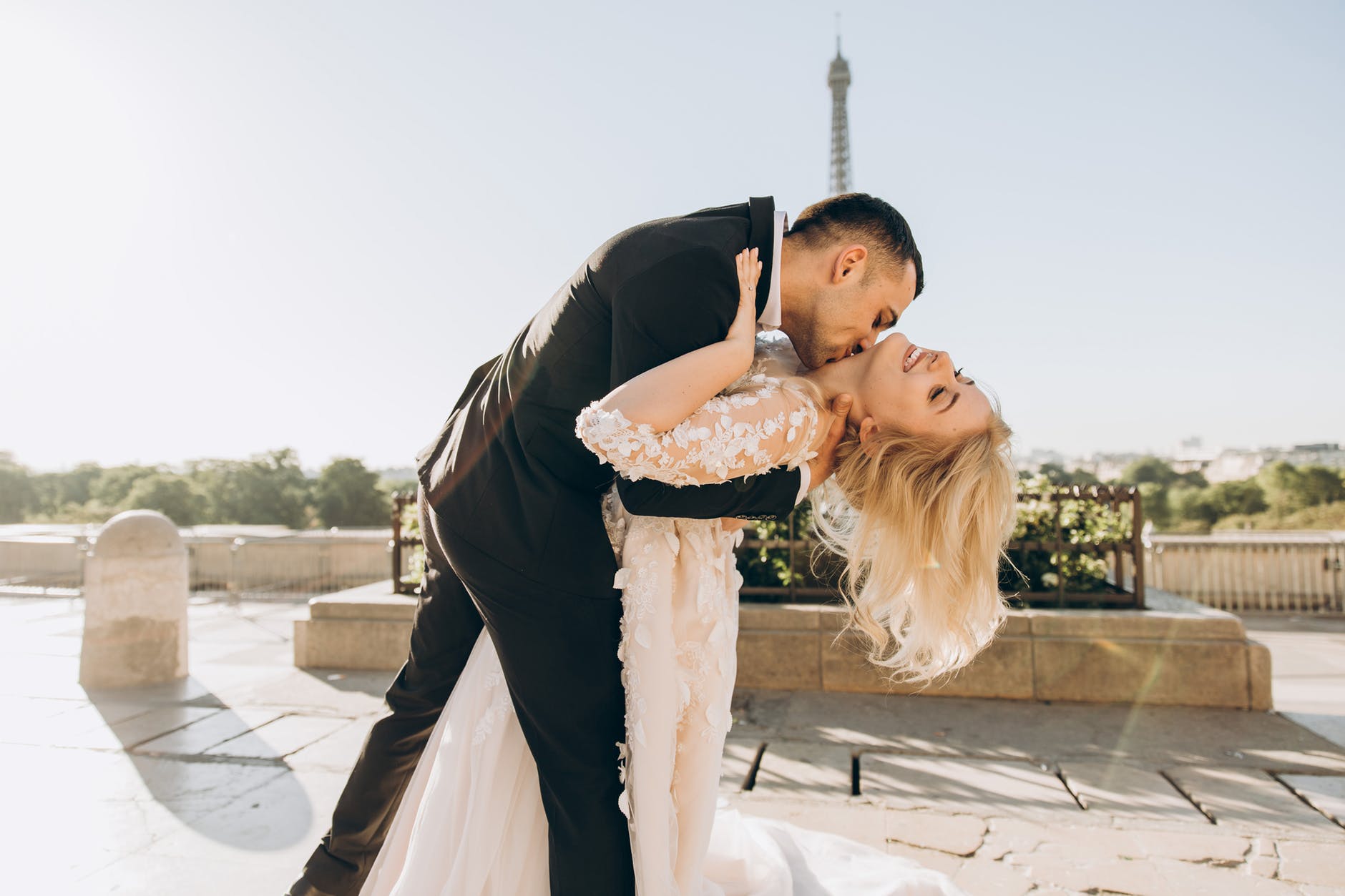 Wedding season is just around the corner. With bluer, sunnier, longer days, it’s no surprise that summer has become the ultimate season to tie the knot. At this time, each year we’re bombarded with wedding invites, wedding-themed social media threads and endless pictures of smiling couples. And whether the happy occasion happens on the beach, at a church, or in a registry office, the same wedding day tropes crop up time and again— the dress, the rings, the wedding cake. These wedding day staples have become so synonymous with “the big day” that we never consider their origin. But where do these seemingly universal wedding day traditions come from?

Why does a groom spend so long selecting the perfect ring for his bride-to-be — and why do we insist on hiding the bride from the groom before she walks up the aisle? And what’s with the enormous wedding cake?

In honour of this loved-filled season, we take a plunge into history and uncover the true stories behind the most common wedding traditions.

Beyoncé’s now iconic song may be a thoroughly modern way of getting the party started and “all the single ladies” on the dance floor at a wedding reception, but the significance of the ring at weddings reaches far beyond this cult-classic.

Rings are arguably the centre of wedding rituals. The engagement ring is given before the big day as a token of the promise to wed and couple exchange rings during the ceremony itself as a symbol of their unbreakable bond and love. The wedding ring is worn throughout the (hopefully) long marriage as a sign of commitment between the couple. But when did this traditional band of gold or silver become so synonymous with matrimony?

Some of the more cynical of us might believe that spending a fortune on the modern engagement ring is a sign of our contemporary capitalist world. More than a few others could also argue that engagement rings first burst onto the scene when diamond producers De Beer crafted their now infamous slogan “a diamond is forever” in 1947. But the truth is, rings and marriage have a lot longer history.

Archaeological evidence suggests couples exchanged rings as a sign of devotion in almost all of the world’s ancient civilisations. In Ancient Greece, Rome and Egypt (to name just a few), the cyclical shape of rings were thought to symbolise unity, a coming together of two into one complete whole. These bands were embellished with precious stones and gems that each carried a particular significance and meaning. Sapphires and aquamarine were for marital bliss, whereas for the cynical, mystical pearls symbolised a union blighted with bad luck and misfortune.

We’ve also got to thank ancient Rome for another ring tradition — the finger on which we wear the ring. Back then, the Romans believed that there was a vein that connected the fourth finger on the left hand with the heart. So by wearing a ring on that finger, you were proclaiming to the world that your heart was connected to the person that gave you the ring — and it’s a tradition that’s stuck around since then!

“Sisters Are Doin’ It for Themselves”  — Bridesmaids

For every bride, there is a group of bridesmaids. These modern-day wedding heroes are the ones that get things done and ensure that everything runs smoothly. From organising the hen do to arranging the flowers, keeping family members entertained to checking on the catering, it’s a revered wedding role for many good reasons. And in exchange for all the hard work and long evenings spent planning, bridesmaids normally expect a shout out on the big day or a little token for all their effort — not to mention a gorgeous bridesmaid dress. But it wasn’t always that way. Historically, bridesmaids were not only assigned responsibilities — they were expected to place themselves in danger.

It was the Romans (again) that first made bridesmaids an invaluable role within wedding day celebrations. Back then, for a marriage to be legally binding, there had to be ten witnesses – five girls on the bride’s side and five boys on the groom’s side. These unlucky girls were then dressed in the same dress as the bride to confuse vengeful evil spirits that sought to interrupt the wedding ceremony and hurt the bride. Essentially, bridesmaids were decoy brides for supernatural invaders!

And the tradition of using decoy brides doesn’t stop there. In the medieval and early modern period, the supernatural threat was replaced with a very real one. Back then, highwaymen and opportunistic thieves, would kidnap brides and charge a hefty ransom for their return. Rather than place the bride in the line of danger, bridesmaids were dressed up in the same frock and used as bait to draw attention away from the couple. Now that does put a whole new perspective on helping a sister out!

Weddings are filled with superstitions from history. Some, like the supernatural threats of ancient weddings, have long since been forgotten, while others remain as pertinent now as they did back then. And of all the superstitions none is more common than the requirement that the bride has something old, new, borrowed and blue. We’re sure more than a few nervous brides have made a last minute dash to ensure that they had an item for each category before daring to step out on their wedding day.

No wedding table would be complete without a sugary, flamboyant, multi-tiered wedding cake. In ancient times the wedding cake was considered to be a symbol of fertility. When the bride and groom ate a piece of the cake, it was said that their marriage would be fruitful, which puts a whole new spin on a fruity wedding cake. But why are wedding cakes always stacked so precariously high?

Queen Victoria’s cake weighed in at a whopping 300 pounds and today, the old motto  “the bigger, the better” is definitely taken to heart when it comes to the cake and we have medieval England to thank for that. Back then, a wedding reception wouldn’t be the same without a few fun games — and the favourite was the wedding cake game. In this game, the newlywed couples had to strain over a pile of precariously piled cakes and try to kiss the other. The higher the cake, the more rewarding the kiss, and supposedly, the better the marriage— sounds perilous!

There are thousands more traditions that we could explore when it comes to weddings. Behind every act, word, and item, there’s a historical story that adds meaning and significance to an already special day.

Small and Big DIY Projects to Improve Your Home’s Sustainability

Paintings for Vaastu – Where to Place Buddha Paintings in Your Home

SBI PO: How Engineers Can Crack it?