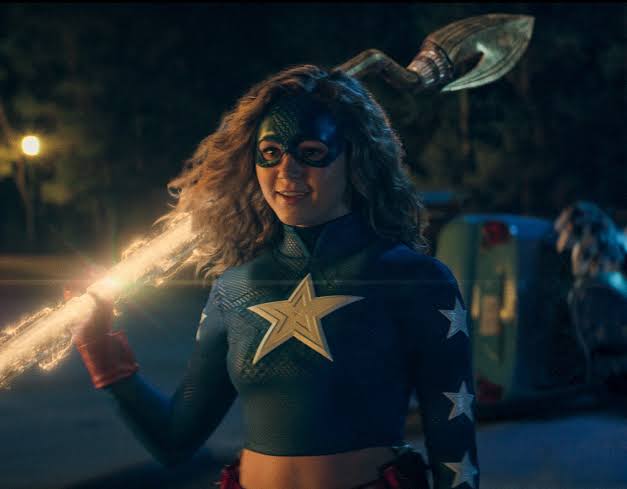 Great news for all you comic book fans! The web television series Stargirl has been picked up for a second season. Helmed by producer Geoff Johns, this series is based on the DC comic Stargirl and its unique universe. Season 1 was originally available on the DC Universe streaming service. You can also watch it on The CW Network for free as it airs, via the paid service HBO Max or by paying per episode on YouTube or Google Play Movies & TV.

If you don’t have time to binge watch all thirteen episodes before Season 2’s August 10, 2021 premier on The CW Network, keep reading for your refresher.

Stargirl is about a typical boy-crazy Los Angeles teenager who moves to Nebraska and discovers the Cosmic Staff of Starman. She becomes the leader of a new generation of superheroes in the fight against injustice. Courtney Whitmore, played by Brec Bassinger, discovers both the staff and the fact that her step-dad was Starman’s sidekick before Starman’s untimely demise at the hands of the Injustice Society of America.

Her friends include Yolanda Montez aka Wildcat II, Beth Chapel aka Doctor Mid-Nite II and Rick Tyler aka Hourman II. Each member of Stargirl’s new Justice Society of America struggles with personal issues that increase their relatability to teenage audiences.

With super heroes, one must have super villains. Stargirl is no exception. The new incarnation of the Injustice Society of America boasts Henry King, Jr. and Cindy Burman. Both characters are the offspring of original ISA members.

They have powers of their own beyond their popularity among the student population at Courtney’s new high school.

Quite naturally, the episodes of Season 1 seek to establish the characters around which the show revolves. Courtney’s incarnation as Stargirl features prominently in the early episodes. Her relationships with both her step-father and mother are established, too.

An encounter with an ISA member cements Courtney’s resolve to make a positive difference in the struggle of good versus evil. Mid-season episodes move into Stargirl’s recruitment of other heroes to round out the membership of the JSA and the efforts into team building and harnessing their powers.

The birth and evolution of the members of the new ISA are explored in later episodes, complete with unresolved confrontations between the two groups. This, of course, leads to a major showdown at the end of Season 1.

You’ll want to tune into Stargirl Season 1 to get the details on the series before Season 2 starts.