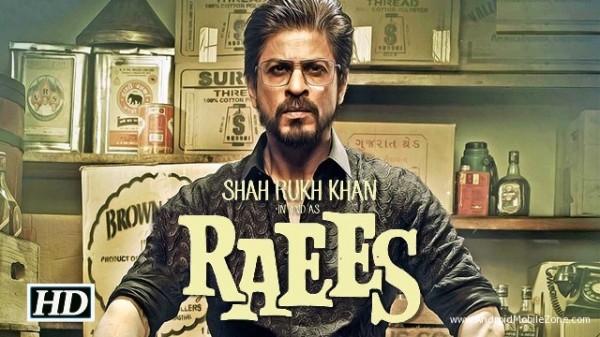 Once the forced-down-your-throat promotion overstays its welcome and the film starts off on its 100-crore march, it’s mediocrity’s turn to take over.

People, I confess — I’m dealing with kingsta-perfmo-phobia, defined as the fear of another incredibly dull SRK blockbuster.

If there was an award for ‘biggest letdowns of the year’ in Bollywood, Shahrukh Khan would have been one serious contender, year after year. His consistency in producing mediocre cinema hurts. For an actor of his caliber and stature, one can’t help but wince at his seemingly conscious attempt to take his audience for granted.

Every time a film trailer feels like SRK is branching out of his comfortable cocoon and experimenting with a bold and difficult role, it gets my hopes up. Once the forced-down-your-throat promotion overstays its welcome and the film starts off on its 100-crore march, it’s mediocrity’s turn to take over. Fan, Ra.One, My Name is Khan — the list runs longer than Sanjay Kapoor’s entire filmography. Here’s what helps Raees join the much-celebrated club:

You Figure Out the Whole Story, Down to the Dialogues, Even Before the Opening Credits Start Rolling

When you can easily predict what’s going to happen six moves ahead of time, there is no fun to be had. Raees wants audience to be fully sorted in its head and not rack its brains on how the story is going to unfold. Example in case: Before the opening credits start rolling, while Raees is just a kid, you know once he grows up to become the biggest bootlegger in town, Mr X is going to try to get Raees assassinated and die trying.  Or, in a heated argument with Raees, Mr Y is going to piss him off by using the ultimate insult “battery.”

Mr X does die trying and Mr Y does get the worst thrashing of his life. Mr Z, meanwhile, is floored by Raees’ antics and becomes his guardian angel.

Punchlines Babbled Out With Zero Context

A fairly talented dialogue writer came up with some decent punchlines. The makers decided they are going to use each of those punchlines 54 times over, and so they did.

Falling Short of Punchlines? Break into a Song

You can only have so many punchlines in a single movie. After all, even fictional characters have to have a normal conversation, just like us lesser mortals. In Raees, however, for every lack of a punchline, you break into a song. Which is okay, we’ve been fed that our entire life, but can we at least have a decent music?

Nawazuddin and Other ‘Side Actors’ Had Too Little Screen Time

I’ve been an SRK fan for the longest time, but let’s say it without masking: SRK got outclassed by the guy playing his best friend, Mohammed Zeeshan Ayyub. In a role that’s reserved for the eternal side actor, Ayyub is more measured and natural in Raees and steals SRK’s thunder every time he’s in the same frame. Nawazuddin Siddique, meanwhile, is an actor who is incapable of making a false move, and he doesn’t. Only if these fine actors had more to do in the running time of over 150 minutes.

Raees is a Pussy

For 2 hours of the movie’s running time – and 30 years of his life – Raees has it too easy for him. Want a job with the biggest bootlegger in your neighborhood? Sure. Planning to move away to start your own bootlegging business and become a legend at it? Done. How about killing your mentor and becoming an undisputed leader in your market. Here you go.

I almost gave up waiting for Raees to suffer a setback, since that would have made the dull proceedings a little interesting. He finally did receive a jolt just 20 mins before the climax. And how did the ferocious and fearless Raees deal with it? He wept like Devdas in his wife’s arms. Another setback, more tears; followed by the giving up. So while makers had you believing that Raees is the biggest badass in town, whenever the going got tough, Raees got traumatized and ran for his cry baby handkerchief.

Mahira Khan – So Much For an Eye Candy Even if Indo-Pak relations normalize in future, Mahira Khan is not getting any roles, except of some damsel in distress or an eye candy who shows off a lot of skin (since Raees missed out on that). The female actors deserve way more respect. Considering the slew of good female-centric films Bollywood has produced over the last 5 years, what possible excuse could there be to have a characterization so thin and insipid.

Quoting myself from an older article: Every once in a while, you run into a movie that’s so boring that your mind wanders off to superfluous matters — like how often does the hero comb his hair to keep not more than three strands of hair falling on his forehead, looking so spick-and-span? Raees hits that sweet spot.