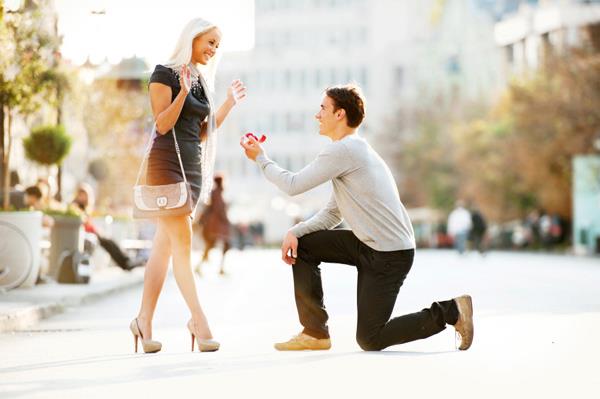 The debate never stops. Should you come out in the open about your feelings for the man or woman you’ve been dating for a while? Or keep them well hidden till the ‘time is right’? Or wait endlessly till you hear a declaration of the other’s feelings?

We new-age singles are a strange lot. We’re so open about everything else in life, often going to town or Facebook about our feelings about every non-issue or non-celebrity or non-believer. Yet when it comes to declaring our true feelings about someone we care about, we take a step back and start evaluating the risks. And more often than not, decide that saying nothing is better than saying it at all. Take a friend’s case for example. She’s in love with a single man and yet, has never told him so. Of course, he hasn’t either. They have sparks flying between them…they talk every other day…they flirt shamelessly, rib each other about the incongruous matches they come across on matrimonial sites and compliment each other about how eligibile the other is. Yet when it comes to declaring their own feelings about each other, they remain strangely coy. My friend believes that it’s always a man’s prerogative to say something ‘significant’. And since he hasn’t, she’s convinced he doesn’t “look at her that way.” And so, their 3-year ‘friendship’ continues to stay afloat in an insipid comatose sea – like a boat that is bobbing up and down, headed nowhere.

Some tell me, this is the politics of love. According to another girlfriend, Indian men may seem very liberal and open-minded, yet if a single woman was to unabashedly admit that she was attracted or in love with him, his interest in her would come crashing down. He’d take her for granted and treat her casually. Thereby, effectively nixing any chances she may have had with him, in the first case. Her advice to all singles is to act ‘pricey’ and ‘keep the guy guessing’, till he drops his defences. My question was : How long does this charade have to continue? And she replied confidently that if he did not say anything in the next six months, she would ‘move on with ‘no regrets’.

Which is where I have begun to wonder. Are we turning into a generation who is ready to move on without ever knowing? Without ever saying it first? Or ever? Without ever taking that leap wihtout worrying about the consequences? For a generation that puts bungee jumping and paragliding on their bucket list, we’re so damn scared of taking a leap with our words? “What if he hates me?”, “What if she thinks I’m so desperate?”, “What if I end up being a fool?”, “What if I lose him as a friend?”. Yes, the chances of any of these happening are omnipresent. But on the other hand, consider this. By not ever revealing what you feel confidently, clearly and completely (because I believe there is no shame in saying you’re in love!), you’d be living a life half-spoken and most definitely, half-fulfilling.