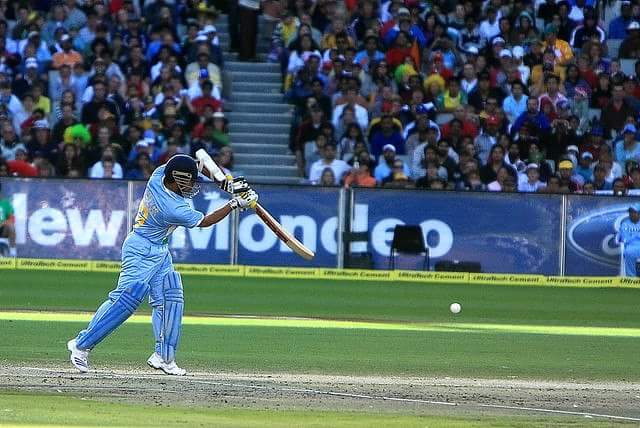 I always had a bone to pick with Sachin’s Tendulkar’s non-fans and detractors who start every argument against Sachin starts with this sentence – “Except for Sharjah, tell me how many great innings he has played in his career.”  Well, to give a one word answer – Countless. People who fail to look beyond the Sharjah sandstorm innings must realize that Tendulkar’s exploits in that series may not even make it to his top 3 ODI knocks. He surpassed his Sandstorm innings quite a number of times in the years that followed.

So, here’s the list of Sachin Tendulkar’s ODI knocks that were even better than Sharjah innings, or almost as good.

Not only is it Sachin Tendulkar’s best ever innings, it also happens to be one of the greatest innings ever played in Cricket across all formats. Want to know who else believes so? Ricky Ponting. Chasing a target of 350 set by Australia, the match once again showed how India was still largely a one man army even in 2009. Tendulkar single-handedly took India tantalizingly close to victory. When he got out, India needed 18 runs from 17 balls. The end result? India lost.

When right after India’s debacle 2007 World Cup, every one in the world was calling for Tendulkar’s retirement, who would have thought that 3 years later, at the age of 37, he would go on to get the biggest ODI innings by scoring first ever double hundred in ODIs? Tendulkar was well into his 21st year of International Cricket, and that’s what makes our jaws drop to the floor.

What can be said about the inning that has a plethora of online and offline literature dedicated to it. Every time you catch a glimpse of Sachin thrashing the trio of Wasim Akram, Shoaib Akhtar, and Waqar Younis all over the park, it makes your heart sing. This also happens to be Sachin’s personal favorite knock.

So this happened in the same year as Sharjah, but was even more explosive. Sachin murdered Australian bowling attack with denatured fluency and ruthlessness. India scored 307 of 50 overs before bowling out Australia for 263 in the Quarterfinal game of the cup

Here was a precision-filled dissection of the Australian bowling attack comprising of lethal bowlers in their prime. Brett Lee and Mitchell Johnson were on fire, yet were effortlessly tamed by the Master. Again, it was nearly a single handed effort that won India it’s first ever Commonwealth Bank series in Australia, beating the hostsbin 2 successive finals. Sachin followed his century in the first final with the score of 92 in the second final.

So, is it just me or do you also consider these knocks equally great or even better than Sharjah? Or do you still feel he could never match his Sharjah brilliance again? Express in comments below.

10 Sensational Excerpts from Sachin’s Autobiography, “Playing It My Way”