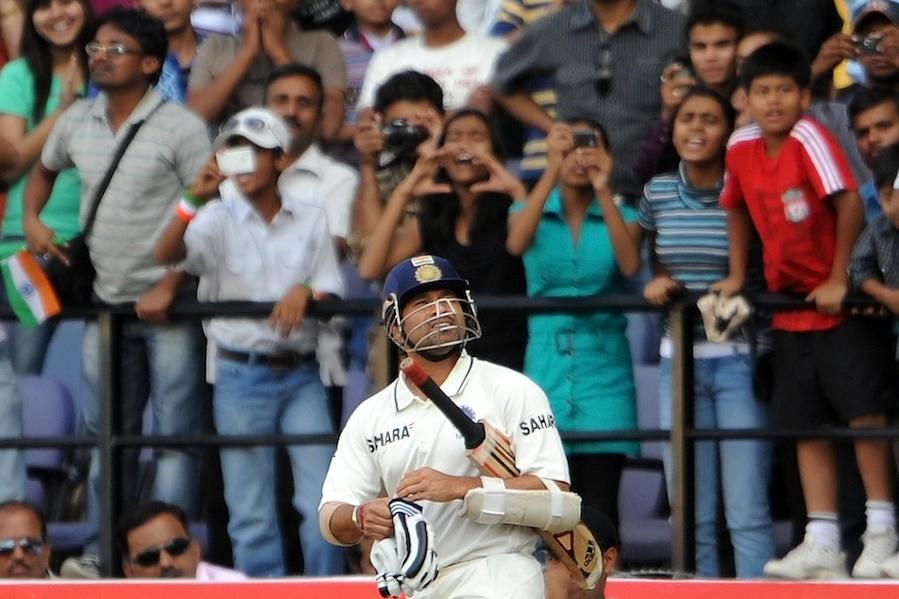 NEW DELHI: Sachin Tendulkar has always been showered with the biggest of compliments but former Australia opener Matthew Hayden took it to a new level as he placed the senior batsman above the game itself while calling him India’s Don Bradman and a “movement in himself”.

“They will write books and do movies on him in the coming years because he has taken Indian cricket to a new level, and played a big part in winning many series at home and abroad. He is India’s most prolific player; the country’s Don Bradman,” said Hayden.

Tendulkar is approaching his 40th birthday and to commemorate the occasion, ‘Outlook’ magazine has come out with a special issue on the Mumbaikar in which celebrities from all walks of life have heaped praise on the veteran.

“I would place Sachin at the top of any list of the greatest cricketers ever. It’s not about his cricket. Sachin is not just cricket anymore; he is an embodiment of abstract superlatives. Sachin is hope personified, of people overcoming adversity and rising out of the ashes. He’s more than cricket,” Hayden added.

“Sachin is a movement in himself, a phenomenon. It has been scrutinised, reflected upon, analysed for years. There have been tough times and good times, but the truth is he’s one of the greatest players ever,” he said.

Hayden placed the legendary batsman at the top of his list of greatest cricketers ever.

The Aussie said the kind of interest Tendulkar generates in people is next to none.

“I have been witness to the kind of hope and interest Sachin generates in people. The level of expectations when the little warrior goes out to bat is staggering, everyone hopes that India’s performance will lift around him.

“The euphoria of spectators in the stadium and the buzz around the town when he bats is second to none.” Recollecting his favourite Tendulkar innings, Hayden said, “My favourite innings of Sachin was at the Sydney Cricket Ground where he scored 200 plus. He just played so effortlessly yet with such discipline! It’s like the venue – the SCG – was made for him. He has a phenomenal record there. But one of his most skillful innings was in India in 1998. He negotiated spin beautifully.

“We had a world-class spin attack in 1998, with Shane Warne, one of the greatest, versus the king of Indian cricket, Sachin, and he had a well though-out methodology of scoring runs. His performance was exceptional. He just took apart the opposition in a very measured and calculated way.”

Hayden insisted it was remarkable the way Tendulkar carried the hopes of 1.4 billion Indians for over two decades.

“He has carried the weight of the Indian cricket team, for a very, very long time. That’s the weight of the accumulated hopes of 1.4 billion people. Expectations and stakes are always high. During this, he has a great ability to flow through life with a simple smile and a polite manner.

“It’s very hard for me to understand the pressure he goes through because we don’t have the numbers, eyeballs and profile like he does. But what I know about Sachin is that he seems to have this great energy.

“It’s almost like a membrane around him, where he allows things to come into his space that he needs to deal with. Otherwise, he just flows along with life,” he elaborated.

Stating that he has enormous respect for the Indian, Hayden said, “I always believe you can never judge a player until you play with him. I am sure Sachin and I would have got along very nicely. It was always extremely competitive between India and Australia.

“But having played now for CSK ( Chennai Super Kings) and understanding the inner workings of Indian culture, the people and also the incredible ups and downs that go with being an Indian cricketer, I now tend to understand Sachin better.

“In India when you lose, it’s so hard to get up because it means so much. I have enormous respect for Sachin, which I think is more important to me than friendship.”