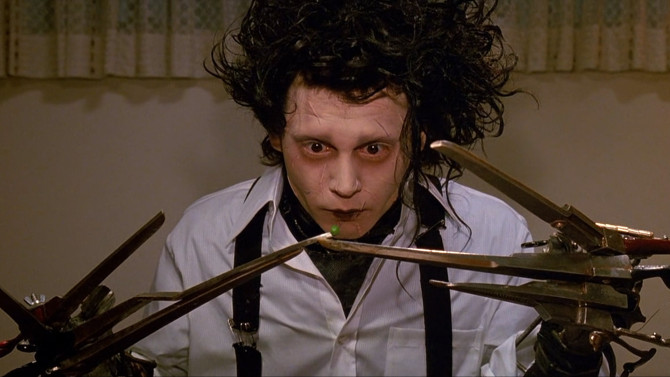 The word ‘popular’ doesn’t lend a candle to the Johnny Depp aura. This immensely talented and never-afraid-to-experiment actor has already achieved the status of a legend, and as the time passes by, the legend of this legend keeps on growing.

While the last few years of the actor haven’t been quite blazing from the professional point of view, the pre-Sweeney Todd era has been most fulfilling for the legions of his fans worldwide. So I’ll just start this list from thereon and then go backwards.

Here are 5 of the best Johnny Depp Roles (I first published this post elsewhere): A knockout for sure! Johnny Depp was frigging awesome as the man consumed by revenge. The movie was directed by Tim Burton, the man behind the lens for some of the very best work done by Depp. Helena Bonham Carter and Alan Rickman played the ideal foil to Depp. The movie also boasts of some wonderfully made sets that depicted the old world charm in its own dark, scary way. This one is easily the most underrated performance of Depp’s career (and I say that knowing it was nominated for Oscars). In a career glorified by the Pirates of Caribbean mis-adventures, Finding Neverland shows a different side of Depp and puts him opposite another modern day legend Kate Winslet. Together, they create magic on screen, keeping up with Peter Parker who creates magic with his stories. Are you surprised that Tim Burton’s name appears for the third time? I wager not. This legendary director is responsible for bringing the best out of Depp and Ed Wood was no different. Based on a man who is officially considered the worst film director of all times, Ed Wood is filled with eerie characters who in their own way amuse and scare you. Wasn’t he a cute little thing in this tragedy! Another gem by Tim Burton, Edward Scissorhands was Johnny Depp’s shot to fame and got the best in him out there on the celluloid. The movie was a massive hit among masses and is still considered one of the finest works by Depp. Girls swoon over this avatar of Depp with scissor hands. This was the first time in 8 years that a Johnny Depp movie truly got me excited. After a decade of worthlessness, this is truly something from the Depp factory that we can relish and cherish. The fact that he didn’t even get nominated at the Oscars is a grievance to be shared another day. Playing the bad-ass-down-to-his-boots Whitey Bulger on screen, Johnny Depp burnt his way into our head with his sinister portrayal.

In a career that has spanned over three decades now, there is much more to Johnny Depp than this list. IMDB tells me that there are interesting films coming up. Let’s get those hopes up a little bit.

You are Not Gonna Believe This – Johnny Depp Astonishingly Transforms…

5 Ways to Make Friends When You Have Social Anxiety Disorder