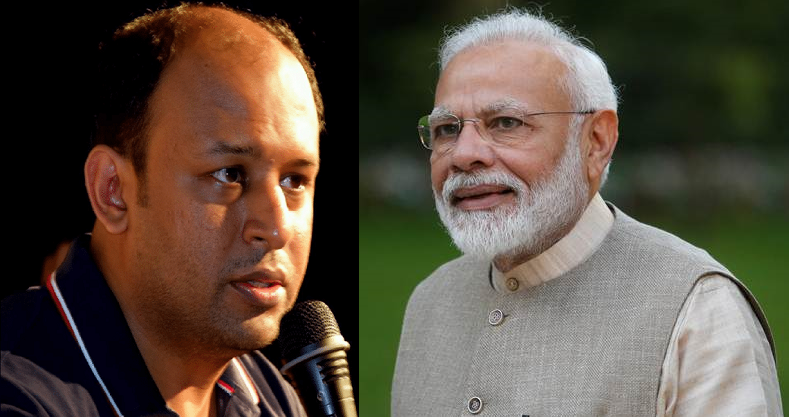 My work entails spending considerable amount of time on social media. To be honest, it is exhausting and excruciating – in equal measures.

When you’re sitting on your laptop or phone, quietly doing your work – of which Twitter forms an important part – the last thing you need is your timeline springing up people, who lead an uninformed, mis-opinionated and misled life, expressing their outrage on important issues. It gets worse if those people happen to be opinion makers or journalists.

For a sane person that you are, it should be easy for you to just shrug it off and get on with your life. For an always-on-the-edge and intolerant-of-the-ignoramus-putting-on-a-spectacle-of-their-morbid-stupidity person that I am, I feel like my testicles are on fire till I don’t help them see the light.

That may come off as an arrogant statement, but I do pride myself as someone who only expresses his views once I have processed enough data and have the complete picture of the topic right in front of me. This is why I refrain from expressing my otherwise very strong political views, because one can never be sure whether the information, which shaped those views, was even legit in the first place.

Anyway, here I am with yet another Twitter-rant piece.

What a surprise that our resident leftists – the people who fondly and very cutely refer to themselves as intellectuals – would pass a disparaging remark on the Modi government!

Okay, I’ll save the sarcasm. So, here it goes:

Pratik Sinha of AltNews tweeted this:

“India has completely mismanaged the COVID situation. We are staring at an uncertain future. Our economy is in shambles. Health infrastructure is tottering. Companies are laying off people. Let us question the opposition as to how they failed to control the situation.”

As expected, the andbhakts from the Left showered a lot of love in the form of Likes and retweets and posted their own uninformed, mis-informed opinions and memes in the comment section.

Now, unlike the last few times, I won’t take you through the entire conversation, but highlight a couple of tweets or comments I posted.

To those who say Modi govt has mismanaged the #COVID situation, please step back a little and look at the whole thing a little more objectively.

It’s common knowledge that the coronavirus numbers are under-reported across all states. And, there’s no mechanism to find out which state leads in this regard.

So, we will have to make do with the numbers we have.

As per the reported numbers:

It’s one thing to have a political ideology and quite another to follow it blindly, abandoning all rhyme, reason and logic.

Dear leftists, don’t be that label that you throw around at people who disagree with you, don’t be a bhakt of the opinion makers of your ideology.

If a Nidhi Razdan or Newslaundry tweets something or publishes an article, stop taking it as a gospel truth without doing a fair bit of research on your own. Think for yourselves. Maybe, just maybe, you will start respecting yourselves more.

Also, while you are at it, answer the following question too:

Again, use your brains. Don’t run off to Anurag Kashyap’s timeline to look for the answer. You won’t find it there.