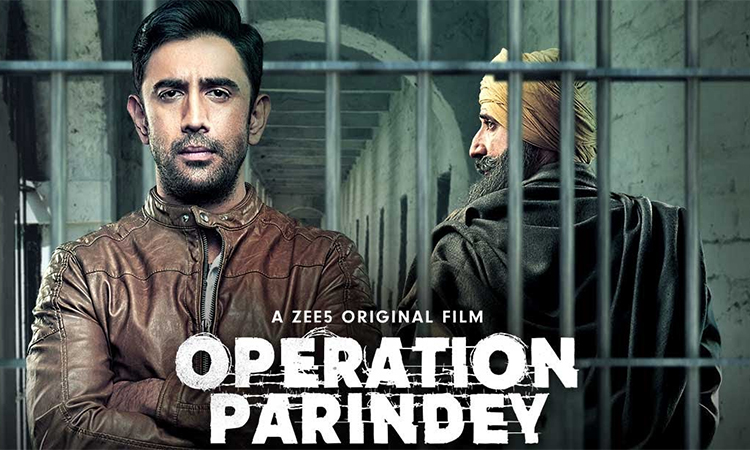 Operation Parindey gets the audience to deep dive into the lively dynamics of jailbreaks and the cat and mouse games between cops and criminals, grabbing you by the lapels and not letting go, writes Rohit Raina.

The latest offering from ZEE5 Movies, starring Amit Sadh and Rahul Dev in the lead roles, is a taut web series that is entwined with a gripping tension and manages to keep you on the edge for most of its run-time.

Inspired by true events, Operation Parindey is a dramatized account of an infamous jailbreak that made headlines in certain quarters of the country. Pabbi (Aakash Dahiya) attacks a jail in Punjab to help some inmates escape. One of those inmates, Monty Singh (played by Rahul Dev), has plans to unleash terror in India. It is left to the Special Task Force (STF) lead by Abhinav Mathur (Amit Sadh) to capture Monty Singh before Monty’s plan comes into fruition. Everything transpires in twenty-four hours.

The opening shot of Operation Parindey gives us a glimpse into the old-world charm of Nabha, Punjab, with a beautiful folk music as the background score that adds to the authenticity. Post that, Sanjay Gadhvi, the director, wastes no time in getting to the point, a narrative style he maintains through the film. It works both as a strength and a weakness; while there is no dull moment anywhere in its 55 min run-time, some scenes do appear undercooked and rushed.

Gadhvi is fully aware that he isn’t presenting a unique story, so he makes up for that telling it in the most simple, intelligent and compelling fashion. The screenplay keeps things tight and manages to steer the film away from clichés and formulaic bits like corrupt cops, evil villains, and so on. As a breather, there are a few jokes sprinkled throughout, but fortunately there isn’t any Sikh stereotyping to be found anywhere.

The film does falter at a couple of places, especially the climax which is rushed and may appear convenient to some. Adding a couple of minutes to the chase sequences wouldn’t have hurt. But one might give drawbacks a pass as Gadhvi scores doesn’t try to force down your throat doses of jingoism, over-the-top action, and unrealistically heroic heroes.

The biggest thing that works in the film’s favour is the fact that it is laden with good performances from nearly every cast member. Amit Sadh leads the back and is so effortless that we’re getting the feeling that he can sleepwalk through any cop role. Aakash Dahiya plays a character who is restless and in angst for the most part, and there are no false notes in his performance. Rucha Inamdar is a revelation in a small but important part she gets to play. But one actor who shines above everyone else is Rahul Dev.

Playing Monty Baba, Rahul is almost unrecognisable under that beard and makes the most of it. Even the simplest of scenes are held together by his performance as he truly gets under the skin of his character, not just by the means of a perfect transformation, but also by the simmering menace he brings to the proceedings. His is a brilliantly written role that doesn’t fall prey to the done-to-death machinations of evil Hindi film villains. Even though he plays a villain who is unapologetic about his evil intentions, there is a depth to him that makes Monty baba as dangerous as a conniving terrorist is.

Telling a nearly one-hour story with a climax that you see coming from a mile, Operation Parindey is simultaneously predictable and tense.