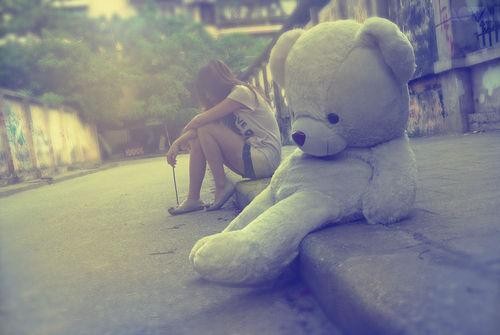 It’s called sweetheart hopping..And, yeah, you might do that when you are still ‘officially’ with the one you are in L-O-V-E with. But that wouldn’t be hopping on, right? That would be balancing-on-other-boats-as-you-try-to-ride-just-one-perfectly. Who are you fooling, huh? Admit it or not, you have managed to come far enough with your Sugarcandy, taking along all the others that you’ve had even an inkling of liking for. And, you’ve been saying ‘Luv You Baby, Muaah’ on every single chat window that you ever opened on FB. But still that doesn’t make you a sweetheart hopper or an SH. An SH is someone who has been playing a fair game with every single one of his crushes. An SH is someone who has been able to love them all equally. He has broken hearts, one by one, and kept every single story so similar that he has rather become a pro in his ways. Those who know him know his game plan too, like the back of their hand. So they are able to save themselves from the trap, unbitten by the venom of love and untouched by the scent of lust. Unfortunately, there is just a handful of such wisdom.

The SH breeds on the majority of foolishness. The majority who has never been a part of the game. The majority who needs to know what it is to be treated like to loveliest ‘shit’ ever! Both hence mutually agree to be a part of the game. Only that SH plays out of habit and the prey plays out of, for the lack of a better word, foolishness. After all love is foolishness, second that? You know who emerges a winner at the end. You don’t have to take any wild guesses at that. Yea, it’s always the SH! Hail the hopper! And how tactfully he hops, you’d be so amused at it that you’d rather end up thinking like the SH lost it all to you. Applause! He makes you believe like the one and only in his love hyperbola, which begins and ends at you. Applause! He confesses that if you leave it will be a needle prick that would deflate his dreams made of love particles. Applause! He convinces you to leave – for your own good. Believe me, he’s done that before and knows the consequences. And you, yes you, you’ll be left all shattered not knowing what next comes your way. You decide to leave half-confused, half-dismal. SH still manages to keep your heart trapped. (And, somehow he manages to be in your good books; likewise, with all the former sweethearts he ever hooped on and off of).

Are you nodding to whatever you just read? Wise you are I must say. And if you just took it all too good to be true, manage to hack SH’s email sometime and unveil all the stories bare in front of your eyes. Just be careful of those teardrops from rolling. Don’t waste them on a game-plan.

Gaming Essentials: A Gamer’s Guide to Gaming on a PC

How To Recognize The Signs Of A Loved One Needing Rehab