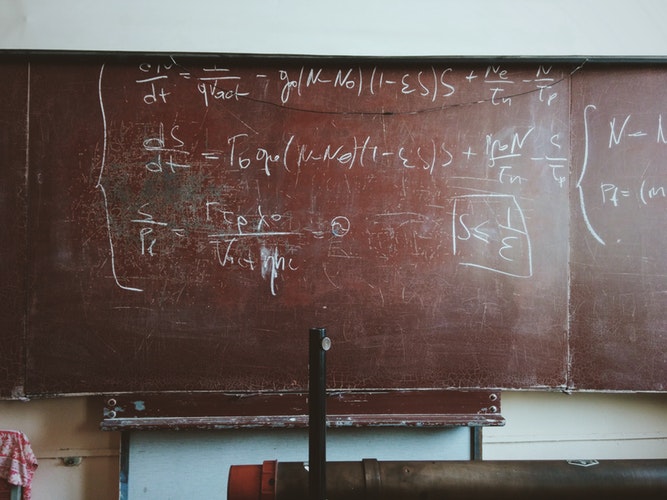 Here is a poke to the lovers and non-lovers of Mathematics: You have to enjoy it or it will intimidate you, wink at you and mock you into submission. That said, there is no end to the tasty nostalgia, your dreadful memories notwithstanding.

So, I list down some of the concepts that consumed all our childhood while trying to decrypt them, only for those silly grades. If one of the readers happens to be a school-goer, do know it’s not just your schools but also the Math workbooks for distance learning where you can get a grasp of the important concepts.

Boy, don’t we miss these!

Definition: Pythagoras Theorem states that in any right-angled triangle, the area of the square of hypotenuse side (ages since we wrote the word hypotenuse) is equal to the sum of the areas of the squares of the smaller sides (the two sides that meet at a right angle).

Pythagorean was a magic door to solving the most complex problems of geometry, and learning it was apparently no effort. It was the sweetest realization ever when attempting a class test, you realized that the question with highest weightage was the one revolving around Pythagoras theorem.

Consider this for a memorabilia:

Using the principle of zero products, which says,

Don’t the above 8 lines bring back a whole Tsunami of memories? So, how many of you can still get through the question without tripping?

After warming up with counting from 1 to 100, Unitary Method was our first official date with Mathematics. And I wager, it was a not-so-interesting one. The grumbling apart, Unitary is one of those *few* concepts that still applies to the real, non-geeky world.

Now, here was a question in exams we seldom got wrong. Whilst finding medians was a cakewalk, the concept of Mode did require a bit of scratching around.

While df/dx was a no-brainer, a∫b always winked at me in ridicule. The fact that Integration was just a reverse of Differentiation sounded so easier said than done. Integration was endlessly compounding, with one equation leading to another and we never knew when we reached the final level of union.

Inseparable names like Laurel and Hardy, Permutation and Combination goes about its business at a very lazy speed. No matter how easy you find solving problems with these methods, you would end up quitting mid-way.

Not sure how many second me, but it has been a while since we roamed this knotty territory. The nostalgia, however, refuses to shrug off.