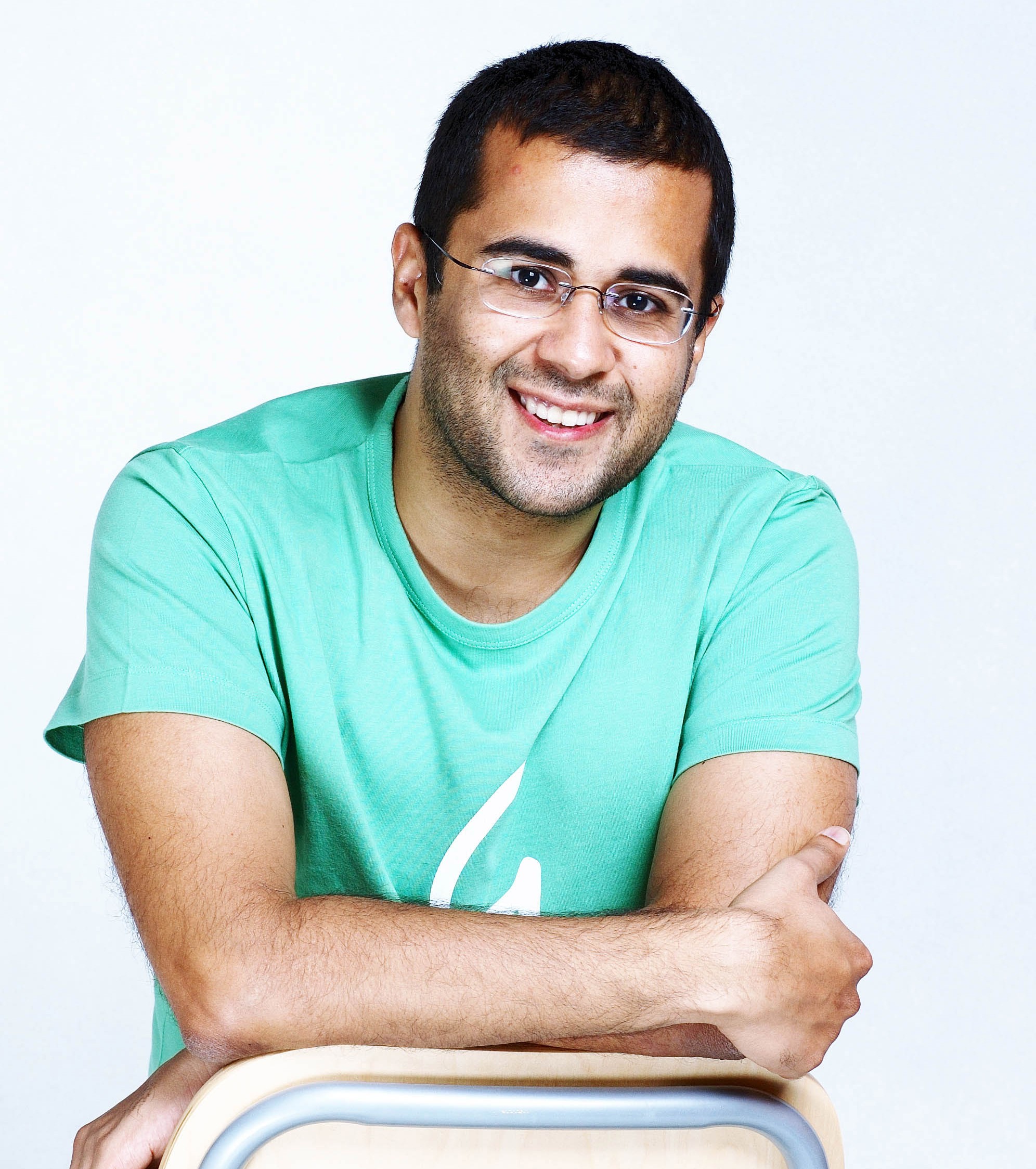 You won’t read a Chetan Bhaghat if you want to get into a Shakespearean groove. It’s a Five Point Someone that you can cuddle with in your bed, on a rainy day. It’s a 2 States that you can read with soft music on. You can’t multitask with Bernard Shaw – that’s literature and that’s serious. Chetan Bhagat is more of lounging around. So you pick one when you are in the metro or tucked in a café waiting for your friends to pour in.

Chetan Bhagat does not believe in much ado. Period. So he puts fat as fat, not as chubby. That’s why most accuse him of not being *eloquent*. Yet, fan feedback, which matters much over any media attention grabbing gimmick, says that Chetan is their literary hero. And why not! He has turned many book-haters into voracious readers.

I have had my share of Chetan Bhagat books. I’ll also admit that his writing has not made me like him more than I like a certain ‘Shobha De’ or a ‘Rushdie’. Speaking purely from strategic intent, Chetan Bhagat is clever to portray and project enthralling subjects in a clear-cut and sharp manner.

He doesn’t leave you guessing – Precisely. And, to be honest, it’s not a good idea to skip page by page in a curious search of the murky plot. Bhagat’s book put you in a habit to read from the beginning to the end. You are in no hurry to see a dead character resurrect somewhere latter in the plot. Not that you aren’t interested in what’s in store. But that you somehow know the end, yet are encapsulated enough to pick up the paperback book and breeze through its weightlessness.

Speaking about the themes that his characters spin around – they are quite real (both the themes and the characters). That is exactly why every other book by Bhagat is on its way to becoming a Bollywood flick. For those who don’t know – ‘Kai Po Che’ based on 3 Mistakes of My Life will be soon running in theatres.

Let’s look at Chetan a bit through his own eyes. He says his comparison with Rakhi Sawant amuses him. Well, it amuses us more when they call him the Charles Dickens ofIndia. And, it literally puts us in a moral tizzy when a certain Amish is praised for ‘being well on his road to becoming the next Chetan Bhagat’. Personally, I couldn’t devour a Melluhan story in a single go. And, it will take a considerable time before I pick it up back once again. The grammar was just too haywire. Again, Chetan scores well on the basic English. Works for me!

You might ask ‘Why Chetan Bhagat of all?’ Because where sarcasm ends, the real fun of anecdotal humor begins. For once, I may confuse his books to be novels but at a second thought I know they are comics meant to be exactly how they are – short, crisp, filled with imagery (minus the thought bubbles) AND so REVOLUTIONARY!