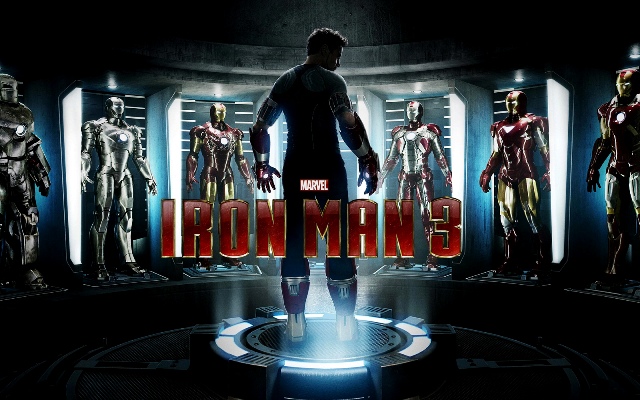 The verdict for the latest instalment in the Iron Man series is out. Here is what critics have to say about Iron Man 3:

Black and his co-screenwriter, first-timer Drew Pearce, have great fun reshuffling the deck, teasing about who might occupy what superhero suit and morphing the story along with identity revelations and expansions of the dramatic horizons; the well-chosen cast members respond in kind with virtually palpable glee.

The third time is neither a particular charm nor the kiss of death for Marvel Studios’ robust “Iron Man” series, which has changed studios (from Paramount to Disney) and directors (Shane Black subbing for Jon Favreau) but otherwise toyed little with the formula that has so far generated more than $1.2 billion in global ticket sales. The inevitable franchise fatigue ― plus a markedly unmemorable villain ― may account for the feeling that “Iron Man 3” is more perfunctory and workmanlike than its two predecessors, but this solid production still delivers more than enough of what fans expect to earn its weight in box office metal.

Tony Stark might be playing with suits, but there’s a cartoonishly fearsome fundamentalist loon on the horizon called The Mandarin, and he’s sending parable-filled messages and revelling in making America crumble like a fortune cookie. Iron Man 3, then, is a film about Tony talking to people: To Rhodes, to an impressionable young kid, and to his girlfriend Pepper. And when someone like Black’s writing words for Robert Downey Jr to say, we’re in business. Kiss Kiss, Clang Clang.

And then there’s Robert Downey Jr himself, immaculately inhabiting both suit and smirk. The actor has taken the character and really, really run with it, and his version of Iron Man — younger than the comics, less of a drunkard, as much (or more) of an egomaniac — is now more definitive than the character in the books.

Calling ‘Iron Man 3’ a mixed bag doesn’t really do justice to the heady peaks and interminable troughs in this scrappy but overwhelmingly likeable superhero sequel… Despite his unimpeachable screenwriting CV, this is only Black’s second film as a director… and it shows. When he’s in his element Black delivers the goods in style… But he seems out of his depth during the larger set pieces… The result is a film which never settles into a comfortable groove. It tries to be an angsty ‘Dark Knight’-style game changer, an ’80’s-throwback action romp, a nudge-wink pastiche and a CG-fuelled spectacular. It’s undeniably entertaining – and worth seeing for Kingsley alone – with the misfires never fully overshadowing the moments of glory. But in the wake of the triumph of ‘The Avengers’, ‘Iron Man 3’ still feels like something of a disappointment.

Three signs you’re watching a Shane Black movie: it’s Christmas, there’s a meta voiceover, and some of the best lines are dispensed by designer-suited henchmen. Pleasingly, Iron Man 3 ticks every box. Just as Joss Whedon pepped up The Avengers with his unique brand of jocosity, here, despite the sci-fi trimmings and goliath budget, it feels like Black’s been given carte blanche by Marvel to do his thing. The result is a swinging caper with wit, balls, heart and exploding baubles. It’s Kiss Kiss Bang Bang with a lot of extra bang. And, by some distance, the Man In The Can’s best solo outing so far.